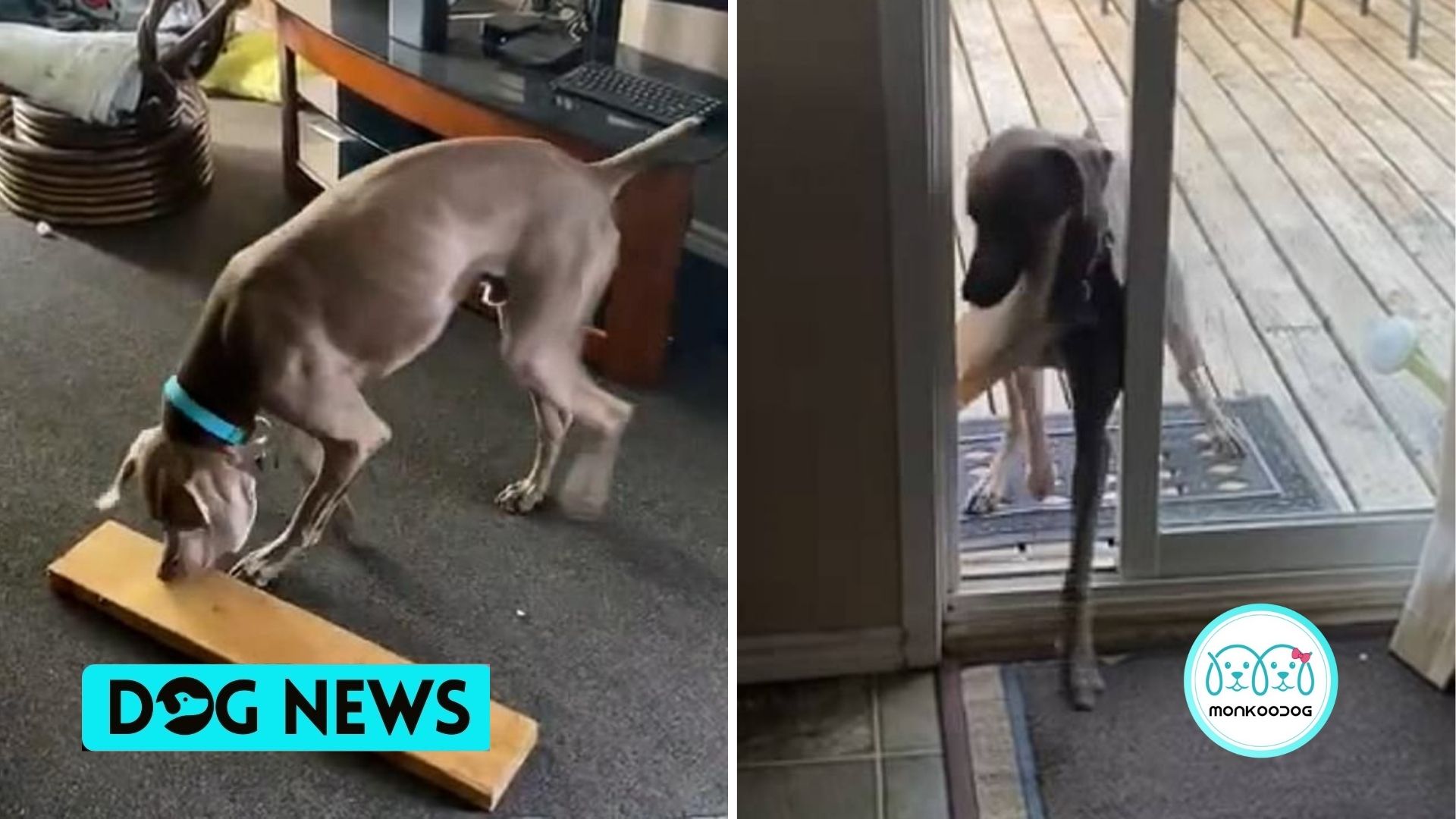 A little pooch named Wally found an interesting thing to play with outside his house. It was a long wooden plank which really made him excited. He was biting and scratching the plank and playing with it for a while. Soon he wanted to bring the plank inside the house which looked like a little complicated task.

Recently, In Ontario, a smart dog got famous on social media as he used his smart brains to do something he wanted and didn’t give up on what he desired. The video was shared by the owner of the pooch Susanne Westwood on social media and went viral soon.

Considering the width of the door and the length of the plank, the dog could not enter. He tried multiple times but didn’t succeed. He even got frustrated after multiple attempts of forcing and exerting pressure but to everybody’s surprise, he didn’t give up.

Also Read:- Once Abandoned Loo, Found Her Forever Home Just Before The Festivities.

His owner recorded the whole incident wherein the pooch used his smart brains to figure out a way to bring his new toy inside the house. The pooch suddenly changed the direction of the wooden plank in his mouth and picked up the plank in a little vertical/horizontal position. And voila, it worked. He finally entered the house with his newfound toy.

After he achieved what he wanted, Susanne shouted ‘ Oh smartypants, You did it. ‘It was hilarious and surprising to see Wally finding a way to figure out what he wanted’ said Susanne.

The video ends with Wally feeling a sense of accomplishment and sitting peacefully in front of the TV with his newfound toy.

Social media users called Wally a smart pooch. Wally proved ‘Where there is a will, there is a way’.