Turkmenistan Gets A Huge Dog Statue Made Of Gold 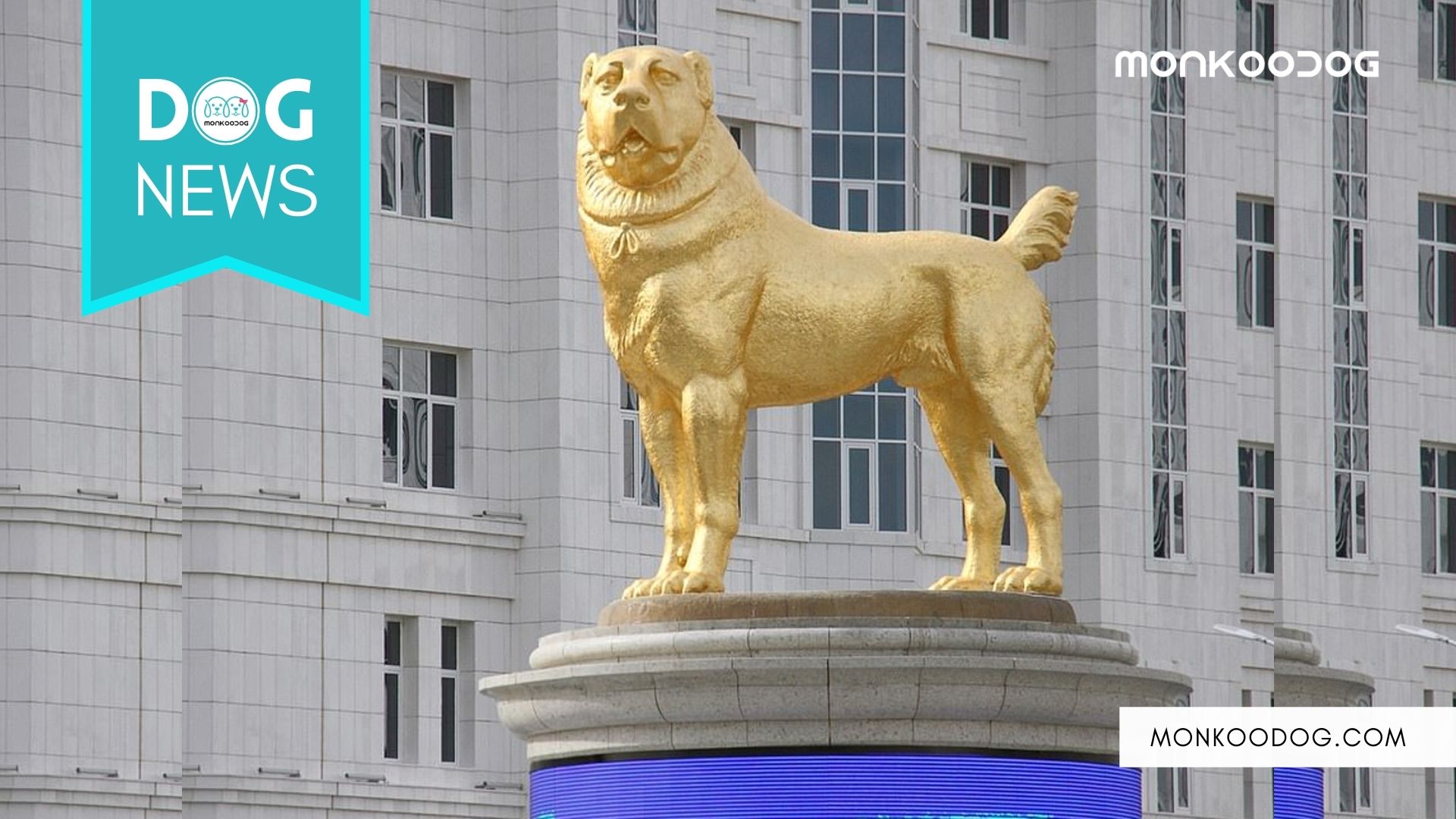 What is the highest honor you can think of for a dog with an extraordinary contribution to society? A medal? A film? Special mention in history books? How about a giant statue? That too of Gold? Yes, that’s what the President of Turkmenistan, Gurbanguly Berdymukhamedov did. He decided to dedicate a huge gold statue made of Gold to his favorite dog breed, The Alabai. Honoring dogs that have made their own mark in our society is not new. In 2018, Mumbai Police gave the hero Labrador retriever of the 1993 Mumbai Bombings Full State Funeral upon his death. So, dedicating statues to such lionheart dogs is not new either. But dedicating a huge statue made of Gold? Now, that is something special.

This Tuesday Gurbanguly Berdymukhamedov unveiled the statue for the Alabais in the capital of Turkmenistan, Ashgabat. The statue is 19 ft or 3 meters in height. The statue also has a giant LED screen wrapped around the pedestal showing up videos and images of the Alabais in action. This statue is joined in another statue by Gurbanguly Berdymukhamedov of him riding a horse, also made of Gold. He is known for his affection towards the local Ahal Teke horses, depicted in the statue are known for their beauty and stamina.

The Alabais is the national pride of the small desert nation Turkmenistan. This isolated desert nation often makes headlines for their pride around dogs and horses. Gurbanguly Berdymukhamedov is a long-time leader of Turkmenistan and this is not the first time that he has come under the limelight for his praising the central Asian shepherd dog. Earlier he wrote a book on Alabais, a poem, and also gave the breed the crown of national heritage.

If you already know about Gurbanguly Berdymukhamedov, or we can say the unofficial Arkadag (the protector) you already know that he is the one that gave President of Russia, Vladimir Putin an Alabai puppy in 2017. Though it is important to note that Gurbanguly Berdymukhamedov was heavily criticized by world media after videos of him holding up a dog in the air by its neck went viral.

Coming to the new gold dog statue, state media of Turkmenistan reported that the statue reflects the “pride and self-confidence” for which the Alabais are famous. The statue stands in a busy residential area of Turkmenistan that is designed for civil servants. Alabais is a Turkmen breed of Central Asian Shepherd dogs. They are popularly known as wolf crushers in Turkmenistan and popularly used to guard sheep, goats, and homes. The breed’s prowess also includes amazing performance in dog fights, one of the most popular forms of entertainment in Turkmenistan.

The cost of making the statue is still unknown and it is no surprise coming from a country that grabbed the last position on the Global Freedom Index for Press. Yes, Turkmenistan ranks even lower than North Korea when it comes to Freedom of the press. You will also mistake to think it is a rich country seeing the grandeur revelation of such a magnificent statue. The country mainly depended on its natural gas reserves, the majority of its population below the poverty line. But that surely doesn’t discourage Gurbanguly Berdymukhamedov to flaunt his love and dedication towards the heroic animal breeds. During the inauguration ceremony of the statue, a young boy was given an Alabai puppy. Among Gurbanguly Berdymukhamedov’s other friends that have got the privilege to get horses or puppies as gifts from him are some big names like the late Uzbek President Islam Karimov and the Qatari emir. How this long-time leader shows off his undisputed love for the animals in the future, will surely be interesting to see.