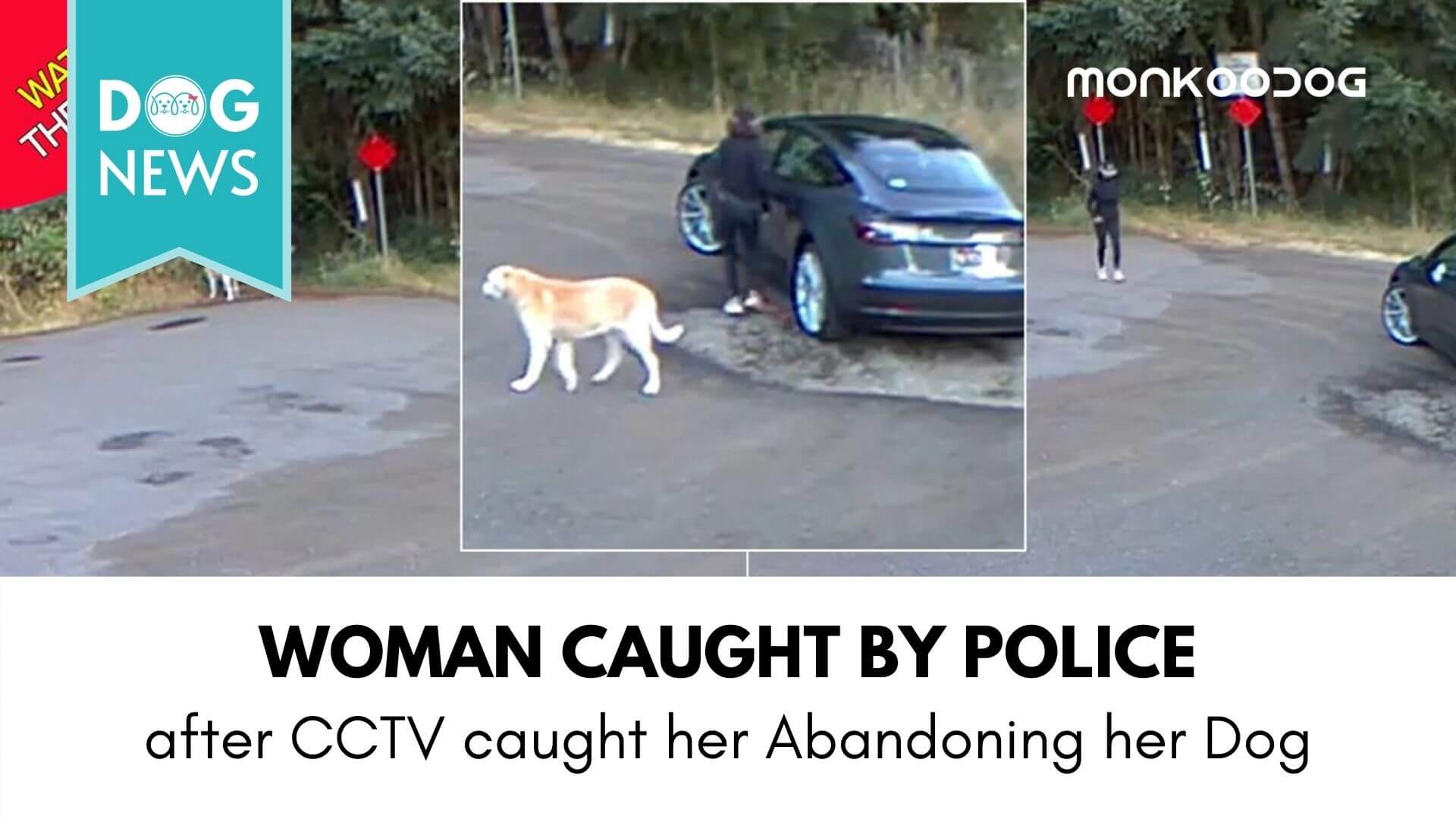 Abandoning pets has been one of the most inhuman acts of animal cruelty that mostly goes unpunished. Many people adopt or buy pets without much thought. However, this impulsive decision, later on, becomes a cause of grave danger and stress for the poor pet.

Vancouver recently saw a similar incidence where an elderly Labrador was abandoned at a park. The uncertain fate of the dog along with the cruel human being who escaped being punished would have been sad news if not for the CCTV in the area.

A family living near the Orchard Park of Clark County, Vancouver had installed surveillance cameras on the front yard and porch for safety reasons. However the footage of Saturday, 8th of August. 2020 recorded something else.

A Tesla can be clearly seen arriving near the U-turn of the Park, a few meters away from the house. A woman gets out of the car and is seen dropping a dog right in the middle of the road. To prevent the dog from following her, she is even seen luring it into the nearby green trail before quickly running back and driving off immediately.

The poor dog seems to have no idea about what had just happened. As soon as the family saw the footage, they called the Animal Rescue and Shelter of Clark County for assistance.

The dog, “Henry” as found out later, was an elderly 13 yrs old labrador who was immediately taken in by the Humane Society. After the initial filing of the complaint, the woman was quickly identified using the Tesla registration and was called into Clark County for further investigation and punishment in regard to her offense.

After the Humane Society posted the story on their official website, many volunteers came forward immediately ready to adopt Henry and even donations poured in for his care and medications until adoption was finalized.

It is rare to be able to find the perpetrator because of a lack of evidence. Most of these abandoned animals either do not have a tag or identification or are abandoned at minimum surveillance areas. The fate of these poor animals often leads them to kill shelters, illegal dog fight zones.

A few who are lucky are able to get a new forever home or go to animal rescue shelters, but in the majority of the cases, the abandoned dogs are not so lucky. Though animal rights activists are trying their best to minimize such incidences, things do keep happening and abandoned dogs and other pets are often reported.

Clark County officials have stated that Henry was being very well taken care of. They also assured Animal lovers and the general public that necessary steps will be taken once the investigation is complete and the offender would be punished accordingly.