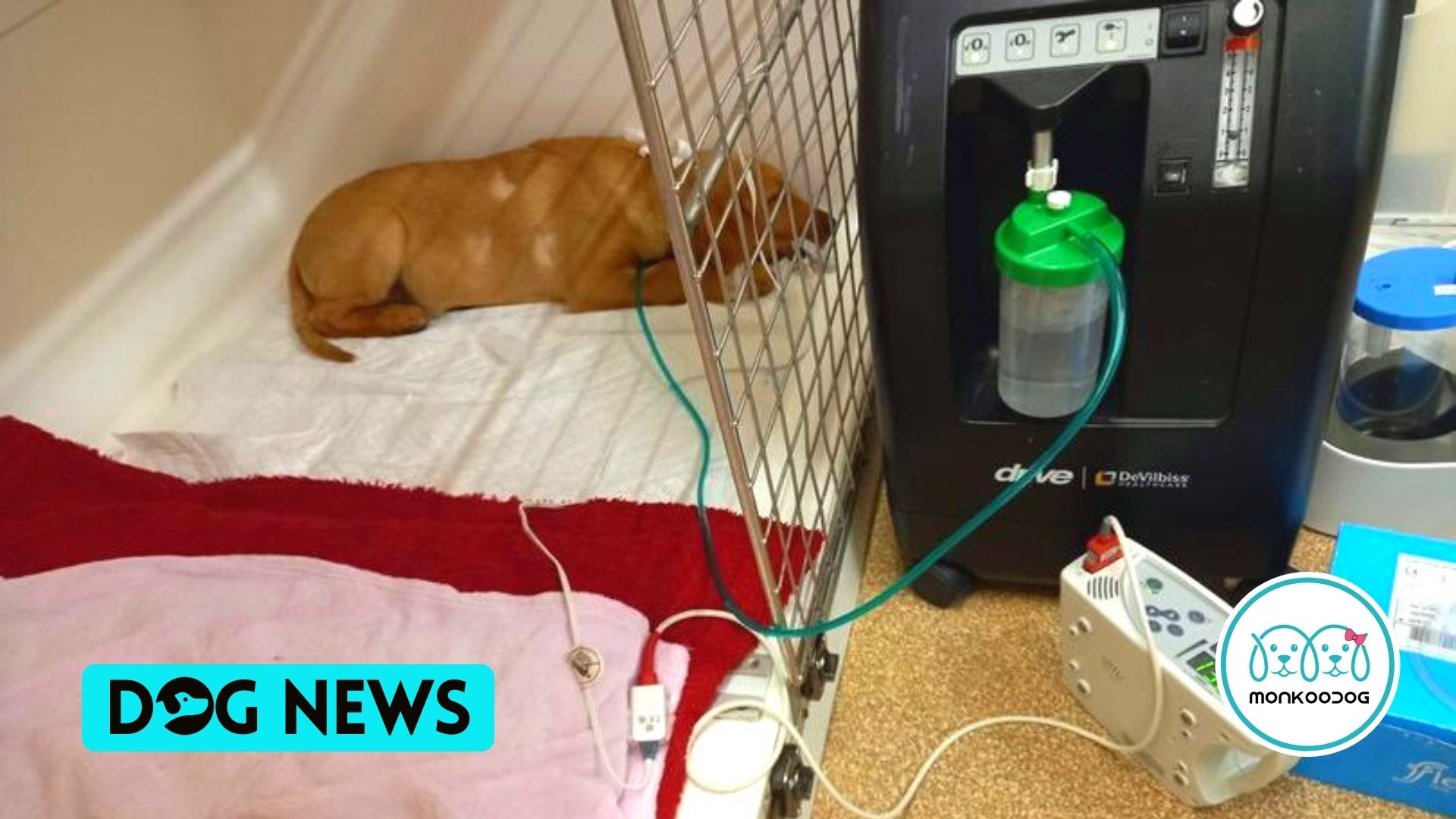 Home » Warning: Vet issued warning to Dog Parents after a puppy lands up in intensive care due to a stick.

Warning: Vet issued warning to Dog Parents after a puppy lands up in intensive care due to a stick.

The young Brodie, while playing with the stick, was running towards his owner when the stick in his mouth hit a grassy bank, forcing it deep into his throat.

According to the reports of CheshireLive, the injured Labrador Brodie, suffering the distressing injuries was admitted to the Northwest Veterinary Specialists (NWVS) in Cheshire.

On examination, it was reported that the little pooch had the stick penetrated and deeply stuck into his throat.

The vets discovered that the deeply rooted stick had scraped off the surface of the little Brodie’s voicebox. The intensive damage resulted in the young Brodie requiring three days in intensive care, owing to the breathing difficulties.

The Young Pup was operated by the local emergency clinic, under the supervision of Prue Neath, the clinical director of NWVS, and a specialist in small animal surgery. The young pup has since made a full recovery.

Prue Neath in her statement reported that the young pooch, owing to his gruesome injuries was suffering from breathing difficulties and gagging due to extensive swelling of the back of his throat. To control the situation, the emergency clinic had to place a tracheostomy tube in his throat, to monitor his breathing.

She further informed that the young pup went under a  CT scan that confirmed there were no signs of the stick tearing through the wall of Brodie’s throat.

Therefore no extensive surgeries were required and a tube was placed for feeding, through the side of his neck. As of now, following his recovery and checkup, the young Brodie is doing quite well and is back to his mischievous streaks.

Nevertheless, it is important to remember that the horrific incident landed the young fur-boy under high-dependency care including oxygen, IV fluids, tube-feeding, tracheostomy tube care, and multiple medications.

Therefore, Prue particularly emphasized taking this terrifying accident as an example of why the pet parents should try and avoid letting their pooches play with sticks.

She was quoted saying that though it is understandable to keep your pooch physically and mentally stimulated, it is also important to choose safe yet fun options to achieve the same.

And sticks are way far from the list of safe options, as they present a host of dangers, ranging from damaging mouth, throat, and stomach from catching, being impaled on one that’s become stuck in the ground, to infections caused by penetrating fragments of wood and inadvertently swallowing sticks.

Hence it is highly advisable for all dog parents to opt for dog-safe toys as alternatives to sticks, minimizing the risk and chances of drastic accidents.

If you own a dog and want to give your best to it.

Monkoodog Application helps dog owners like you to keep track of your dog’s health and sends you timely alerts for due vaccination or medication and much more to make Pet Parenting easier for you.

What are you waiting for? Download the App now!

PrevPreviousThis Coonhound Broke the Record of Having the Longest Ears in the World. a New Record Was Made in the Guinness Book of World Records.
NextA Dog Owner Booked Entire Air India business class cabin to fly with her dog.Next