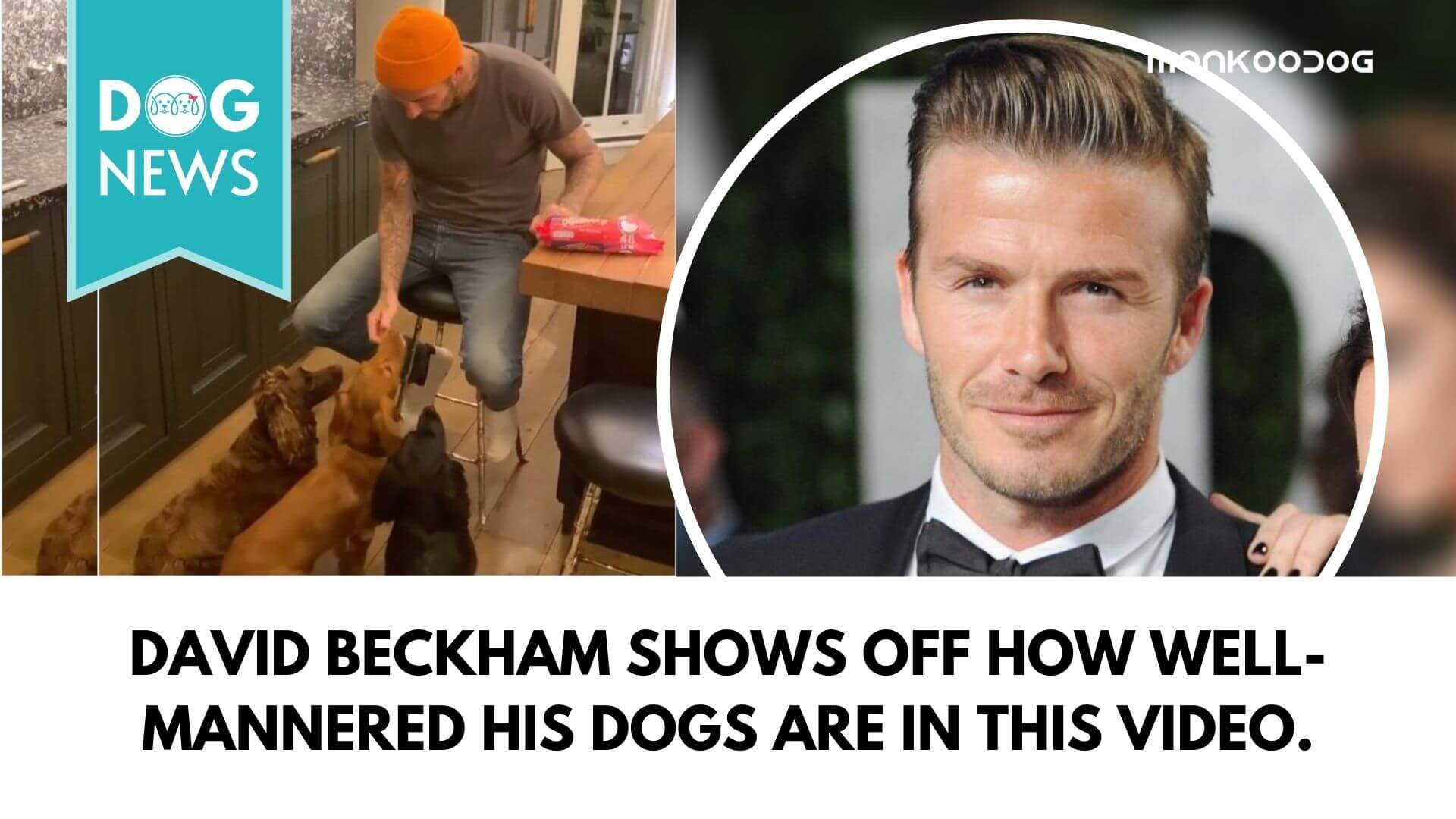 David Beckham, one of the greatest Football legends may have retired from the professional football world but he certainly has remained in the limelight. A favorite icon among the global football scenario, this Ex-Real Madrid English footballer is also regarded as one of the nicest celebs.

Since the pandemic had begun, the Beckam family moved to their secluded second home at Cotswold, England. However, despite the social distancing norms and self-isolation, the Beckham couple has been a regular contributor to their various social media profiles.

For the past couple of months, David Beckham and his wife, Victoria’s feed has been all about their 3 dogs.  Often noted for funny videos and pictures with the 3 canine members of the Beckham family, David recently was given a prestigious title by wife Victoria.

In reference to the legendary Ceaser Miller known for his uncanny ability to understand dogs, Victoria gave the title of “The Dog Whisperer” to her husband David in her most recent social media post.

The post contains a hilarious photo of David giving instructions to their dog before giving them treats while all the 3 of the dogs following all the instructions. The ex-Spice Girl Singer turned Fashion Designer Victoria Beckham believes that David has the uncanny ability to read their dog’s mind.

Named Olive, Fig, and Sage, the trio has been with the Beckhams at their Cotswold property along with the children of the family Romeo, Cruz, and Harper. The family seems to be enjoying a much-needed family time that they had missed out in recent times due to their busy schedule.

While David has been brushing up his cooking skill and Beekeeping talents, their eldest son Romeo has been practicing hard for the upcoming football season. The dogs seem to be more than happy to have the entire family exclusively to themselves and far away from the prying eyes of the media.