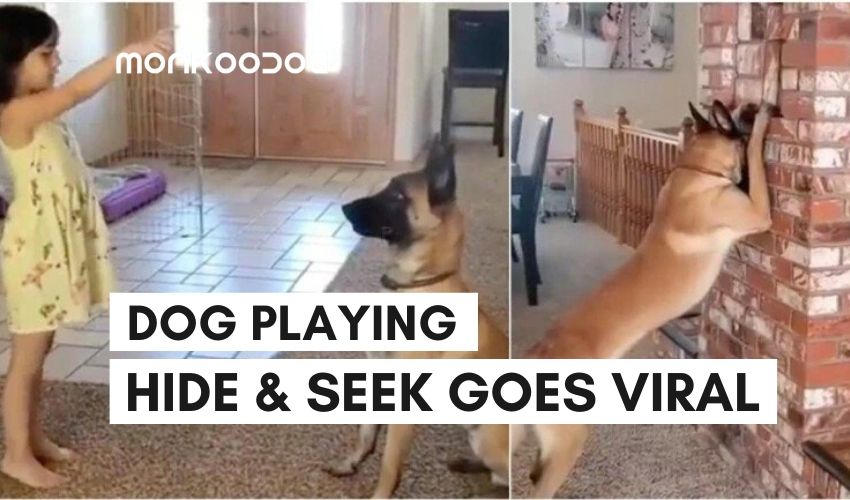 The world is under lockdown due to a calamity no one could ever predict. However, despite being indoor, pet owners are trying to find every creative means to keep their pets busy. Once in awhile the hidden talent of the pets is often disclosed as it happened in Hyderabad.

A video posted recently has gone viral on social media because of how unique and genius the main protagonist of the video is. In the video originally posted by Omar Von Muller, a dog trainer from the USA,  a very cute girl is seen playing hide and seek with her friend Monkey.

However, Monkey is not another kid. Rather it is a young Belgium Malinois, who seems to be keen to play the game. Garnering over 2,500,000 views, the video originally captioned “He actually played?” is a hilarious one because of the entire episode. Check it out.

The girl calls in her dog to play hide and seek and Monkey immediately turns around to hide his face in between his legs as if to not peek. A few seconds later he slowly turns to check if his playmate is around only to hear her say, “No peeking”

As shockingly hilarious it may sound, the dog quickly decided to hide his face again to not be caught cheating. When she says, “Come find me”, monkey actually turns around to go and find her. This entire episode shot by Monkey’s family when posted went on to become an international viral video.

Many people have commented with praise for the immense intelligence of the dog for being able to actually play a game that most Humans play as kids.