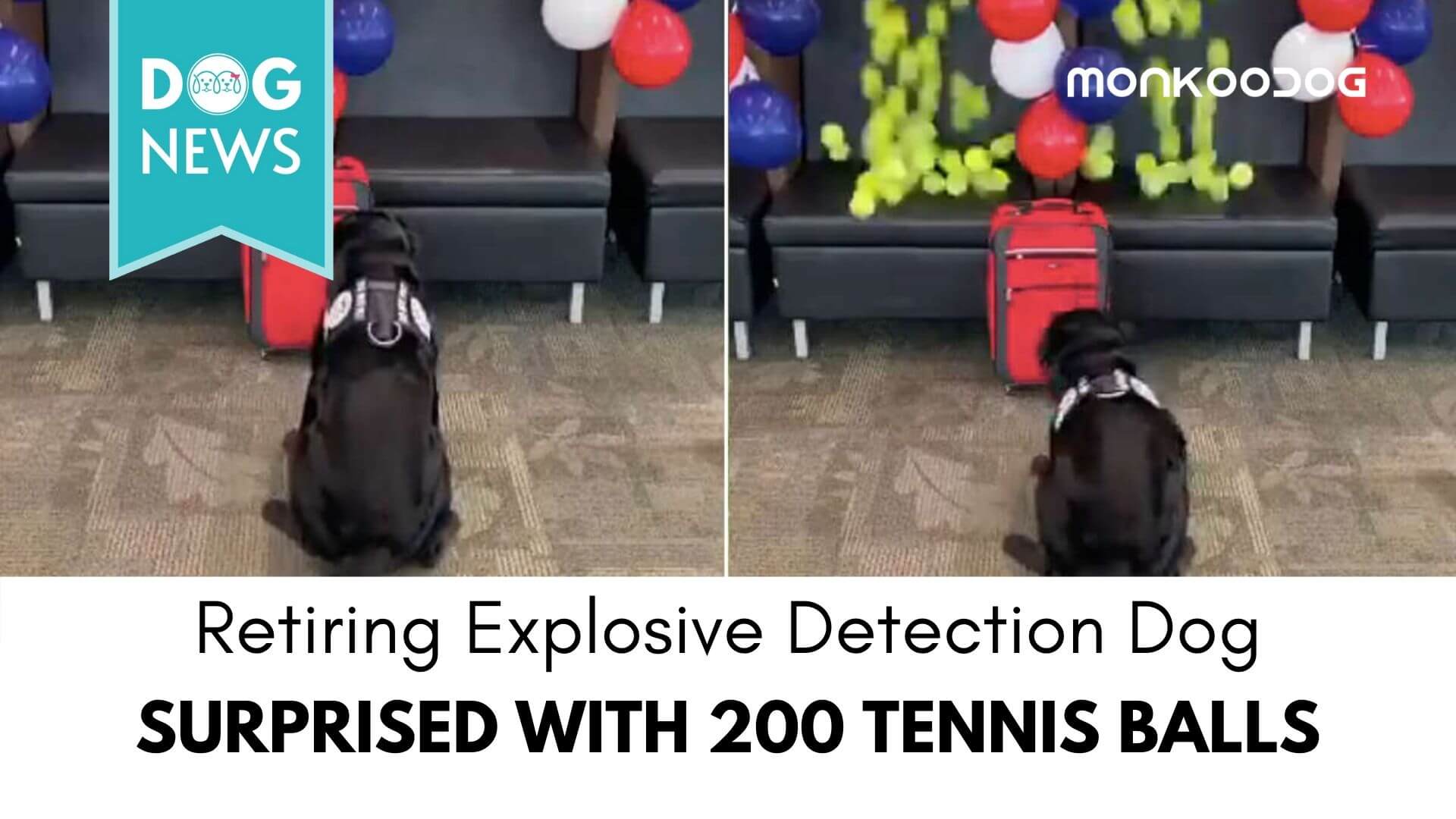 Retiring from the Police force is one of the proudest moments of anyone’s life. A retirement party is definitely a great way to commend someone for their loyal and constant devotion to save and serve humanity. After all Police force spent each and every waking moment of their lives keeping us safe and sound.

However, this retirement celebration organized by the Indianapolis TSA explosive detection unit has become a worldwide internet sensation after the video of the party was posted online. However, the star of the Surprise retirement party is a four-legged cuddle buddy and not human.

Ttirado had been working with the Indianapolis Airport k9 explosive unit for the past 8 years. The adorable black labrador was one of the most liked squad members who is known for his intelligence and a keen sense of detection.

His retirement from the force was meant to have a huge emotional impact on the entire team so a grand surprise was planned by the team for him. Interestingly enough Ttirado was named after Hector Luis Tirado Jr., a brave NY firefighter who lost his life during the 9/11 Twin Tower Attack.

After more than 8 years of service @INDairport, @TSA explosive detection canine TTirado has officially retired. He was adopted by his handler Keith Gray and will spend retirement at home with his family. Check out this clip of his final bag search and reward! ❤️❤️❤️ pic.twitter.com/efRwPFrmDi

In the video, it can be seen that Ttirado goes into an immediate professional pose on seeing a lone red suitcase waiting in front of him. The moment he moves forward slowly to smell and identify the case, hundreds of yellow tennis balls are seen falling all around him from above. The excitement and happiness to be able to play with so many balls at a time have Ttirado hopping and jumping around the balls.

The video posted in their official twitter handle by Mark Howell, TSA’s regional Spokesperson has officially garnered 24,000 likes and has been retweeted 5,300 times. With over 300 comments and counting, the star of the show has been showered with loads of love and appreciation for his long career.