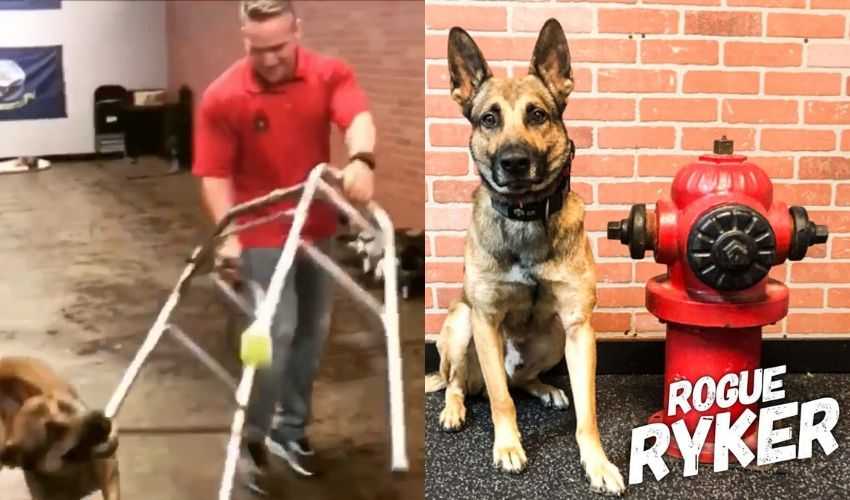 There is no other animal as funny and as lovable as a dog and we all know that. Since the beginning of civilization, dogs have been an integral part of our lives one way or the other. So, it is common to see dogs as service partners.

However, not all dogs can be a great service dog. Being a service dog requires plenty of personality traits, intense training and a certain level of intelligence. German Shepherds are often regarded as one of the best service dog breeds with exception to Ryker.

As a canine member of the Double H Canine Training Academy in Louisville, Ryker was expected to pass the service dog test with flying colors. It turns out that Ryker is a poor choice for a service dog.

The adorable video posted by the Canine training academy shows Ryker failing drastically in every test. What makes the situation hilarious is his absolute love for balls rather than humans and his extreme devotion to get one from anywhere visible.

They even posted a montage of his comical performance during the entire duration of the test that garnered a massive view count and laugh worthy comments from people all around the globe.

The laugh-worthy video showcases his dorkiness and complete oblivious nature as he tries to find balls in every possible nook and cranny. One incident where he fails to comprehend his role as a service dog and pulls on the lease of a wheelchair-bound man to fetch a ball can have even the most stoic of people gurgle with laughter.

The professional handlers at the Double H canine training academy are not worried even though he failed to pass out. According to the trainers, Ryker’s adorable and loving nature is bound to be useful in some other way for sure.

Someone rightly said, ‘If angels actually existed, then dogs would certainly be them’.