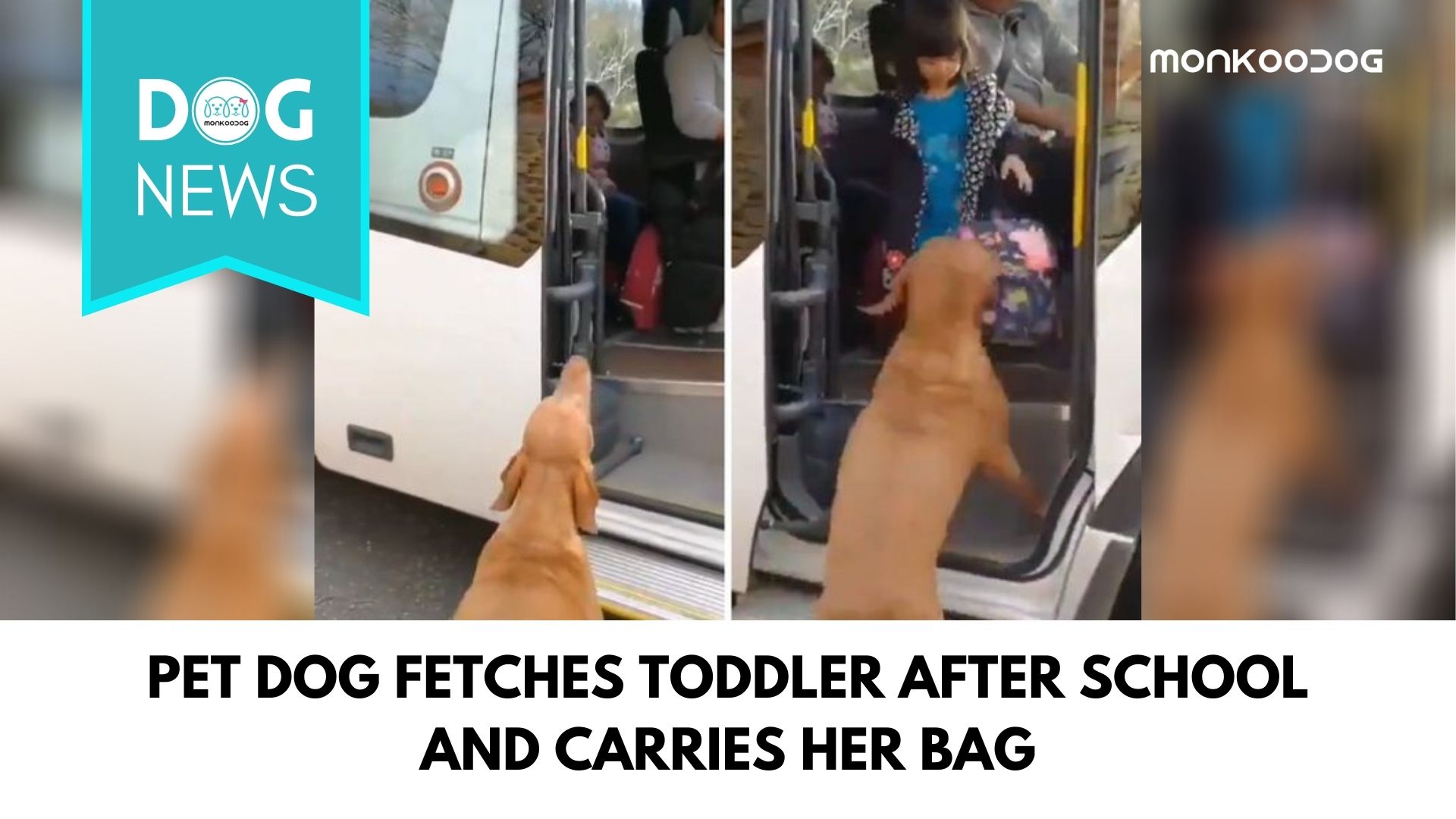 A captivating video of a pet dog bringing a toddler and fetching her bag post-school is trending online. It started circulating soon after being shared on the microblogging site namely, Twitter by ‘The Feel Good Page’. It is presumed to attract positivity and create fun among netizens on the internet surface.

The pet dog can be sighted waiting on the doorstep of a school vehicle and when the exit opens, he can be seen twitching his tail with joy for the infant stepping out. He subsequently moves forward to collect her bag and steps back with the infant accompanying her.

Pet dogs are exceptionally cute and lovable ones to adopt. They are the ones to own and love back unconditionally, to the one adopting them. They aren’t sufficient to communicate the way the human being does but can express their feelings and emotions far better with cute little gestures and behavior patterns that create a noteworthy place in everyone’s heart.

These amusing playful stunts of animals grab attention easily and get viral more often due to their fun-loving innocent character. It is also circulated as people find it organic and innocent. But the aforesaid viral video was streamed online and went on to become viral because of exactness.

The viral video of a pet dog fetching an infant along with her bag while walking out from the school bus gained huge popularity and garnered almost twenty thousand views approximately on the Twitter site. It was even shared widely on various social media platforms across the internet surface to create a fun environment for every internet user, especially for pet lovers.

Posted by a Chinese version of Tiktok, Douyin User by Yu Xi Ma Ma, the video footage is from Xinyang, a city in the Henan province of China. The lady had wanted to know how protective her dog is towards her daughter and decided to post the video online. According to her, the character of the dog is not unusual to them anymore as the pet does follow the same routine of dropping the child safely in the hands of the school bus conductor before turning to go back home. The same routine continues when the child is on route back home because the dog is waiting at the bus stand to pick her up.

Also See: Chained Dog In The Illegal Meat Market Of China Seeks Help From A Passerby