Viral Video: Face-off between two dogs and a Monitor Lizard 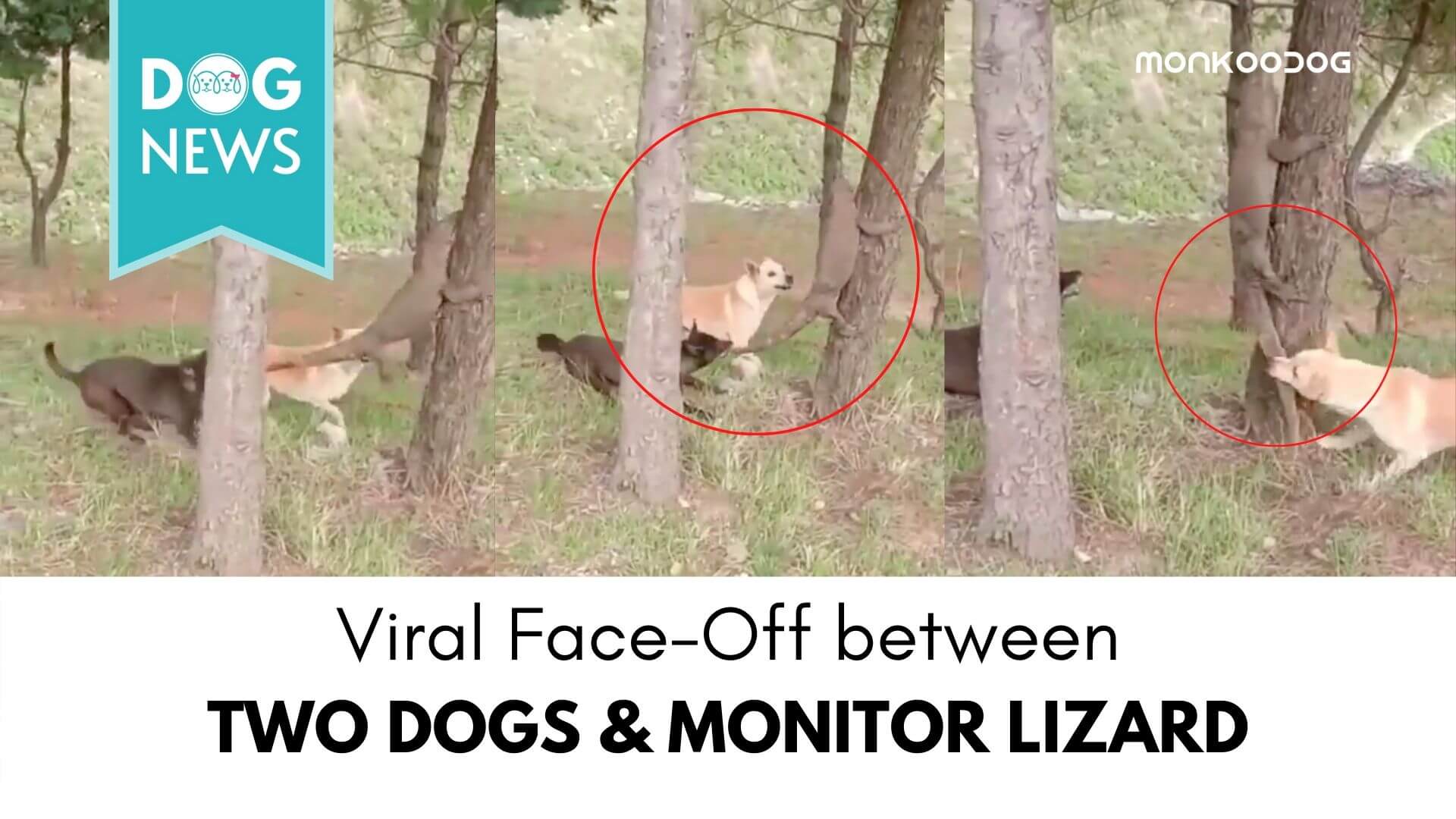 The internet never fails to churn out hilarious, shocking, surprising, and unbelievable content that goes viral instantly. A popular segment of this highly interesting content is centered around animals, mainly dogs.

The most recent video to go viral was that of a heated battle between two dogs and a monitor lizard. The 1 minute 30 seconds video was shared on Facebook by a user named Himanshu Bhatt, who caught it on camera in Uttarakhand. The video has multiple thousands of views and has been widely circling on social media since it was uploaded.

The video begins with the two dogs chasing the monitor lizard through a wooded area. The lizard makes an attempt to climb a tree and escape the dogs. However, the black dog begins tugging and biting its tail. The other dog slowly joins in as well. It is notable how the monitor lizard does not succumb easily and tries hard to hold on to the tree trunk.

In the entire video, we see the dogs trying to drag the lizard somewhere with its tail and they also bark at it. Also, it was reported that the people who were taking the video chased the dogs away and let the lizard escape. The video doesn’t tell us what the end was, but the fight was truly something.

Were you impressed by the determined dogs or the resistance of the monitor lizard? Tell us in the comments.