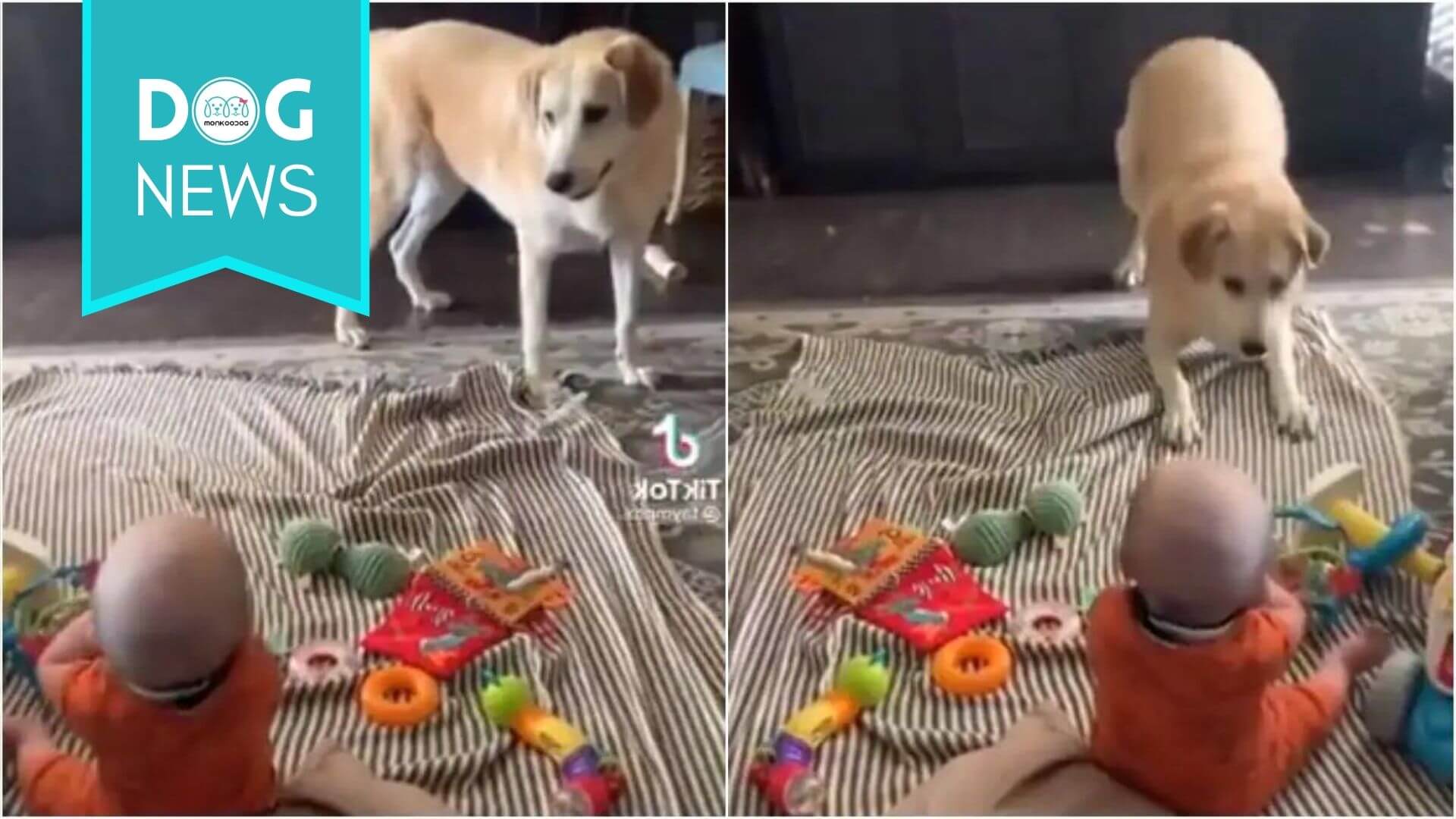 There is no doubt that dogs are the most adorable creatures in the world. They are rightfully a man’s best friend and the most loyal companions. Kids love being around dogs as well. They feel safe and comfortable around dogs and thus love to play with them. We find various videos and pictures of dogs and babies spending time together, doing the rounds of the internet. And every time we see one such video, we are in awe of loads of cuteness in those videos and pictures.

Recently, one such video found its way on the internet and in no time went viral. This loveable video has been all over the internet making netizens smile from one ear to another.

Take a look at this much-talked-about video to understand what we have been gushing over.

In this viral video, the little baby is spotted sitting on the floor and playing with his toys. While the baby does so, the dog can be seen pulling off various antic tricks in order to entertain the child who was meticulously busy with his toys. Once the baby finally notices the tricks being performed by the dog, he cannot seem to stop laughing. He seemed to really enjoy the various tricks that the dog performed for him.

Netizens could not stop gushing over this viral video much like us, some commented that the video had made their day, while others said that it was the happiest thing they had seen that day. Well, touch on that.