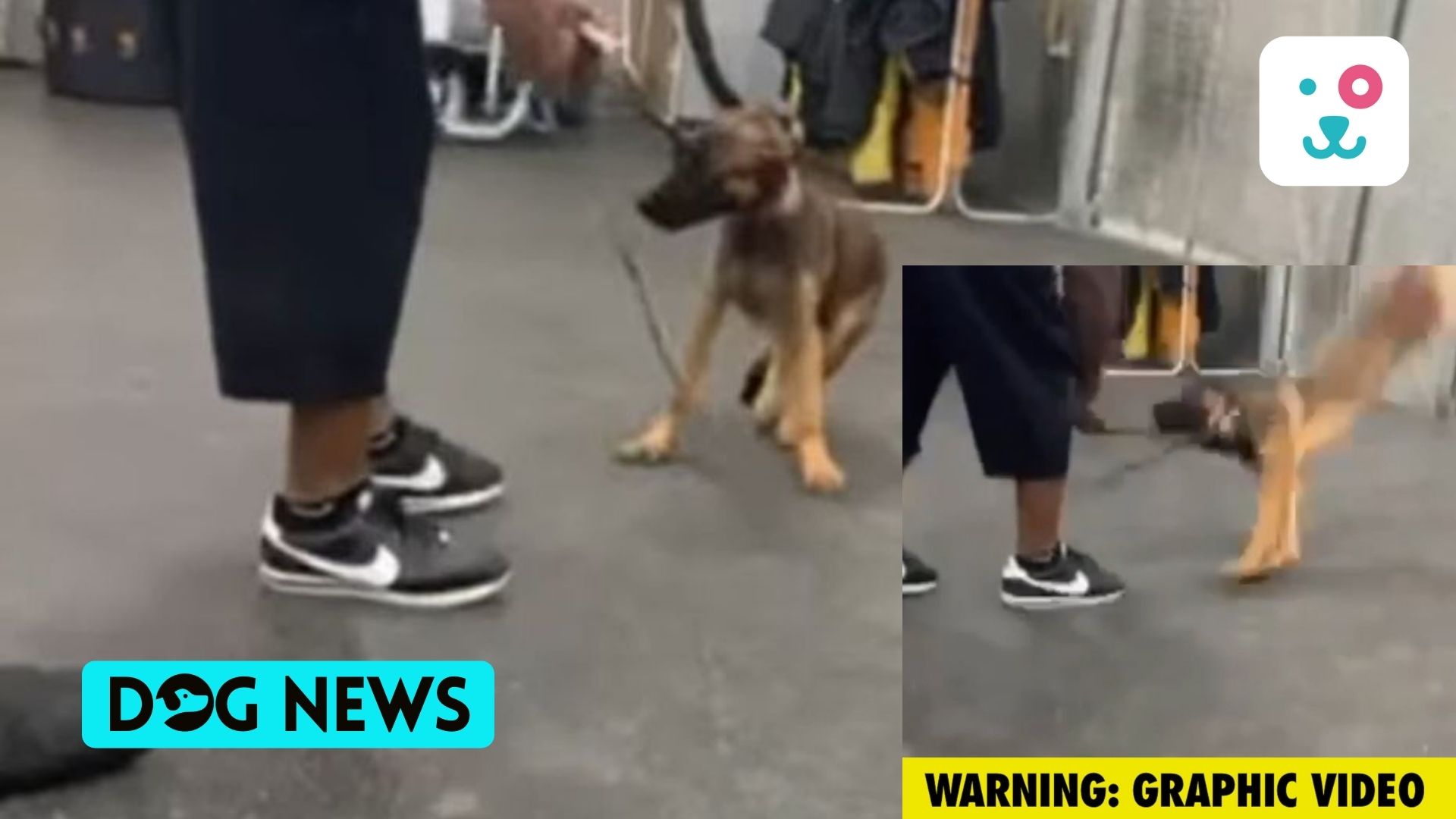 Home » WARNING VIDEO: The trainer slams a German Shepherd to the ground. Atrocity against the dog.

WARNING VIDEO: The trainer slams a German Shepherd to the ground. Atrocity against the dog.

Recently a video went viral all across social media, which can make you feel sick in the stomach. The video of a trainer brutally slamming a dog to the ground is getting viral.

The cruelty against animals organizations is investigating the case to punish the criminal behind this.

According to the primary evidence, the incident took place at this place called TyCalK9 Dog trainer center in Arcola, Texas, outside Houston.

People with weak hearts should try to not watch the video. It can trigger a whole lot of emotions at once.

In the video, it can be seen that a trainer gives some sort of command to a German Shepherd while training him.

To the dog’s bad luck, he did not pay heed to the command. The trainer lost his calm in the most atrocious way and picked up the furry creature by his leash, swung him over, and then very brutally slammed the dog against the cement floor.

In the video, it can be seen that the dog was crying out of pain when he landed on the floor, and he literally struggled to get back onto his feet. He was saved somehow and went through the pain.

This video made the viewers sick in the stomach. It led to the animal cruelty investigation by District Attorney.

The authorities said ‘The details can not be shared as the case is under investigation. The matter is very serious. We can not condone the crime against animals in any case. A thorough investigation is underway, and we are expecting the prosecution soon.’

Check out the video here.

In the video that went viral, the face of the trainer who committed this atrocity is not visible. But the training center where the crime happened has trained dogs for NBA superstars and a few TV personalities in the past.

APPSTORE
GOOGLE PLAYSTORE
PrevPreviousA Man Found a Pup Freezing on a Snow-Covered Road, Formed a Bond with Pup Instant.
NextThe Dog Gave a Serious ‘What the Fu*k’ Looks to the woman, when she picked the wrong dog from the salon.Next