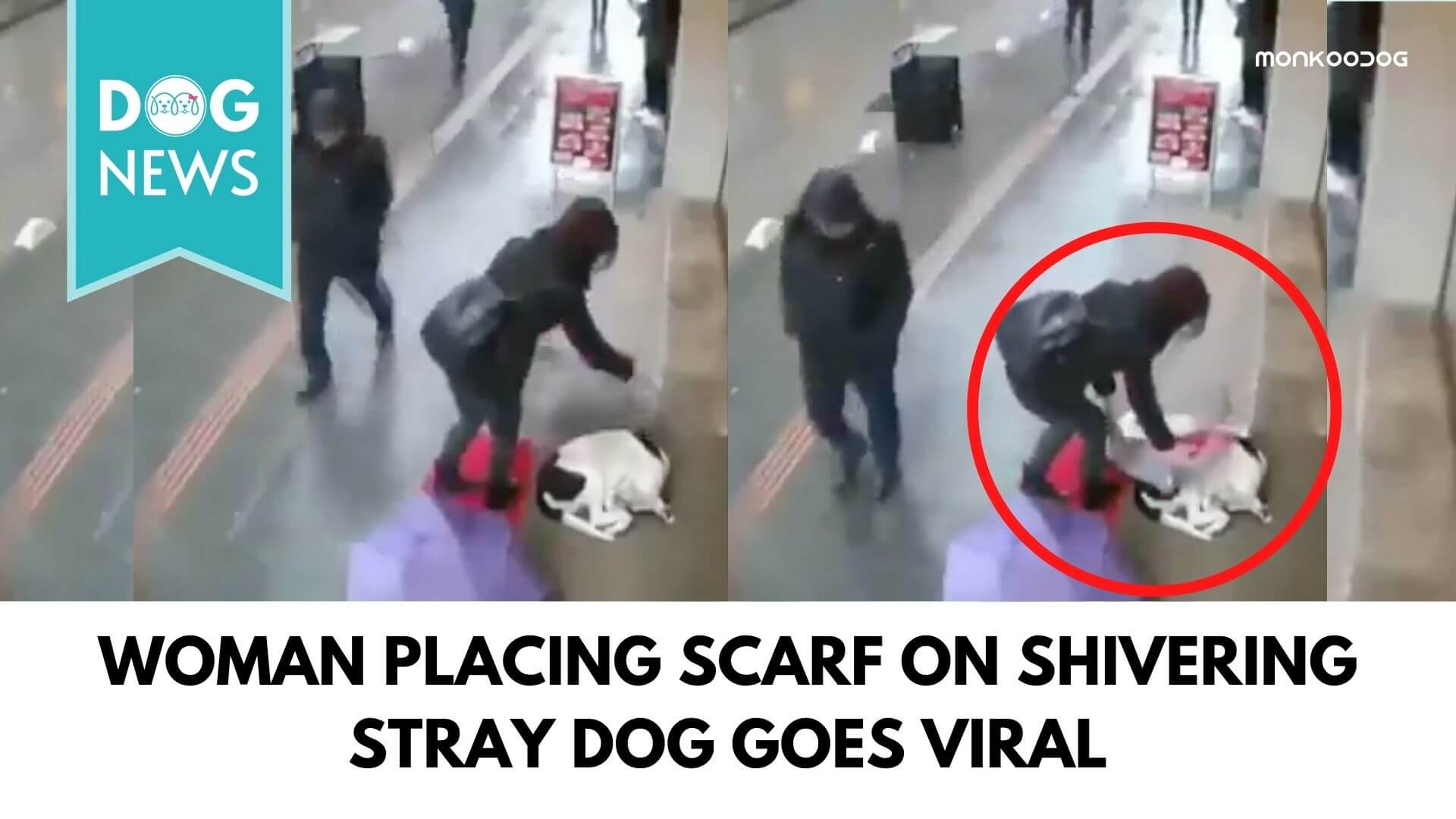 A Turkish woman’s unusual act of kindness towards a street dog went viral on social media last year. She was seen placing a scarf on a shivering stray dog who was out in the rain. In the video, she was first standing in the rain protected by her umbrella. Then, on seeing a street dog shivering in the cold rain, she went ahead and placed her scarf on the dog’s body to keep him warm.

This video, filmed in Turkey last year has resurfaced in social media again and it is melting millions of hearts all over again. People are constantly sharing and resharing it on various platforms as this video has molten people all across the world all over again.

Also See: The Story Of A Woman Who Dedicated Her Entire Life To Saving The Lives Of Strays Of Moscow

This act of kindness has swept hearts all across social media. According to Ladbible, the woman is a Turkish wan named Duygu Elma. This thoughtful and empathetic gesture won Elma a lot of global appreciation. The post was shared on Twitter by Indian Forest Services officer Susanta Nanda who wrote “God does not look at your possessions, but he looks at your hearts and deeds.” ( @susantananda3 )

This video has garnered thousands of views and appreciation on Twitter and people have mentioned how heart warming the video was numerous times on the microblogging platform.

Some mentioned that the woman has a heart of gold while others were happy that humanity is still alive. This small but meaningful gesture gave people hope in this fairly dreadful year.  In an interview with The Dodo, Elma mentioned that she didn’t expect her act to garner such viral attention. She said that she saw the dog lying out in the rain and couldn’t help herself when she covered him with her scarf. She has added that she is surprised at such global attention as she never expected it.