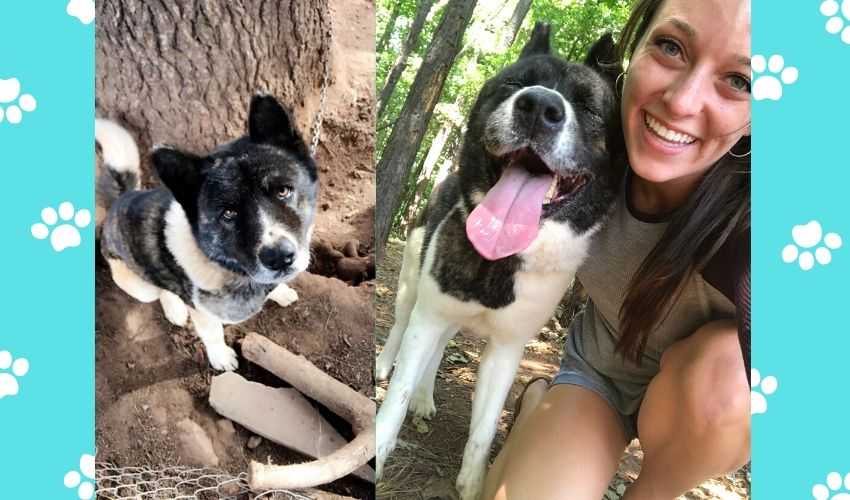 Laura Seymour is the happiest woman today because she finally has given a loving home to the adorable abandoned dog she cared for over a year. Her happiness seems to be so contagious that the news of Laura and the Akita pup has gone viral worldwide within 24 hrs of the news.

MY PARENTS ARE LETTING ME KEEP HER???? SHE WILL OFFICIALLY BE MINE FRIDAY MORNING!!!!!!! pic.twitter.com/kkMzCCz4wK

Laura Seymour, 29 years old from Virginia came across a fluffy pup chained to a tree. Initially she thought it was an abandoned puppy and reported it to the Animal Rescue. However, she was informed that the dog is taken care of as it had a proper dog house, water and food.

Visiting 3 times a week to feed it with proper nourishment became her routine.

This is the dog I want that I have been taking care of for 6 months now. I plan on asking her owners if I can buy her from them next week? pic.twitter.com/XNEBHUymRr

As the cold winters arrived, she decided to try once again and lodge another complaint with the animal rescue team. However once again her endeavor failed to bring a positive result. It still did not deter her and she kept visiting the dog.

HAPPY NATIONAL PUPPY DAY, to a puppy that isn't mine… but will be soon enough? pic.twitter.com/ID18YdU3FY

She studied the dog further and realized it was a rare Japanese Akita breed.

In her initial few months of visit, Laura never met anyone around the dog and nor did she find any sign of proper care and attention that the dog might have received in her absence. Laura named it Takia and made it a point to keep trying to find a way to rescue her. 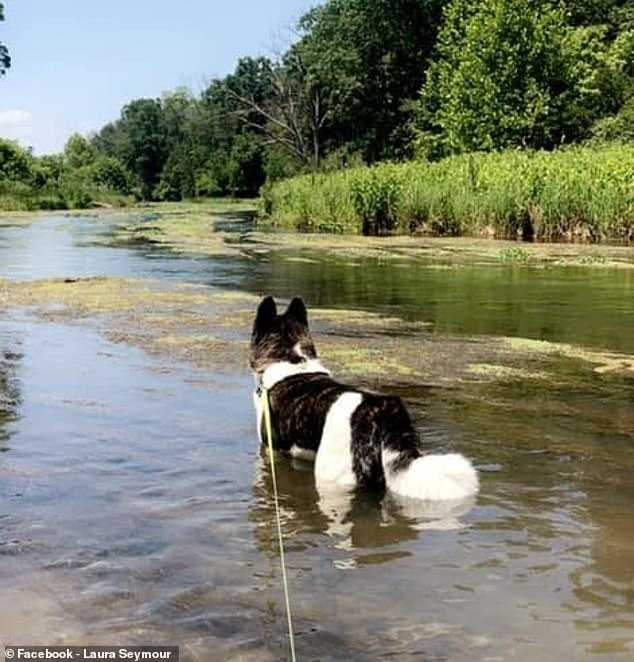 With Summer on way, Laura began to fear that Takia would not be able to survive through the intense heat waves. She decided to try again and lodge a formal complaint with Animal Rescue. A day later, the owner had been served notice to surrender the dog. On hearing the news, laura immediately decided to sign up for the adoption request form for Takia and her request got accepted.

A vet visit finally confirmed that Takia was 5 yrs old. Takia is a happy dog today with a warm and cozy indoor bed with toys.

PrevPrevious5 Million Hectares of Land Destroyed and Yet the Australian Bushfire does not Seem to Rest!
Next“Dogs are Creatures of Heaven.” Hence, Proved!!Next