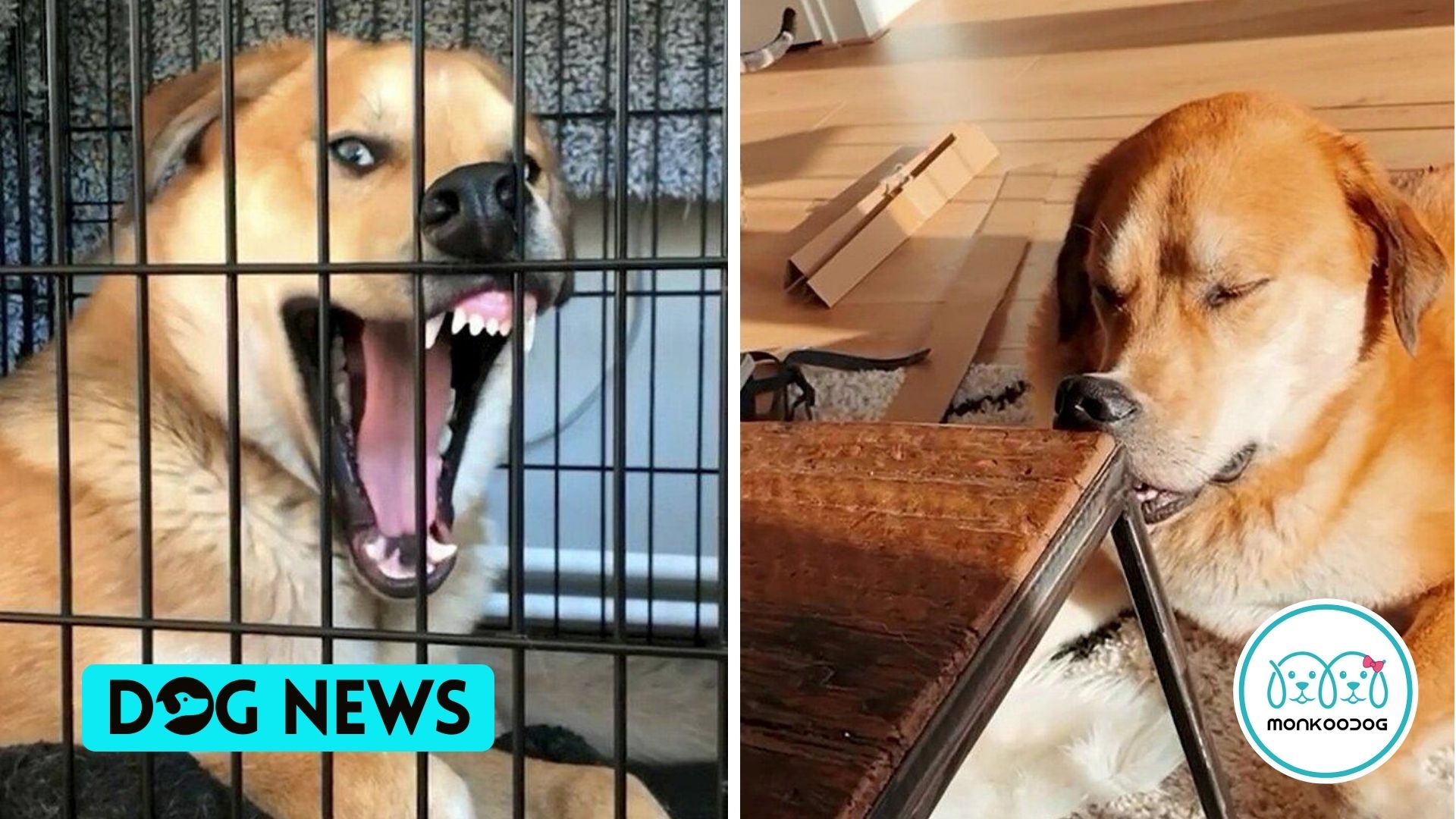 Leo, the famous Tiktok dog, is diagnosed with attention sickness. The pooch is seen squashing his nose against different objects and leaves his TikTok followers in gags.

The dog, in his videos, just pushes his nose in a very funny way against the objects he wants. He would also do other funny gestures including making very funny faces. The dog went viral on the internet.

Leo, the 2 year old goofball, was taken to a vet to check if his mental condition is alright. The vet diagnosed him as a mischievously adorable pup who just does these things for attention. He loves it when his viewers roll on the floor laughing.

His owner, Christine Holierhoek, 27, from the Netherlands, says that she got Leo from a farm in the Netherlands. She was at a low phase in her life and thought a dog could light up her days. When she got inside the farm, a little pup, whom we now recognize as Leo, ran up to her and jumped upon her.

It was the first time a dog has shown such affection to Christine. She knew it would be Leo she would be taking home. Christine and her boyfriend, Remi, 32, say that Leo is a confident dog. He is quite funny and isn’t afraid of anything. He loves all the attention he gets.

Christine and Remi noticed the nose squashing behavior of Leo for the first time when they saw him sleeping with his nose pressed against the bars. He was simply sleeping like that. That made them laugh so hard.

Christine checked this behavior on the internet and got worried as this behavior is also associated with health issues and mental derangement. They took Leo to the vet. After all the checkups and diagnosis, the vet reported that Leo is just an attention-seeking pup who is a diva.

Christine decided to make a Tiktok channel where she posts Leo’s shenanigans and that of her two cats, Mowgli and Bagheera.

Leo got instant admiration and love from the Tiktok community and became a very famous dog. Leo is lightning up many people’s days and making many stomachs ache with laughter with his goofiness. Christine is happy that Leo’s pretty blue eyes and his mischievous little nose are an object of talk on the Tiktok.