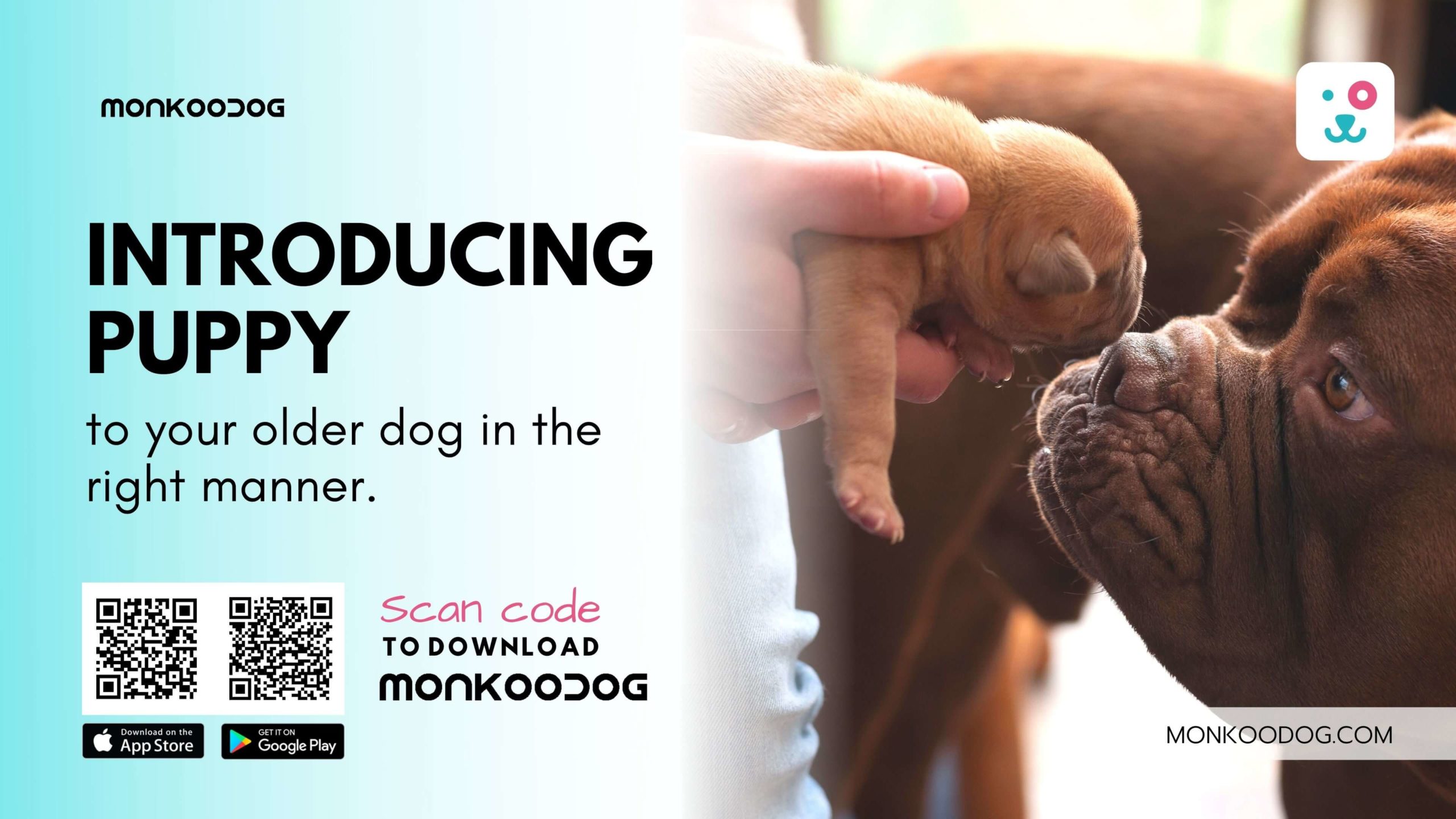 Having a dog in your life brings immense pleasure, and that immense pleasure is multiplied by the number of dogs you have. Dogs as pets are the best that you can ask for. They are giving, caring, and have unconditional love to spare. And anyway, is there any number of dogs that could be enough? Investing in a dog is what investing in happiness must feel like, and you must not think twice before getting another dog in your life.

If you have had a dog for some time and are considering getting another dog but are worried about whether or not the two dogs will get along or how they will learn to share space, would it be difficult to introduce them to each other in the first place? What would happen if they couldn’t get along? Etcetera. Do not be concerned; these are all very common questions, and the answers are all provided below.

There are several things to keep in mind, many things to do, and some other things to avoid while introducing a younger dog to your older pet, which would mean them getting off on the right foot, or if you may, on the right paw.

It is advised that when introducing a puppy to your older dog, you have both of them on a leash and introduce them outside your house without any hints regarding them sharing a house thereabouts. This would also be a way for you to control how the meeting goes. Give them time outside to get to know each other. Some dogs get along very easily in a neutral environment, whereas others take more time. The one thing that you can do is be patient with them.

This is one very genius way of making your older dog at home get used to the idea of having another dog at home with them before their arrival. What swapping scents mean is that when you end up deciding which breed you want to take home, you can ask the breeder to rub a cloth on the breed to get their scent, and you can bring that back to your house. This would prepare your older dog to mentally share their space with the new member of the family.

Please ensure that you have updated vaccinations for both the puppy and your older dog before introducing your puppy to the older dog. Not only are puppies vulnerable and prone to more diseases when they are younger, but they can also bring with them a lot of diseases that might not be good for your older dog. Do not rush into this decision. Ensure their vaccinations, get them checked up by a veterinary doctor, and then introduce them both.

In the initial days, give your dogs enough time with each other outside. Take them both for a walk together, allowing them to sniff each other as the dog world mostly functions on smell.

It is not advisable to leave your puppy unsupervised for even a single second during the first few days. Your older dog may not intentionally harm your dog, but he or she may cause some damage unintentionally. It is better to be safe than sorry, so try staying around your puppy at all times, but not in a guarding manner. Do not make your older dog feel left out or do anything that could put the puppy in danger. Allow both of them to try and get along with each other or play with each other while you are around.

Do not miss out on training sessions just because you are overindulged in the aftermath of introducing the puppy to your older dog. Training is a very important part of their lives that you cannot simply neglect. Also, training can be a good melting point for both of them.

Also Read:- A Man Brought An Old Dog Home To Let Him Live The Best In His Last Days.

Engage them in fun training exercises that end in treats, but ensure they are not being too competitive or aggressive by the end of it. This could also end up with them being natural playmates.

After you have gotten the puppy back home, there are going to be various activities involving them both, some likely to encourage and others not so much. Make sure you are there to see which activities you need to put a stop to.

Dogs have a different love language. Try and observe that and push them towards those activities like wagging, licking, and sniffing, which are some of the more common ones. Do not panic if you see them rolling around and over each other. That is how dogs roll with their kind, but be careful as not all puppies can take such playful activity around a big dog.

Puppies are more curious by nature and are going to be all over and about the older dog, which can be to the point of annoyance.

Puppy teeth are likely to chew on ears, jump over them again and again, tail nipping, etcetera, which is normal, but not if your older dog starts to growl or snarl. Immediately put a stop to any such behaviour and separate the two of them to prevent any mishap from happening.

Give both your dogs separate corners in a room, if not separate rooms. Supervision is essential in the initial days, so try putting a crate for the puppy in your room and then slowly and gradually shift him to the same room as the older dog. This is going to be new for both of them, so do not push any of them who might not be ready for it.

Try adjusting their mealtimes around the same time, as this might lead to a fight otherwise. Also, give them their treats a little far away from each other, as the competitive spirit might still overtake any one of them. This would also ensure their meal was eaten in peace.

Upon introducing a puppy to your older dog, you might see signs of the older dog bullying, the younger one by towering over them, taking advantage of their size, pushing them around, which could harm your puppy’s mental health, as well as their ability to be social with other dogs.

Notice signs like your puppy running away from the older dog or cowering behind you whenever, the older dog is around and put a stop to this.

There have been notable cases where dogs have also been seen to become jealous of each other. It is very easy to be partial to a new puppy in the house as they are smaller, cuter, and so adorable and would demand more care, but this might lead to the development of some ill feelings between your two dogs, which is not a great start to the friendship you want them to have.

Also See:- Training Your Dog For A Dog Show

Do ensure that you do not lessen your affection towards any of the dogs that are under your care, as all they ask for is love and affection.

Look out for differences in behaviour in your older dogs after introducing your puppy to them to see whether they are being less playful, lethargic, or aloof because this would indicate that they have taken this new puppy thing very seriously and are becoming sad because of the lack of attention devoted to them. Dogs get used to it, and it’s difficult for them to get out of it, so do not suddenly keep them away from the love and affection they were used to, as they might not be able to handle it.

At the very least, you’ll have to be extra cautious for the first few weeks until they get to know each other, which dogs usually do. Having two dogs in the same house is going to make your house full of love, affection, and laughter, so be prepared to give it all back to them in the same amount.