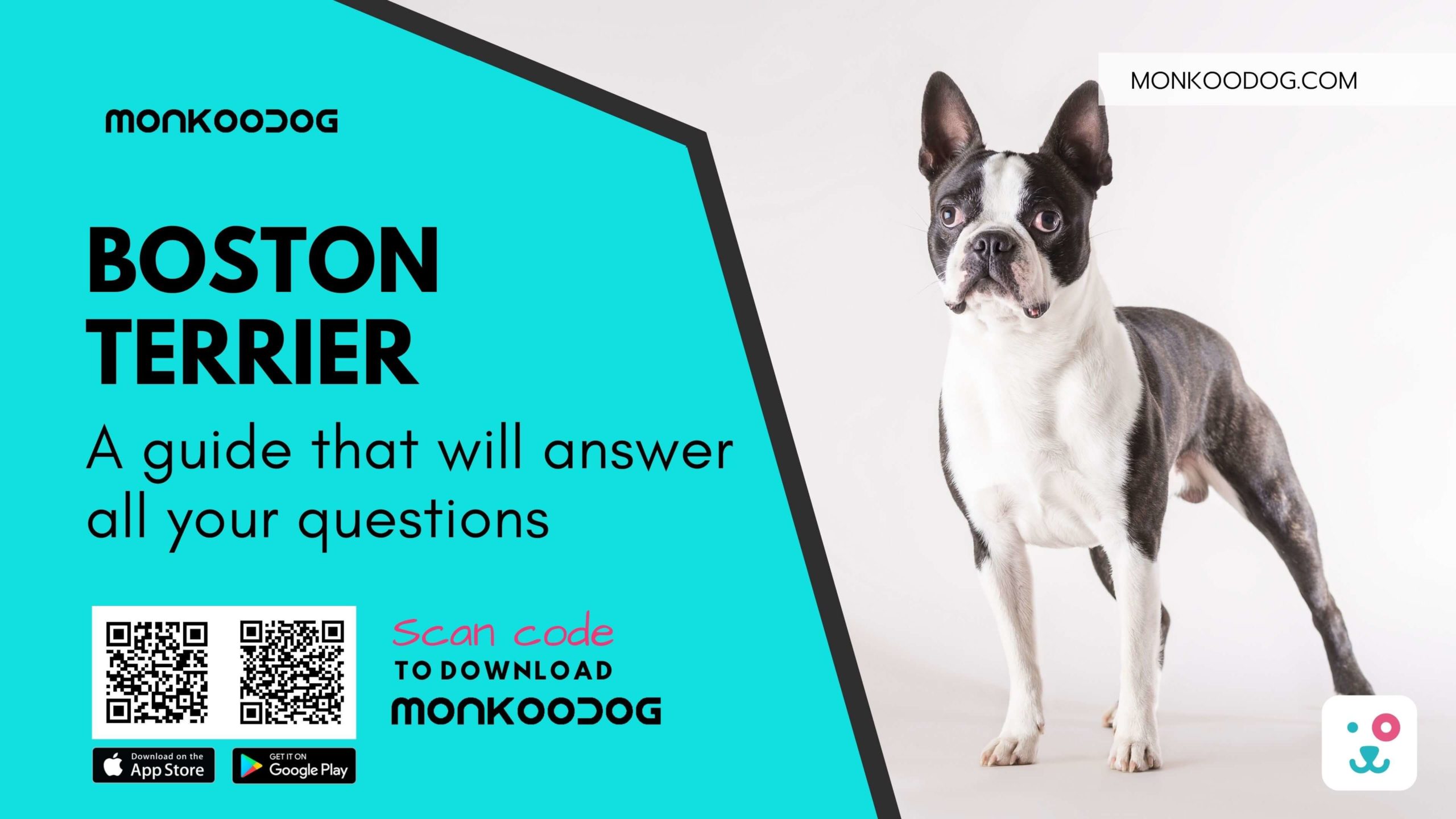 The Boston terrier is a sociable dog breed that enjoys being around humans. It appears to be a “small guy” dressed in black and white. These dogs get along well with other pets and are nice with youngsters.

These dogs, which range in size from 17 to 25 pounds, rarely bark. Dogs’ care requirements differ from those of several other breeds due to some potential health risks these dogs can live for 11 to 13 years with proper care, but some can live up to 15 years.

Since their inception a little over a century ago, the Boston Terrier has been a popular dog. Originally bred as fighting dogs, they’ve evolved into kind, devoted pets with tuxedo-like markings that have given them the moniker “American Gentleman.”

Boston Terriers are loving dogs who get along with everyone in the family and can live in almost any type of accommodation, even apartments. These rambunctious pups, on the other hand, require a lot of activity. You’ll have an adorable and devoted best friend if you can offer your dog enough love and exercise.

Origin and History of Boston Terriers

Boston terriers are often friendly and energetic canines. The Boston is an excellent choice for anyone looking for a cheery companion. Bostons get along with other pets, including cats, in general, especially if they were raised together.

Bostons are possibly more tolerant of youngsters than other tiny dogs because of their strong frame. Boston enjoys romping with children if they treat them kindly. Most Bostons enjoy burying a bone under the pillow or in the flowerbed, but their favorite game is fetching.

How Is It to Live with Boston Terriers?

While Bostons do require exercise, short fetch sessions or moderate-length walks are preferable to long, strenuous workouts. Bostons are thought to be bright and trainable, but they can be obstinate. In other words, they may understand “sit” and “stay,” but they do not always follow your commands. Because they can travel quickly, it’s best not to allow them outside unless they’re in a safe, fenced-in yard or on a leash. Bostons are not wonderful guardians, even if they will bark if there is a sudden knock at the door. The majority of them are so kind that they will embrace anyone into their home, friend or foe.

Because of Boston’s short face, caution must be exercised to avoid overheating. Bostons are also prone to becoming chilled and, as a result, should be protected against extreme cold in general.

They are unquestionably inside dogs rather than outdoor dogs. Snorting and snoring are common in Bostons, however, these are usually lovable rather than annoying characteristics.

Bostons can be fussy eaters as well. Some people suffer from a sensitive digestive system and are susceptible to gas. Feeding them is simple after you discover what market meals they prefer and what works for them.

Bostons have small pups of three or four puppies when they are bred; delivery can be difficult, and cesarean sections are frequently performed. Bostons have a lengthy life expectancy of 10 to 13 years.

All that’s required is a weekly bath, followed by brushing or rubbing with a grooming glove, to maintain the coat looking good and control shedding, which occurs but is little in this terrier breed.

Several diseases and health concerns in pets are inherited, which means they are linked to their breed. The diseases we’ve mentioned herein have a considerable rate of prevalence and/or influence in this breed, according to canine genetic experts and veterinary practitioners. This does not mean your dog will develop these issues; it only implies she is at a higher risk than other dogs.

We’ll go over the most prevalent problems that Boston Terriers have to give you a sense of what she might face in the future. Of course, we can’t cover every scenario here, so if you see any strange indications or symptoms, please contact us.

The Boston Terrier is more susceptible than other dogs to suffering dental issues. Tartar build-up on the teeth is the first sign of dental illness, which proceeds to inflammation of the gums and roots of the teeth.

Your buddy may lose her teeth and be at harm to her kidneys, liver, heart, and joints if we don’t prevent or treat dental disease. In fact, the lifespan of your Boston Terrier could be reduced by one to three years! We’ll brush your dog’s teeth on a regular basis and advise you on how to maintain those sparkling whites clean at home.

Boston Terriers are prone to bacterial and viral illnesses, such as parvo, rabies, and distemper, that affect all dogs. Many of these infections can be avoided through vaccination, which we will advise based on the specific age, the diseases we find in our area, and other considerations.

Obesity in Boston Terriers can be a serious health issue. It’s a dangerous condition that can lead to or exacerbate joint pain, metabolic and digestive difficulties, back discomfort, and heart disease. When your pal looks at you with those adoring eyes, it’s tempting to feed it, but you can “love it to death” with leftover food and doggie goodies. Instead, hug it, clean its hair or teeth, play a game with her, or go on a stroll with it. She’ll feel better, and you’ll feel better, too!

Worms and pests of many kinds can infest your Boston Bull’s body, both inside and out. Fleas and ticks, as well as ear mites, can invade her skin and ears. Drinking polluted water, treading on contaminated dirt, or being bitten by an infected mosquito are all ways for hookworms, roundworms, heartworms, and whipworms to enter her system. Some of these parasites can be passed from one person to another, posing a major threat to everyone. These parasites can cause pain, suffering, and even death in your dog, so it’s critical that we test for them on a routine basis. In order to keep her healthy, we’ll also recommend preventive medication.

Pollen, mould, and dust allergies cause people to sneeze. Allergies cause itchy skin in dogs rather than sneezing. This type of skin allergy is known as “atopy,” and it is common in Bostonians. The feet, abdomen, skin folds, and ears are the most typically affected areas. Symptoms usually appear between the ages of one and three, and they can get worse with each passing year. Allergies are most commonly manifested by licking the paws, stroking the face, and recurring ear infections. The best part is that these illnesses can be treated in a variety of ways.

Can I Take Care of My Boston Terrier at Home?

Much of what you can do to keep your dog happy and healthy, just like it is for people, is common sense. Keep an eye on her diet, make sure she gets plenty of exercises, brush her teeth and coat on a regular basis, and call us or a pet emergency hospital if anything appears out of the ordinary (see “What to Watch For” below). Make sure to follow the examination and vaccine plan that we propose for her. This is when we’ll give her the requisite “check-ups” and conduct tests for diseases and ailments common in Bostonians. Signing up for pet health insurance is another crucial step in caring for your pet.

What Should Be My Boston Terrier’s Routine?

Make routine care for your Boston Bull a part of your daily routine to help her live a longer, healthier, and happier life. The value of a healthy diet and exercise program cannot be overstated.

PrevPreviousAn Insight into the History and Personality of Shiba Inu
NextAll About the Adorable Hunter: the English Cocker SpanielNext