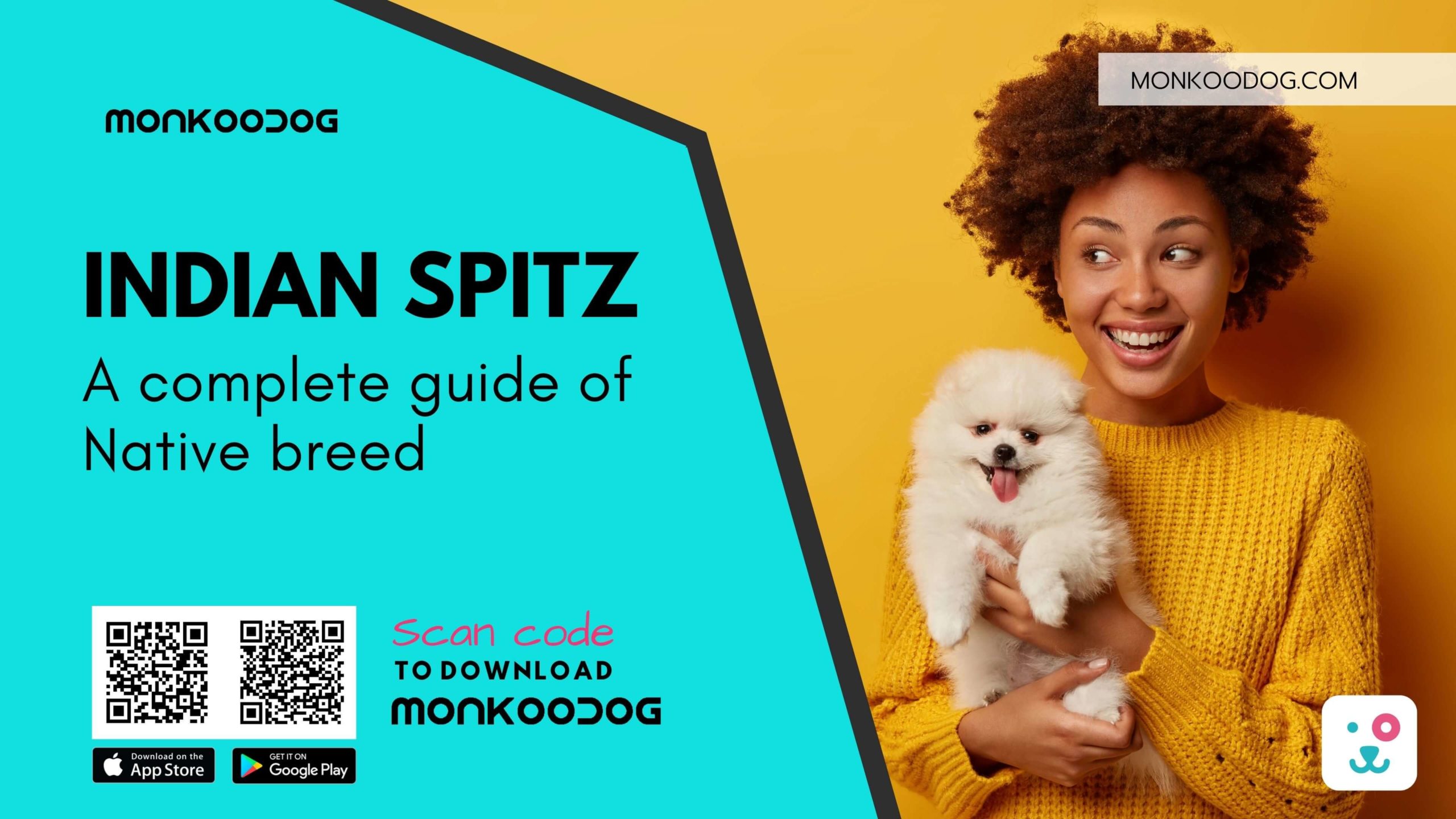 Often mistaken for Pomeranian in India, Indian Spitz is the dog breed that needs worldwide recognition. This is an Indian-origin dog breed that came during British rule. This medium-sized dog breed went viral nationwide after an Indian spitz named Tuffy appeared in the superhit Bollywood movie ‘hum apke hain kon.’ In the early 1900s, royal families were known to pet them for companionship and entertainment.

The breed is very low on maintenance and much affordable, so most Indian families like to pet them. They belong to the spitz dog family. This Indian breed is suitable for outdoor and apartment living, making them versatile. They are alert, feisty, and very vocal.

Indian spitz first came to be known during British rule. Britishers brought German spitz with them, who were not suitable for the Indian climate. For this reason, this breed was delicately crossed with the local Indian breed, Pariah, for years to achieve a new spitz breed that was exotic and suitable for Indian temperature. They named it Indian spitz. The breed was introduced to the United Kingdom in the 1930s and quickly gained popularity as a show dog.

The breed was popularized in India during the late 90s, and it was impossible to bring any foreign breed except for German shepherds and Indian spitz because of the strict import and export rules.

In 1994, after appearing in a Bollywood movie, the breed became extremely popular nationwide.

It is known by many names throughout the years, like the English Kutta, which directly links it to Great Britain and Indian Pomeranian because of its resemblance to Pomeranian, but the two are separate breeds.

Indian spitz resembles a lot of Pomeranians and Samoyeds. They are very fluffy. They come in many colors like solid black-brown, but white is the most common color. Sometimes brown color is seen around their necks. Their head is wedge-shaped and has pointy nose and ears because of their hunting traits.

This Indian breed has almond-shaped eyes and has a very faint halo around the edges, giving them a human-like appearance. They have very fluffy and lightly curled tails. Their pups are born with upright ears, but in some cases, droopy ears are also seen, which may get upright after months. The color of the nose and lips matches the coat color.

The breed comes in two different sizes with no significant changes in temperament and traits.

-The smaller one is called lesser Indian spitz, with a height of 8-10 inches and weighing 5 to 7 kilograms.

The other is called greater Indian spitz, with a height of 11-18 inches and weighing between 12 to 20 kilograms.

Indian Spitz has a thick and dense double coat that is medium in length. The undercoat is absent, but the pups are born with an adult coat. The coat can sometimes be spotted and multicolored, depending on the parent breed. These have a complete ruff around the neck, a mane in males, which is very soft and silky to touch. All said this dog can shed heavily.

This gem is a very healthy dog breed. They live up to 14 years with a litter size of 4-5 puppies per year.

This dog comes from German spitz, so they share the same health issues, i.e. Kidney, eye problems, and risk of hip dysplasia. Few others known to this breed are:

This breed does not require heavy stimulation but likes to sleep a lot.

With regular nutrition, activity, and medical care, this Indian gem may expect to live for many years.

The breed is not in high maintenance. They like to keep themselves clean and need very few baths. These dogs may enjoy their grooming sessions, which will be a bonus point if you want to pet them.

They grow a very thick coat in the winter season and shed it at the end of the season, so it becomes quite a nuisance to clean them as it is all over the place. So regular brushing is essential.

This breed does not smell unless they have any infection or health problem.

Besides that, weekly brushing, ear cleaning, and nail clipping are required.

When it comes to other pets and strangers, These dogs bark a lot and even louder. They like wailing and barking incessantly since they are a noisy breed that may bark for attention, defense, and separation anxiety.

They may even try to take the lead, acting like pack leaders while they bark, so it becomes important to give them obedience training and give them a strong hand to show them who is in charge.

As is already mentioned, this dog breed is very intelligent, so they are easy to train. This dog is so clever and perceptive that it easily picks up on its masters’ cues. If you miss a trick, they will notice and take advantage of it. A consistent approach is required to train, or they will run circles around you. Training them can be fun, and one can even include their kids while doing so.

Given a chance, they will hunt small animals because of their past hunting traits. They may very well be seen chasing squirrels, and they also have a highly developed guarding instinct and will function as a protector to your home and everyone in it.

They sometimes show Little Dog Syndrome. Indian spitzes often act harshly to make up for their lack of stature, trying to intimidate the other.

One of the simplest dogs to live with, It’s why, among Indian breeds, they’re undoubtedly the most popular family dog. One of the key selling factors is that they are extremely child-friendly and entertaining.

When given good attention and obedience training, they prove to be well-natured and friendly with other pets.

Spitzes are not fussy eaters and can be given almost anything. The flexibility and attitude of this adorable dog are some of the finest aspects of living with them. They adore their owner.

Though both Indian spitz and Pomeranian resemble in looks but are different dog breeds, Pomeranians are spitz-type from Poland, Germany.

The Pomeranian has a thick coat that hides the skin, but the Indian Spitz has an entirely white double coat.

They once were trained to work in circuses, hence known as utility dogs.

This Indian breed is affordable.

They adapt and adjust very fast.

They were once also known as pomeranian huskies.

During WW2, the breed was introduced in Canada and North America.

Local breeds are acclimated to Indian climates, easy to keep, and in desperate need of loving homes. We encourage you to promote and improve the lives of forgotten Indian dog breeds; one such is Indian spitz.

Also See:- A To Z Of The Cutest Royal Breed: Teacup Pomeranian