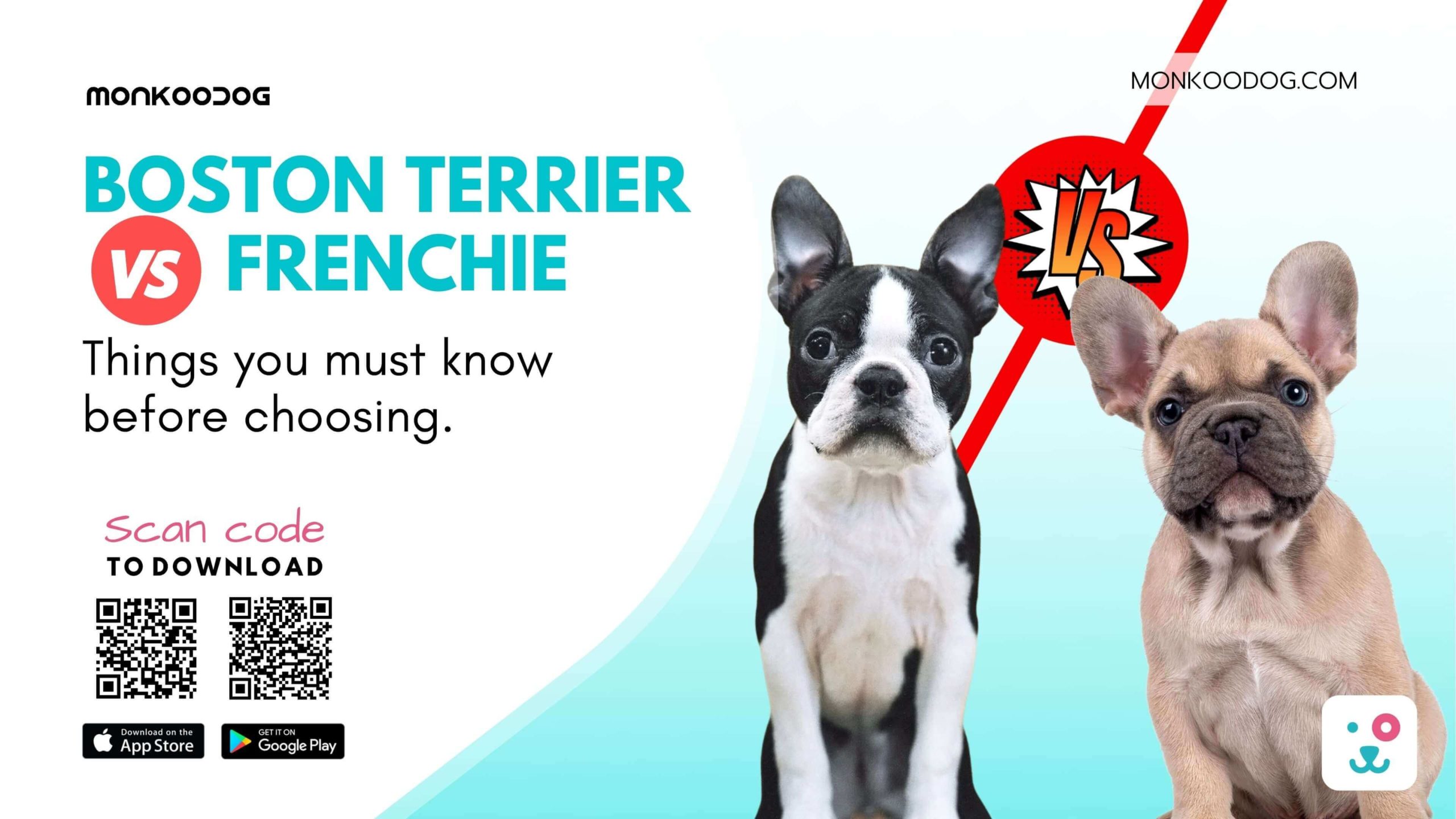 Home » Boston Terrier Vs French Bulldog: Must Know Before Choosing

Boston Terrier Vs French Bulldog: Must Know Before Choosing

If you are looking to buy a dog and have narrowed your options down to Boston Terrier Vs French Bulldog, you have found yourself at the right place. Some people confuse the Boston Terrier and French Bulldog because of their appearance and similar build, but they are different from their history to their temperaments and personality.

Dogs are the best companions that you can find to share your space with. They are adorable and so lovable that it is hard to choose one dog out of any breeds that are available out there. People have started researching well before getting themselves a dog which is a great thing as dogs need attention and care like a baby and there are things you always have to keep in mind.

Listed below are going to be the characteristics of Boston Terrier and French Bulldog separately and in comparison to make it easier for you to choose.

Both the dogs were found in the 1800s, the Boston Terrier was found in the 1870s, as a cross between English Bulldog and English White Terrier. But this was not the final result. The Boston Terriers we see today are the result of crossbreeding with English Bull Terrier, Pit Bull Terrier, Boxer, and the French Bulldog. Contrary to all the other crossbreeds in the US, Boston Terriers emerged as the first non-sporting breed. They are named after the place Boston in Massachusetts.

The similarities between the two breeds French Bulldog and Boston Terrier could be attributed to the fact that their ancestors are the same. The French Bulldog came into being in England. The Bulldogs were crossed with French Terriers to become the French Bulldogs.

Boston Terriers have straight coat fur with comparatively a very thinner coat density whereas French Bulldogs’ are curly or wavy and the length of their coats varies from dog to dog.

Despite the many striking similarities, there is one distinct characteristic trait of the French Bulldog and the Boston, which is their coat colors. They both do come in the same colors as well, most commonly they can be seen in black or white coat color, but a Boston Terrier is usually bi-colored with an undertone of white and layered with colors like Chocolate, liver, or reddish hue. Also, the Boston Terriers are never found without a white stripe between their eyes.

Having said that, French Bulldogs can also be bi-colored but their shades are going to be different from those of Boston Terriers. They will mostly be found with a solid black layered coat and another color, most definingly across their chest.

Health problems are similar for most dogs and that is true for French Bulldogs and Boston Terriers as well.

Both the dogs have flat faces making them susceptible to obstructed airways. If the condition gets serious they might need surgery for as basic a function as breathing. These two breeds are brachycephalic breeds. Brachycephalic breeds are those that are highly susceptible to breathing problems or lungs and respiratory diseases. The other diseases that threaten their lives are the inordinate development of their spinal bones, Patellar luxation, some eye problems like cataracts, heatstroke, and other ear problems.

The lifespan of a French Bulldog is known to be approximately 10 years and the lifespan of Boston Terriers is around 12-14 years.

Both dogs are low maintenance in this aspect. They do not shed much and there is little odor to them so do not need everyday baths. They do shed hair but to a minimal level because of their short coat length.

Both the dogs are very easy to train. They are obedient dogs and would readily and willingly listen to you and follow all your commands.

French Bulldogs can be slightly obnoxious and moody at times but it is nothing to worry about. They just have to be trained from a young age. They are known to not listen to their owners from a young age so use proper training methods to build authority over them. If not paid adequate attention they might end up not learning how to socialize at all and would not listen to you after growing up as well. Boston Terriers also need early socialization like all other dogs, but for different reasons.

They tend to get a little possessive regarding their space and objects so if you do not teach them early on to share and meet and play with other pets, they will never be able to adjust with other dogs, if you ever plan on getting one in the future.

These dogs are advised not to be trained or exercised for a longer duration because of their smaller snouts and respiratory problems. Even exposure to heat can be a problem for them.

The two breeds do not need extensive exercise or training but the moderate amount that is required of all dogs. After years of research, it has been found that Boston Terriers are found to be more energetic than the French Bulldogs but this does not imply that French Bulldogs are lazy.

They have a lot of energy that they would rather spend running around and playing with their human companions. Ensure to not take the French Bulldogs out on very hot days as they do not do very well in the heat because of their small snout and also the breathing problems.

French Bulldogs also make for a great hiking companion. They are man-friendly dogs and would love companionship more than anything else. They would play with a tennis ball for hours which is a great way to keep them busy.

Despite their small size, French Bulldogs and Boston Terriers are fun to be around with. They are super friendly breeds and make for the best companions. Boston Terriers are alert and intelligent animals who are a great mixture of lively and cuddly. French Bulldogs have a very open-hearted personality with a very friendly attitude towards everyone. They are equally cuddly and are known to be great human companions.

Both dogs, as mentioned above, do not need much exercise and training and thus can very well adjust in small apartments in the cities or wherever you want them to adapt. Considering the fact that both of them are extremely friendly dogs, they adjust well in small spaces with humans around them.

You should go for a Boston Terrier if you have an open and enriching space for them to play in. They, like all dogs, would like to have company around them so if you have kids with you, they will be at their happiest around them.

They are companion dogs and truly like being around people. So if you are able to devote more time to them, that would be great. They like their personal space and would not like you to hover over them all day. These are smart breeds of dogs and would like to if you engage them in mentally stimulating games like puzzles, or other organized games like hurdle races etcetera.

French Bulldogs, like most dogs, need to be properly trained and socialized at an early age. They need proper attention and care from a very young age. They like to cuddle, so if you are a clingy person, you will love yourself a French Bulldog. and they are infamous for being kind of stubborn so lure them with treats and treat them with positive enforcement training methods.

Both the dogs have separation anxiety and are widely popular as family dogs, so if you would not be around, these are not the right choices for you. They need mass attention and care and deserve nothing less. Go for them only if you are willing and available to devote as much time as is required by this responsibility.

All dogs are cute and adorable in nature and are nothing but a little bundle of joy. If you are deciding on getting a dog, ensure that you are well researched on their breeds, their likings and dislikings, allergies and their parents as well.

Sometimes problems start with problems that the breeder also might not be aware of. Getting a dog is a wonderful opportunity to learn to care for someone unconditionally but it is also a huge responsibility that you cannot do away with. So, do not rush into this decision and get a dog once you are completely ready.