Do Dogs Dream? If Yes, Then What Is It About? 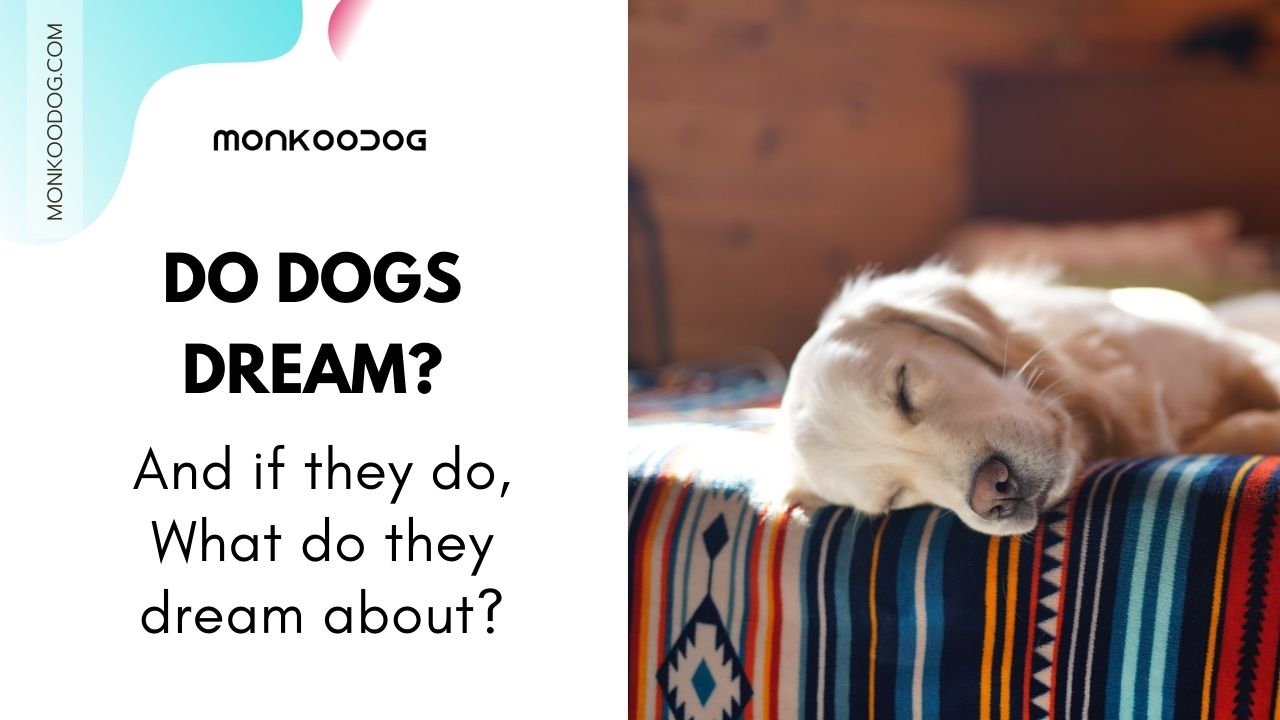 A dream is a world full of creative harbingers; in fact, dreaming is one of the fascinating elements of sleep, so why should your fur buddy be devoid of this enchantment? However, the aspect to ponder upon is, do dogs dream? And if yes, what is it about?

As a dog parent, you may have come across incidents of your pooch twitching, chattering, emitting tiny “yips,” or moving their paws while sleeping, and thereby reflected on if your pup is dreaming. According to researchers and studies, the answer to that question is yes; dogs do dream.

In case you are intrigued and want to know more about your pooch’s ventures to the creative and fascinating world of dreams, let’s dig in deep together and know more about a dog’s dream world.

According to several research and theories, it is deduced that dogs are quite likely to be involved in dreaming. Researchers at MIT (Massachusetts Institute of Technology), based on several experimentations, have concluded that canines resemble a sleep structure or cycle that is very similar to humans.

Dogs undergo REM sleep. REM or Rapid Eye Movement is a period of sleep during which we have dreams. What’s more, Humans and dogs show similar amounts of brain activity during this period of sleep, thereby suggesting that dogs dream in a similar way that humans do.

Furthermore, both humans and dogs possess a brain structure called the Pons Varolii (a part of the brainstem), which constricts our main muscles and prevents the dogs (just like humans) from acting out on their dreams physically.

What Do Dogs Dream About?

Though several experiments have been conducted on other animals, such as rats, to understand their sleep and dream mechanism, no direct dog-specific study or experiment has been conducted so far. Nevertheless, scientists have deduced a basic theory about a dog’s dream based on other results and the presence of similar brain structures in dogs.

According to studies, a dog’s dreams are believed to be mostly based on daily events, be it playful romps and rolls in the park, annoying their siblings, or daily mischiefs and experiences.

Of course, there is no accurate or precise way to determine the stuff what makes up our dogs ‘ dreams exactly. Also, there’s no guarantee that your pooch dreams in the same fashion that you do.

What is known for now is that the substance of dogs’ dreams is primarily made up of their everyday activities, broken up and reassembled in a dream-like approach. In simple words, your dog’s dream is probably a mirror of fragmented plotlines that make sense while dreaming but may not have as obvious a narrative flow when they wake up.

FUN FACT: Did you know, according to many pieces of research, it is suggested that one of the prime things your dog dreams about is You!

Is Dreaming Okay For Your Dog?

Can you wake up your Sleeping Dog?

Well, while dreaming with some little action of leg twitching, whimpering and snarling are completely normal, a lot of movement or your dog having seizures calls for serious attention. In such cases, it is advisable to check in with your veterinarian to ensure everything’s great in the dreamland.

Waking up your dog from their dreamy venture is completely safe when they are in the REM stage.

The only inconvenience it will cause is, it may surprise or startle them. Suppose your dog is prone to surprise-related aggressiveness or anxiety. In that case, it might be better just to leave the snoozing pet alone.

But if your dog appears to be distressed or having a nightmare, try waking them. Do this by up with care by softly talking to them or caressing their fur. Avoid startling them.

Also Read:- Is It Okay To Dress Up Your Dog?