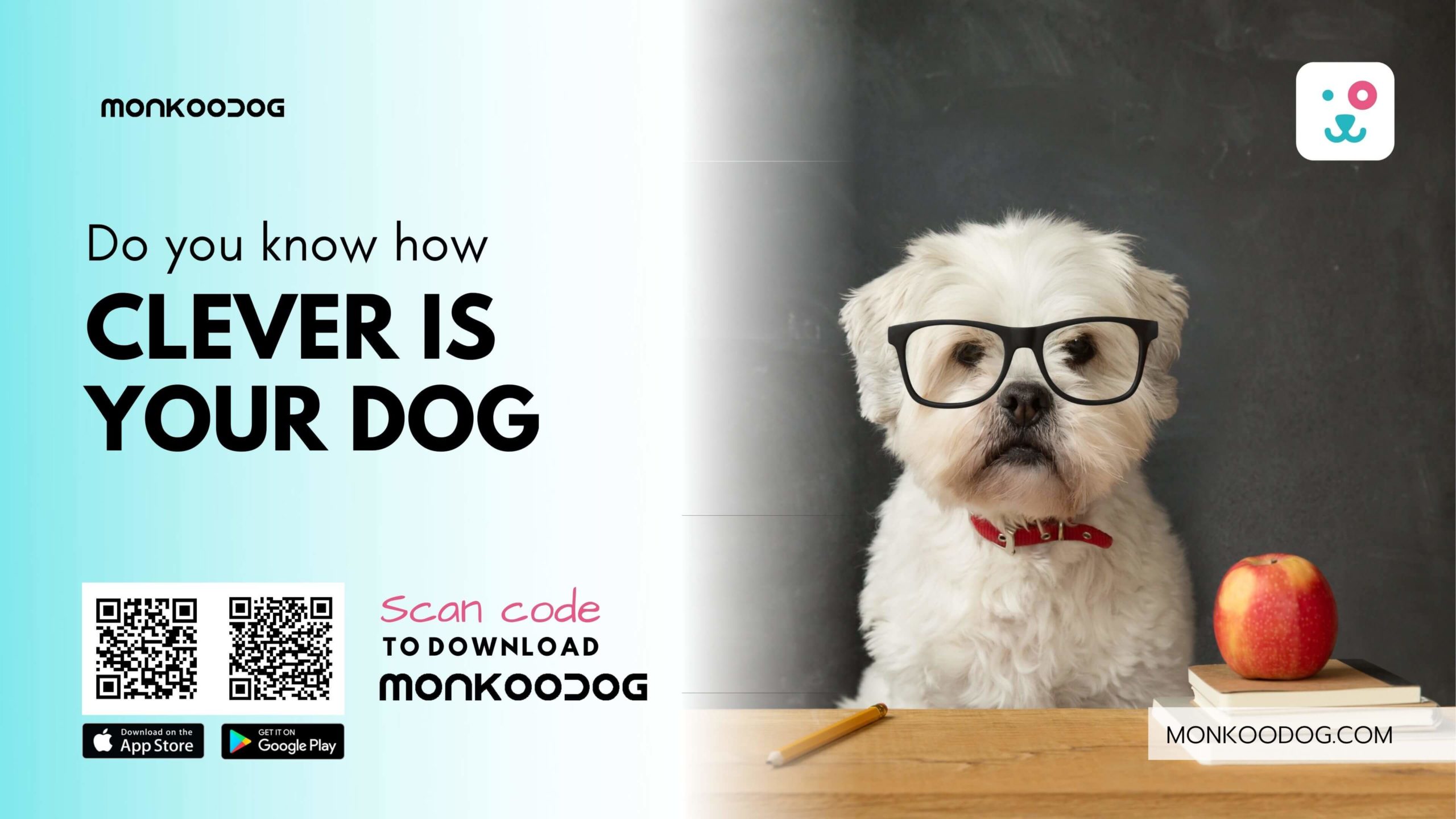 Home » How Clever Is Your Dog

How Clever Is Your Dog

With the domestication of dogs almost everywhere in the world, there has been a huge buzz around how dogs also show intelligence and cognition abilities. There have been various studies now being conducted to assess their intelligence and what makes dogs- clever dogs, or are there some ways that they can be made more intelligent and whether or not their intelligence can be developed.

Dogs have amazing memory skills and can recognize the mood changes in their owners very perceptively.

Dogs are not called man’s friends for no reason, they do understand the man in a way that no other animal can, which is why there have been so many studies conducted on them and their nature.

The behavioral studies that were undertaken by scientists have proven that dogs are one of the very few animals who show signs of human intelligence and other social cognitive skills that are not known to be present in any other mammals.

They believe that this is not something that dogs were simply born with but has evolved into gaining. Because they have been a part of the human family for so long now, they have developed and picked up certain skills because of years and years of proximity with mankind and therefore they do not simply exhibit clever dog behavior but reflect what the humans do.

Most studies that have been performed have taken into account the dogs who are pets and have been living as domesticated pets.

The first recorded intelligence test undertaken by scientists dates back to 1976. It tested dogs on various aspects like agility, memory, and abilities pertaining to dog behavior. The scientists also looked at the ability of dogs to adapt themselves easily to new physical and emotional environments.

There are certain activities that indicate how much of a clever dog you own. Some of those activities are listed below

Dogs display human-like behavior when they react to body language or respond to hand gestures like pointing or waving or high five and handshaking. Dogs are very perceptive that way that they learn to read their owner’s emotions without them outrightly revealing it.

There are some clever dogs who even end up finding treats for themselves by observing the eyes of their owners. Dogs are deemed intelligent because they follow such cues or gestures better than other animals who are primarily known for copying like chimpanzees.

The research proposes that they are delicate to their owner’s feelings and that their conduct is affected by the statement of these feelings. A review from the University of Helsinki observed that canines can detect when their proprietors are irate or angry and have even developed to react likewise.

Also See:- All You Can Learn About A Dog’s Health By Their Tongue Color Chart

Another investigation discovered that canines react along these lines, physiologically and typically, to people when they hear them cry – one more illustration of emotional sympathy.

Scientists have found that some dogs can remember up to a thousand words in their lifetime which is by far the biggest proof of their intelligence.

This is an acquired talent wherein if your dog is attentive enough they will pick up on new words and associate them with the implied things immediately.

It is a misconception that dogs only pay heed to the tone and understand whatever meaning is hinted at. No, dogs absolutely pay attention to the words and catch up on those if they come across them repeatedly.

Experiments have been performed to demonstrate that dogs’ brain functions in a way that they focus on the words more than the tone.

Awareness implies the limit of an animal to understand that articles continue to exist regardless of their movement or even when they have moved outside of the field of view of the things.

There is confirmation that canines go through relative stages and show up at the general fifth stage by a period of around two months wherein they can follow “moderate recognizable evacuating” in which the experimenter moves an object behind various screens, placing it behind the last screen at the end which the dogs start to notice with time.

Dogs have a specific bond with human beings that enable them to understand every gesture of mankind and enables them to keep up with the social cues as well.

Dogs are known for their exceptional observational skills where they have been found to learn faster when they see older and experienced dogs performing a given set of actions.

There is a hierarchy among dogs and playing along these hierarchies is one of the best ways to teach your dogs.

The dogs at a lower rank in the hierarchy learn better when someone above them demonstrates certain actions. Dogs are clever this way whereupon they teach themselves.

Dogs form an immediate emotional connection with their owners which is in keeping with their ability to recognize and understand who their caretaker is.

A dog, whether not timid or aggressive, needs and forms an emotional connection with humans when it receives the right kind of affection.

Dogs are known to feel jealousy, curiosity, and complex emotions like anticipation which are very human emotions to feel.

Scientists have performed various experiments on dogs which have displayed how dogs’ brains sort out the same way humans’ brains do.

The very fact that so many dogs are taken up as guard dogs in police service shows how far ahead dogs are in helping humans.

With adequate amounts of training, dogs learn how to put their training into good use as they are known to have some sense of understanding regarding good and bad.

How Can You Make Your Dogs Smarter

Puzzles or innovative mind-boggling games are the easiest as well as the smartest way to challenge your dog into ability training.

It is hard to keep dogs interested in the same activity for days to come so it is important for you to come up with new ways to engage them in mentally stimulating challenges.

One such very popular game is the amazing puzzle which you can easily create indoors. Herein, you have to create a path for your dogs by keeping various obstacles on the path and trying to lure your dogs in through all of them with a treat in your hand. This would test them on their ability and agility.

Canine games are an exceptional technique for empowering extraordinary canine-human correspondence while introducing them to a ton of new conditions and hurdles.

Dr. Mary Burch, the administrator of the AKC(American Kennel Club) Canine Good Citizen Program and a guaranteed applied animal behaviorist, said that the best direction one could give canine owners who need to keep their canines mentally powerful and redesign their intellectual abilities is to help them achieve such cognition at home first through adroitness, Rally, Obedience, Therapy Dog work and Scent Work, etcetera.

Approach your canine with interest and a creative imaginative psyche and they will surprise with their knowledge and abilities.

All the cognitive activities mentioned above are activities that you can easily perform indoors. Activities like rally, obedience, and scent work can all be performed while using treats as your incentive and training as your goal.

Socializing with your dog is very important to train them later on. If you do not socialize with your dog from a very young age, they would never develop habits of sharing their space or toys which would hinder them later in their lives.

You can do so by taking them out more often to parks in the presence of other dogs and letting them play around as long as they are under control.

Also See:- Facial Swelling In Canines: Everything You Need To Know.

The pet owners who have had such experience with their dogs say that it is easier if you start taking your dog out from as early as the age of 4 weeks.

When dogs meet other dogs on the neutral ground they become more open to sharing personal belongings as well as space.

Dog Training is a very important step toward making your dog a clever dog. If you do not start training your dog, your dog would never want to learn anything or play with anything that could be stimulating for them. If you succeed in training your dog, only then will you be able to have their attention for activities regarding their cognition.

Whether or not your dog is exhibiting any signs of them being more intelligent than any other dog of their species, you have to train your dog. It is not simply important to be a clever dog but it is also important to be a physically fit dog. If you do not take care of their health, they would not feel like participating in other activities anyway.

Google play store
App Store
PrevPreviousMolossus: The Greek Dog Figure That Got Extinct
NextA Guide to Calculate the Caloric Needs of Your DogNext