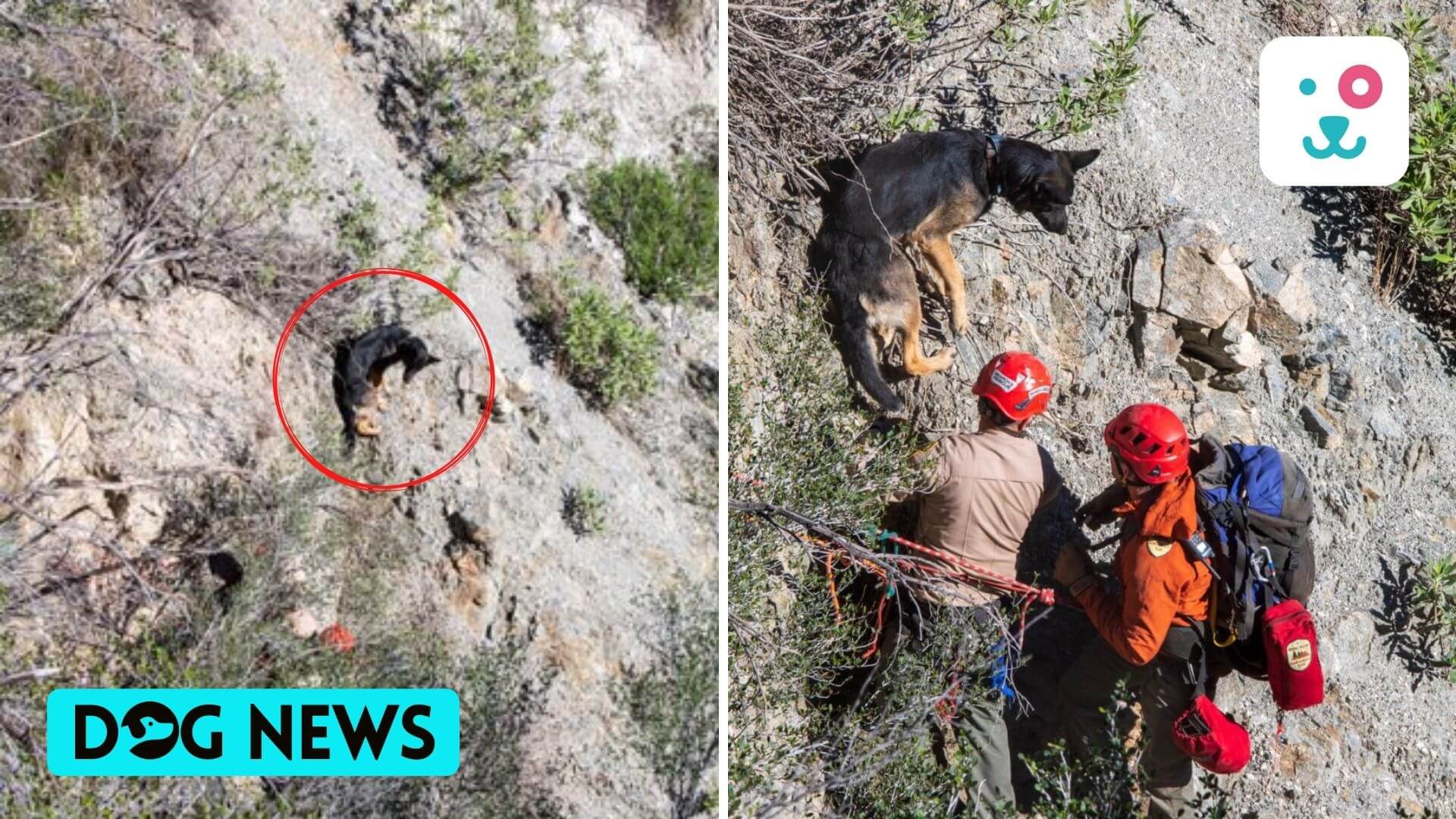 Home » A dog fell off a 200 ft cliff at night; rescued in the morning

A dog fell off a 200 ft cliff at night; rescued in the morning

The German Shepherd, Onyx, went on a hike with his human and another dog sibling. Things were going great when suddenly, at nightfall, Onyx fell off a 200 ft cliff.

Luckily, Onyx did not fall all the way and got stuck on a ledge halfway on the cliffside. Helpless and stuck Onyx tried to get out but the situation was too dangerous. His family was looking at Onyx from above and were out of ideas on what to do. They kept on consoling him and tried to keep him from panicking.

In the morning, the Los Angeles County Sheriff rescue department responded to the call and came to help the poor dog. An air rescue operation was conducted with a chopper keeping a constant watch to help the dog and the rescuers.

The rescue was quite complicated but fortunately, no one was hurt and the dog was finally rescued and reunited with his family.

The whole incident was posted on the Twitter handle of the Special Enforcement Bureau. They posted – ‘#LASD Air Rescue 5 and LASD  @MontroseSAR. Search and Rescue personnel rescue hiker and hiker’s family pet who was stuck on the side of a cliff overnight in Big Tujunga Canyon in the Delta Flats area. Dog and hiker are safe’.

Mike Leum, the search and rescue responder of the LASD posted the video of the dog’s reunion with the family.

The dog can be seen as quite emotional and he can’t stop hugging and licking his family. He looks positively relieved and excited. After all, he was stuck on a cliff for a whole night.

The pup got instant love worldwide with Twitter users posting comments like ‘So so happy pup! I am so happy for you’ and expressing their love for the rescuers.

The dog and the hiker are all reported to be safe and healthy. Onyx is happy to be back and is a little cautious with his footing now. Though things would go back to normal day very soon. The incident is getting worldwide love and admiration on the pooch’s part and respect on the rescuers’ part.

Also See:- A Girl Helps A Dog Mama Deliver Puppies At 2 Am And Takes Care Of Them In A Viral Video.

PrevPreviousA Woman dyes her dog red, faces severe backlash on the internet.
NextA couple along with their dog rescued from a remote location after being stranded there for 2 months.Next