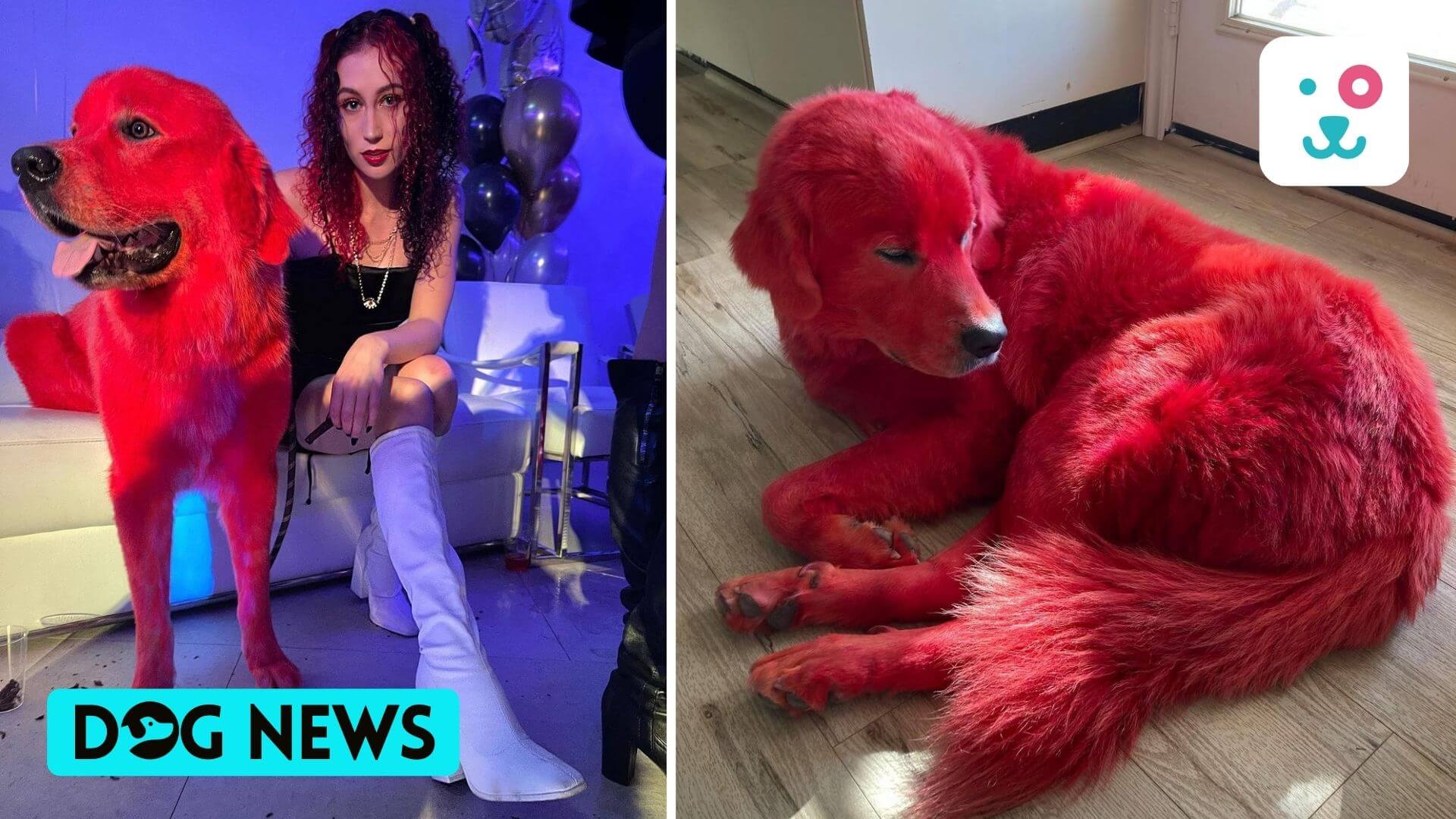 Home » A Woman dyes her dog red, faces severe backlash on the internet.

A Woman dyes her dog red, faces severe backlash on the internet.

A woman got caught in a controversy due to her decision to dye her Great Pyrenees, Dandelion, red. She posted the video on TikTok and then on Instagram with her dog in his natural golden colour and then, dyed dog red.

Dogs possess coats of various colours. Some they are born with, some they develop over time due to the exposure to the sun and the outside world. However, some dogs get their colours changed unnaturally. This is what this is about.

The woman got instant backlash from the netizens who termed her act as animal abuse. She was blamed for her selfish act as attention-seeking and done to get views and likes.

She made a video explaining her reasons to dye her dog red. However, the reasons were not so convincing and she still kept getting backlash. In the video, the woman explains her reasons as a red dog is safe from accidents as he would be visible from far away.

However, Instagram and TikTok users termed this defense as non-sense. She termed the dye good for dogs’ fur and rather, a healthy thing to dye their coat. Though, people questioned if her attempt at dying provoked people to dye their pets with unhealthy, pet-harming dyes. That could turn out to be a serious problem for pets.

She also defended her actions as an attempt to make her dog difficult to get lost in a crowd. The reasons were termed absurd and her act was termed inhuman.

One user, in their anger, asked her the real reason to dye her dog. She said that all of the reasons she gave are just pretenses. She dyed her dog as a publicity stunt to gain attention on Instagram and TikTok.

Is the act justified?

However, people also came up in her defense. They said that dying dogs is normal. People always colour their poodles in different colours. She is getting backlash for no reason or maybe just because she got famous. Since being posted, this video garnered over 30 million views.

The question that arises however is, does tracing a precedent to an act justify the act itself? The apparent danger to animal life through such an act is not lost on anyone.

The harmful and irritating effects of dyes and colours on animal skin are well known. Even with pet-friendly dyes, the action is advised to be avoided. The popularity of this video only showcases the influence it can produce on people’s minds.

The netizens’ anger over this act as animal abuse is not truly unfounded. Their attempt at discouraging such an act shows peoples’ sensitivity towards animals and their well-being. This is a positive development.

PrevPreviousA Girl helps a dog mama deliver puppies at 2 am and takes care of them in a viral video.
NextA dog fell off a 200 ft cliff at night; rescued in the morningNext