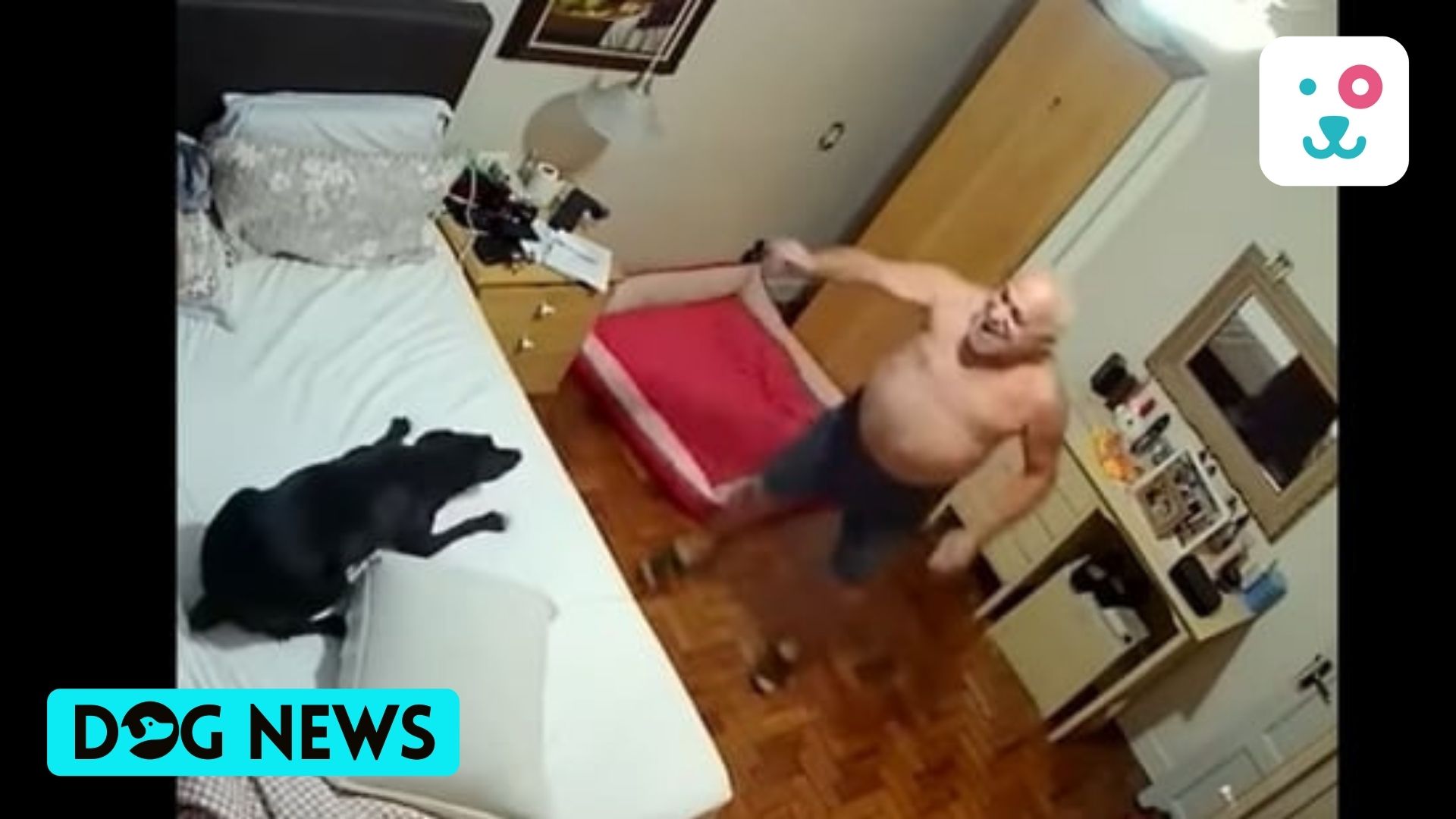 Home » An old man turned to a child while playing with a dog.

An old man turned to a child while playing with a dog.

Life after the death of one of the spouses is gloomy. Though death is the inevitable truth, one can not deny the pain it brings to the ones who witness the death of their loved ones. It is extremely painful especially when people are elderly. An old man and old age, the only thing one expects is the time from their loved ones. The couples spend their retirement life with love and spending time with each other. It is extremely hard to deal with the loss of one of their partners.

In a recent example like this, the wife of an old man died some time back. To give him a little company and love in the absence of his wife, his children came up with the best possible idea.

They gifted him a dog. Hands down, there is no other creature like a dog. They have the ability to love unconditionally. They can give meaning to a meaningless life, and they can give you support when you feel alone in this world full of people. The video that went viral is the perfect example of that.

In the video, an elderly man can be seen playing with a black dog who is jumping and rolling on the bed. The dog and the man are equally excited and enjoying each others’ company.

The video that went viral was originally shared on Instagram. The caption of the original post reads ‘Dogs is the best. The video has gone viral to the extent that it has crossed more than 61 million views in a span of just two days. The text on the video itself says that the old man’s children have gifted this dog to their father. The dog was a shelter dog.

The Instagram account which posted the video is jps_lolaa.mariaa. The page’s bio is in Portuguese. In the translation, the bio says that the dog is named Lola Maria Silva and she was rescued from the streets. According to the date on the camera recording, the video was shot on February 11.

The comment section of the video was filled with adorable and lovely comments. One user commented, ‘ You can see an old man turning to a child in like 8 seconds, the other said ‘ This man’s children saved the life of their father and the dog’. A few users commented that the video brought them to tears.

Indeed the video is full of emotions and has the power to make one cry and laugh at the same time. It’s never too late to adopt a dog. This is unconditional love and all you get in return is pure love.

Also See:- An Adorable Video That Shows The Love Between A Human Mother And Her Dog Child Went Viral.

PrevPreviousAn adorable video that shows the love between a human mother and her dog child went viral.
NextA little cute dog who is a master of hide and seekNext