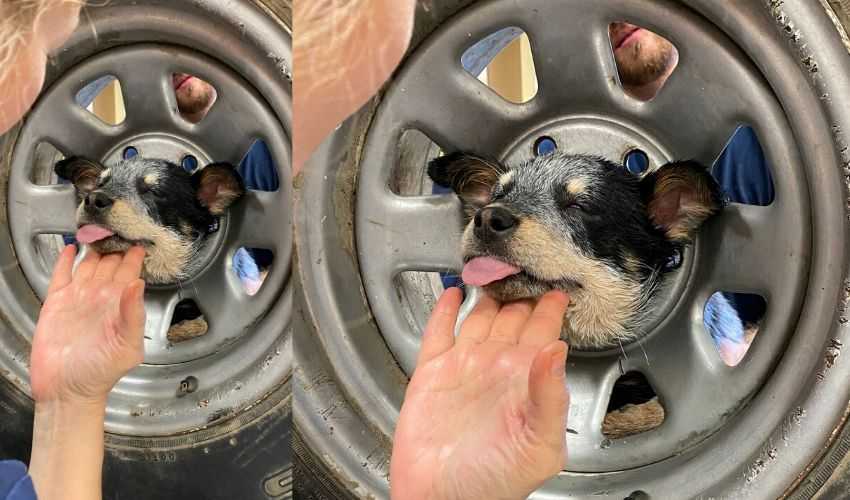 Home » California Firemen Rescued a Puppy Who Got His Head Stuck in a Tyre.

California Firemen Rescued a Puppy Who Got His Head Stuck in a Tyre.

It is not an uncommon sight to find dogs and pups getting themselves into various comical situations. This time, a little black and white puppy fell into trouble when she stuck her head into the wheel of a tyre.

Breaking news: we are doing all we can to assist this pup. She got herself stuck in this spare tire in #Coachella. We oiled her up, but her neck is swollen. She is now sedated — and our friends with fire department en route. #WheeliePup #RivCoNOW #PuppyPredicament pic.twitter.com/8LB2dlFvtN

Since the video of the rescue was posted by Riverside County Animal Services, it has already hit millions of views worldwide with comments of love and appreciation continuously pouring in for the puppy and the Firemen who rescued it. 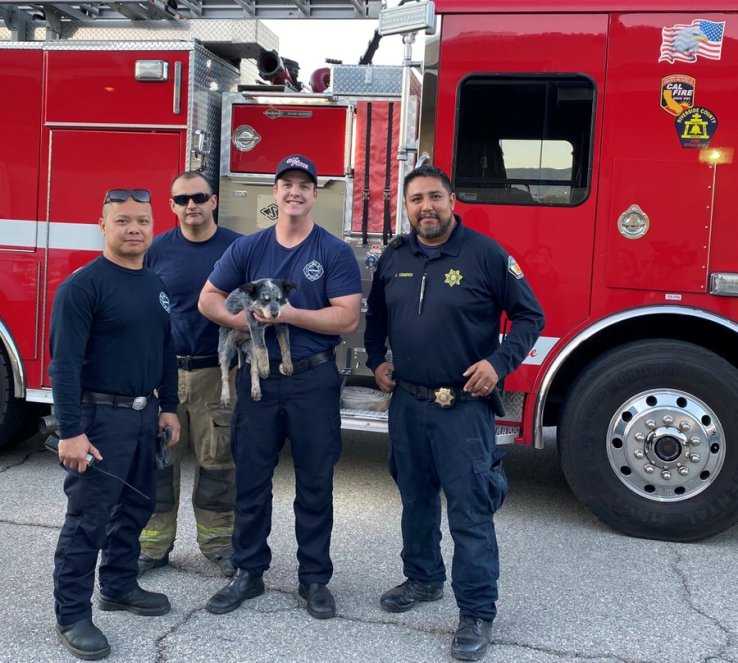 Lana, as named by the owner, is a 3 months old Australian Shepherd puppy who was mischievous and extremely playful, went one step further when the owners found her neck stuck into the wheels of their humongous SUV.

Scared that he might do more damage than good if he tried to pull out the puppy, he immediately called in the Animal rescue. On arrival, the firemen initially tried to lubricate the neck with oil and remove it. However, the growing swelling around his neck was of concern.

Based on the assessment of the firemen of California, Riverside County took her along with the tire to the Fire Department. After calming her down with treats and lots of attention, they sedated her to help cut through the wheels without harming her.

Once freed, the puppy was kept overnight at the Fire Department for observation until the arrival of the rightful owners. The entire episode was captured in a video and posted online by the Riverside Animal rescue.

The extreme cautious attitude and gentle handling of the pup by the firemen did not go unnoticed by animal lovers worldwide and thus resulting in the video going viral all over the world. Many even quoted saying, “Amidst all the animal cruelty, there is still hope because of firemen like that of Riverside Fire Department.”

Check out some reactions here:

Thank you all for saving this pups life. You are the best of humanity.

I hope that the puppy is well. Great job men!

Where the firemen of Riverside showed a hope to Humanity, an American Police Officer broke our hopes after Killing a Dog on Leash in Brooklyn. Click here to read.

PrevPrevious2 Students were caught in a video throwing a puppy in air for fun in India
NextWatch: How Michael Bloomberg Shakes a Dog’s Mouth Instead of HandshakeNext