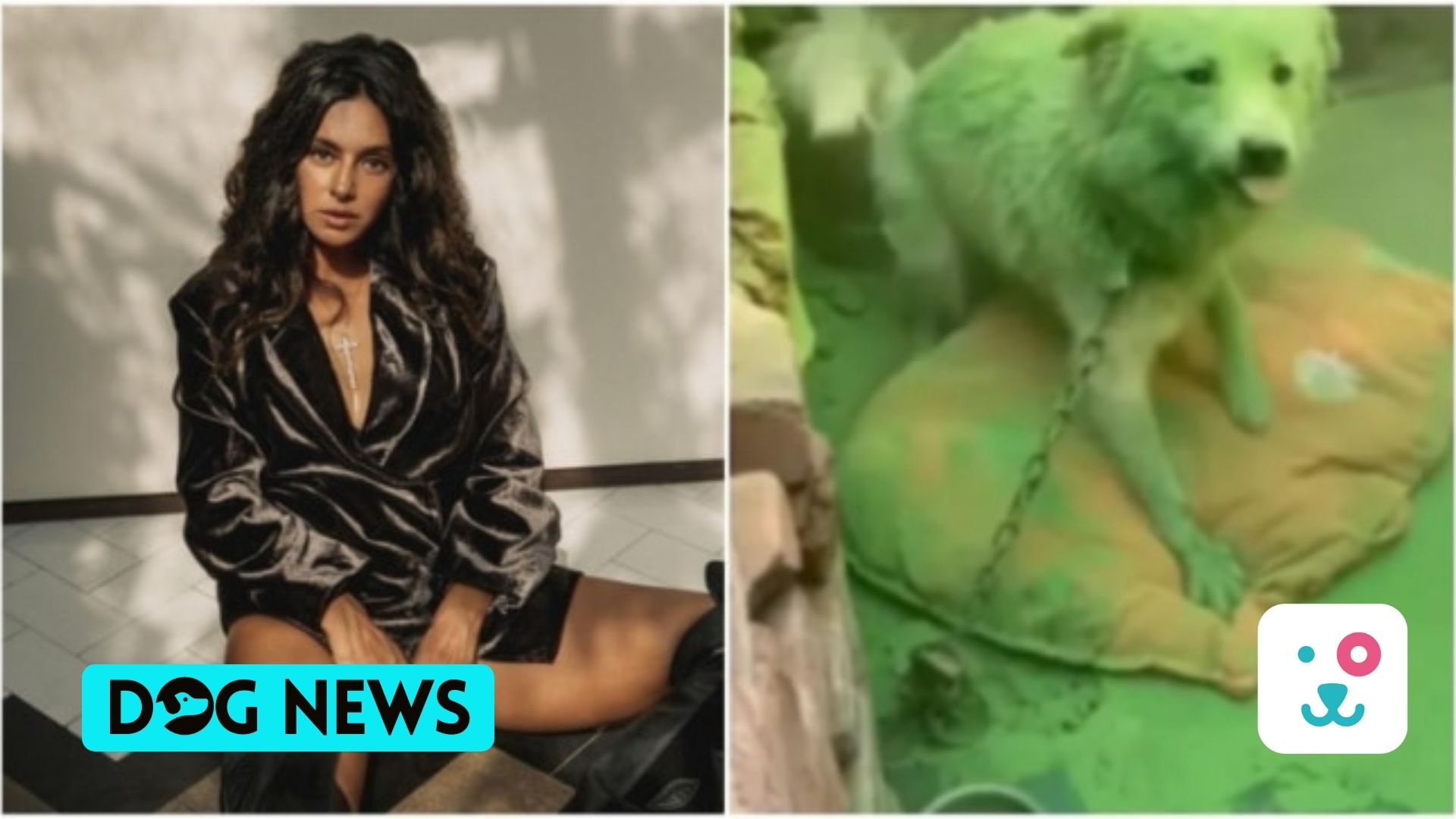 Sometimes, human beings can show the world the most inhumane ways that exist on the planet. Shibani posted an Instagram story. She posted a picture of Roxie from the video in which it was abused.

Though we are the ones who are called humans, only we are capable of showing inhumanness to the extremes.

A recent video that went viral shows just a live eg of how atrocious humans can be sometimes, especially towards the week.

The video that went viral shows the celebration of the festival of colors in Northern India called Holi.

On the occasion of Holi, people play with colors and water. These colors are not always skin-friendly and can irritate the skin and the eyes.

In the case of humans, when they feel that their skin is not feeling particularly good after a particular color, they go and wash.

But even this basic capability is not available to all species so we try to keep them away from such festivals.

In the video, a group of men can be seen throwing gulaal(powder color) onto a helpless dog. The dog could not even run forget to clean himself as he was tied to a wall by a chain.

The clip which has the capability to give chills is going viral like wildfire. Netizens are angry the world over by seeing this treatment to the dog.

How Do We Know That the Dog Is Safe Now?

Though, the bad ones exist, we can not deny the existence of good humans too. The actor and singer Shibani Dandekar rescued the dog.

She took to her Instagram account to announce that she has rescued that particular dog and now the dog is moving to a wonderful house.

The dog has been named Roxie by the actor.

She posted it with the caption, ‘Remember Roxie, and how badly she was treated a week ago? swipe to the next story.’

In the next story, she posted a current picture of Roxie in a car with two individuals along with a text,’ We managed to rescue Roxie, now she is on her way to a wonderful home’

Thanks to Shibani for saving an innocent soul and let us try to do the same if we encounter such unfortunate things again.

PrevPreviousFresco, the ‘Gay’ Dog, Is Adopted by a Loving Gay Couple Under 48 Hours of Being Abandoned
NextA Video of a Little Dog Dancing at the Beat Played by His Human Went ViralNext