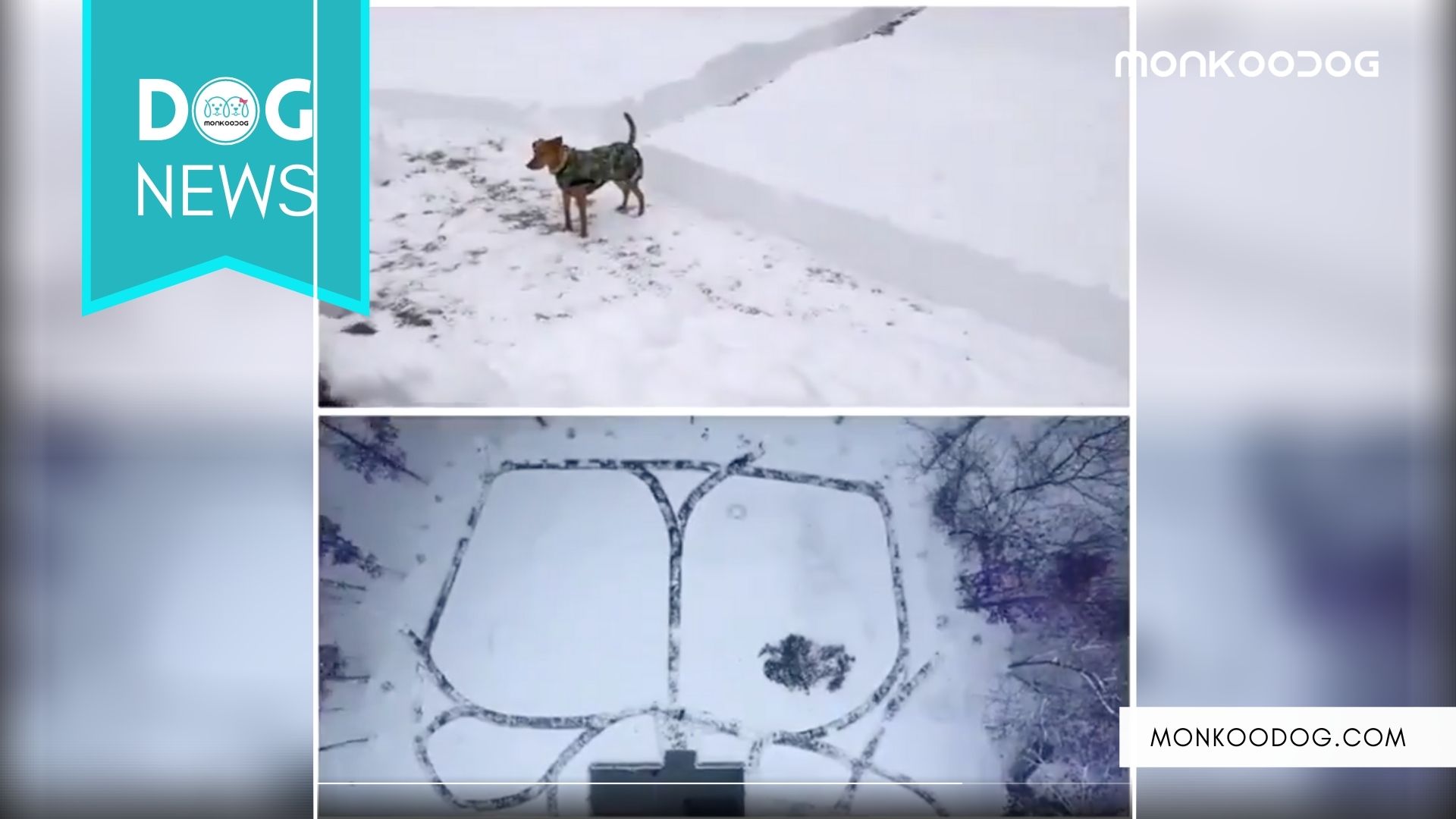 Home » A Couple converts their backyard into a racetrack for their dogs in the latest sensational viral video!

A Couple converts their backyard into a racetrack for their dogs in the latest sensational viral video!

The pandemic caused global lockdown was a revelation unlike any other. While for the humans’ life within the confinements of the four walls had become a laborious task, for pets it was pure bliss. After all, it was their eternal dream to be able to spend 24/7 uninterrupted cuddling their favorite hoomans.

After a few weeks, the confinement did begin to take a toll on them and many pet owners worldwide began to find innovative approaches to keep their dogs interested and busy. The world saw some of the most hilarious videos of innovative challenges that were pure entertainment.

The toilet paper stack challenge, blanket invisibility challenge, etc were just a few of the video challenges posted that racked up millions of views worldwide. O the plus side, these innovative ideas gave most pet owners creative means to spend time as well as discover new characters and traits in their pets that they had never thought of before.

Recently a Twitter user reposted a very hilarious video that seems to be raking up views like hot cake. Netherland based Twitter user by the name Buitengebeden has over 230 thousand followers on Twitter alone. Officially known as Sander, the Netherland based influencer often posts funny incidents and occurrences from all over social media platforms under his handle.

Titled “ This Guy built a snow racetrack in the backyard for his dog”, the video was posted on February 7th, 2021. It did not take long before the video began garnering all the possible attention and currently, it has over 850 thousand views and has been retweeted over 500 times already.

Based on the tag attached, soon netizens discovered that the dogs belonged to an Instagrammer with the handle id ginger_cat_and_vizslas. The owner seems to have a ginger cat, a black cat, and two beautiful dogs named Joule and Tesla. With around 75 thousand followers, the account is filled with videos and posts about the 4 siblings

The original photo posted 6 days ago has 33 thousand views as of now but as it has already been reshared on numerous platforms, the story is en route to becoming a viral sensation big time. Turns out the harsh winter made it impossible for the family to take out the dogs for their daily routine walks.

Constant snowfall had made it impossible for the dogs to walk without sinking into 7 feet of snow all around. This was when an idea stuck and the couple decided to get innovative with their approach to make walk time fun for the pets.

Using a snow mower, the couple decided to clear out snow in their backyard. However, rather than cleaning it up completely, they created a race track in between the piled-up snow. They placed an aerial camera and a pet cam to see the reactions of the dog and they were not even a bit surprised at the dog’s reaction when they were shown the racetrack created in between miles of snow.

The uncontrolled happiness of both the dogs was beautifully captured in both the cameras. The 1-minute long video shows the pure bliss of being able to run uninterrupted all around the racetrack. Both the dogs’ couldn’t stop showing off their happy zoomies once they began to explore the racetrack.

The reshared video on Twitter has some of the most hilariously funny comments and anecdotes from animal lovers and pet owners worldwide. Many of the comments even had images and videos attached of pets in their happy zone when their owners did something nice and fun for them.

PrevPreviousA Dog got trapped with a Leopard for a night in the bathroom of Karnataka, India
NextThe perfect top 5 films which prove that we all need a dog in our lives to be at our happiestNext