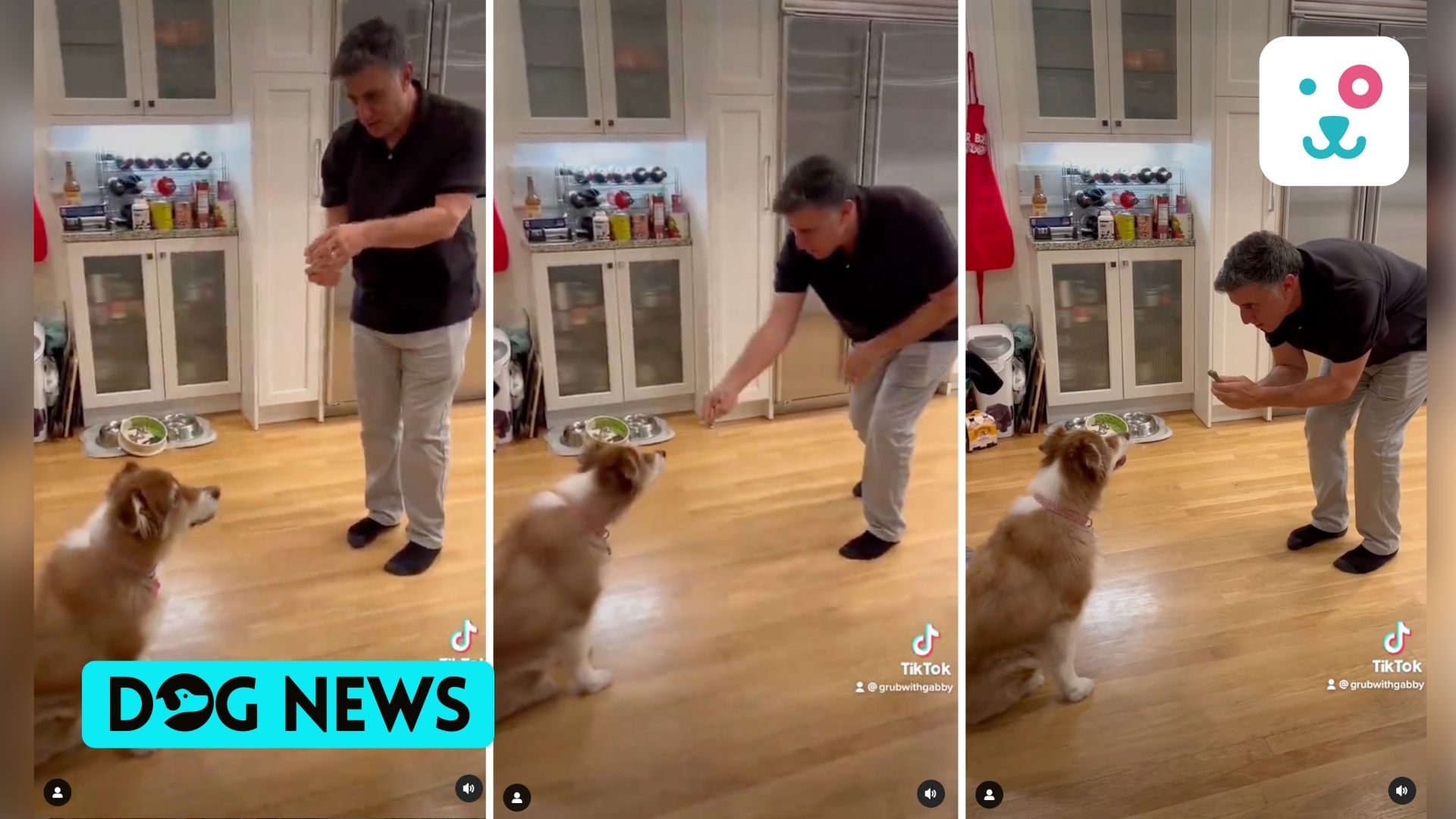 It gets tough for adults to feed children the food necessary for their health. That is why they make eating interesting by engaging children playfully in it. This video witnessed the same, except it was with a dog this time.

Dogs are playful creatures. They want to play all the time and love the attention of their humans. Sometimes, they go to different lengths of affection and tantrums to get that attention.

What’s in the video?

In this video, a man is seen offering a treat to a dog. The treat is a greenie that is essential for a dog’s dental health. The man offers the greenie to the dog, which seems utterly disinterested in the offered item.

However, the dog seems to demand something that passes only between the man and itself. The man dramatically performs a magic trick and makes the greenie disappear.

Now, the dog seems interested. It starts to bark and demands the reappearance of the treat. The man does a different trick this time and again makes the treat appear and disappear.

The dog is very much engaged now. It seems to want the thing now. However, the man again makes the greenie reappear and disappear. The dog seems eager to tear it out of his hand now.

Also See: A Dog Saved The Life Of A Hiker In The Croatian Mountains.

Finally, the man lets the dog take the treat. The playful furball snatches the treat out of the man’s hand and takes it to a corner to relish it. Where goes the I-don’t-want-it tantrum? Come on. It’s a dog. How long can they stay adamant? They are too lovable.

Gabby initially posted the video on TikTok, whose father and dog are doing the whole show. Later, after the video got many views and likes, it was posted on Instagram. Gabby posted it with the caption that this is the first video of his father’s that he posted, and it garnered over 3 million views.

The video got instant love everywhere, and it is obvious. The idea that dogs understand magic when they see it excites the human imagination.

APPSTORE
GOOGLE PLAYSTORE
PrevPreviousA dog saved the life of a hiker in the Croatian mountains.
NextA Dog Reacts to Vet Call, Tries to Scare his Owner by Barking Hilariously.Next