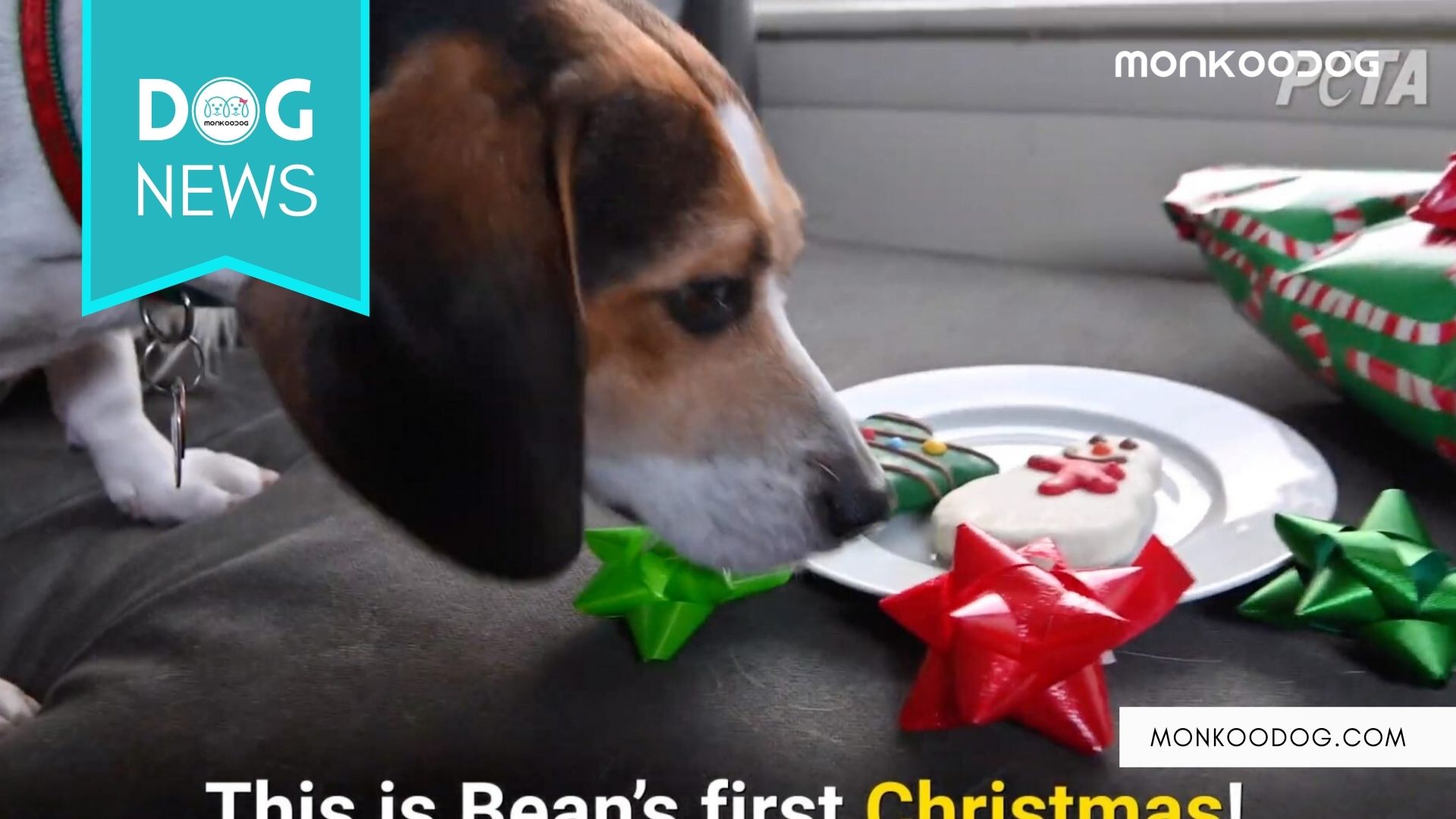 The poor little pooch called Bean had spent the first three years of his life tucked away in an outdoor enclosure. According to PETA, poor Bean’s house was filled with trash, his only shelter was a rotting doghouse. PETA replaced it, and it is disheartening to know that the only affection he received came from PETA’s fieldworkers who visited him. They gave him water, food, companionship, and his first toy ever. PETA eventually persuaded the owner of Bean to give up the dog and let them take it away.

This allowed the rescue of the animal to get Bean a brand new home in time for the holidays. PETA has been able to put him in a family that loves him forever – and encourages him to stay indoors as well! The heart-warming video below shows that the little dog was beginning life in a very sad condition. Living continuously outdoors would certainly wear down the spirit of a dog.

PETA wrote on Bean’s condition earlier this year in October, hoping to get him a new home. Despite all that he suffered, having spent his whole life outside in the cold, Bean was always such a gentle and caring dog. Bean was finally adopted. And the end of the video revealed that Bean had a great start to the holiday season. It is obviously going to be one that is full of joy and love for this very worthy doggy. Bean is seen in the video being inside and enjoying his life.

Besides having a family to take him for a walk and feed him a lot of sweets, Bean is also being spoiled and rotten. He has a lot of Christmas presents from his dad. But possibly the most wonderful gift he has got this year is a family that loves him unconditionally and is continuously showering him with love and affection. They were pleased to reveal at their post that Christmas wishes will always come true.  And that’s such a great thing!

PETA’s senior vice president, Daphna Nachminovitch, expressed that it was a great reminder that all pets deserve to live in the homes they live in. She added that the story should be a friendly reminder to people to be on the lookout for potentially abandoned pets that could be left out in yards during the winter. But most importantly, Bean’s story will remind us that holidays are not toys, they are living things that need careful care and attention.

Bean’s “first happy Christmas” reminds us that holidays are not about presents under the tree, but rather the difference that we can bring to the neediest among us. PETA Sr. Vice-President Daphna Nachminovitch said that he had been released from the animal protection organization.

Also See: Puppy Dumped In Trash Is Now In Search Of His Forever Home

PrevPreviousShot For 70 Times And Hit By Car! Mighty Dog Gets Her New Furever Home
NextDog Owner Creates Peep Hole For His Labrador Dog Named Billi Can Play With PassersbyNext