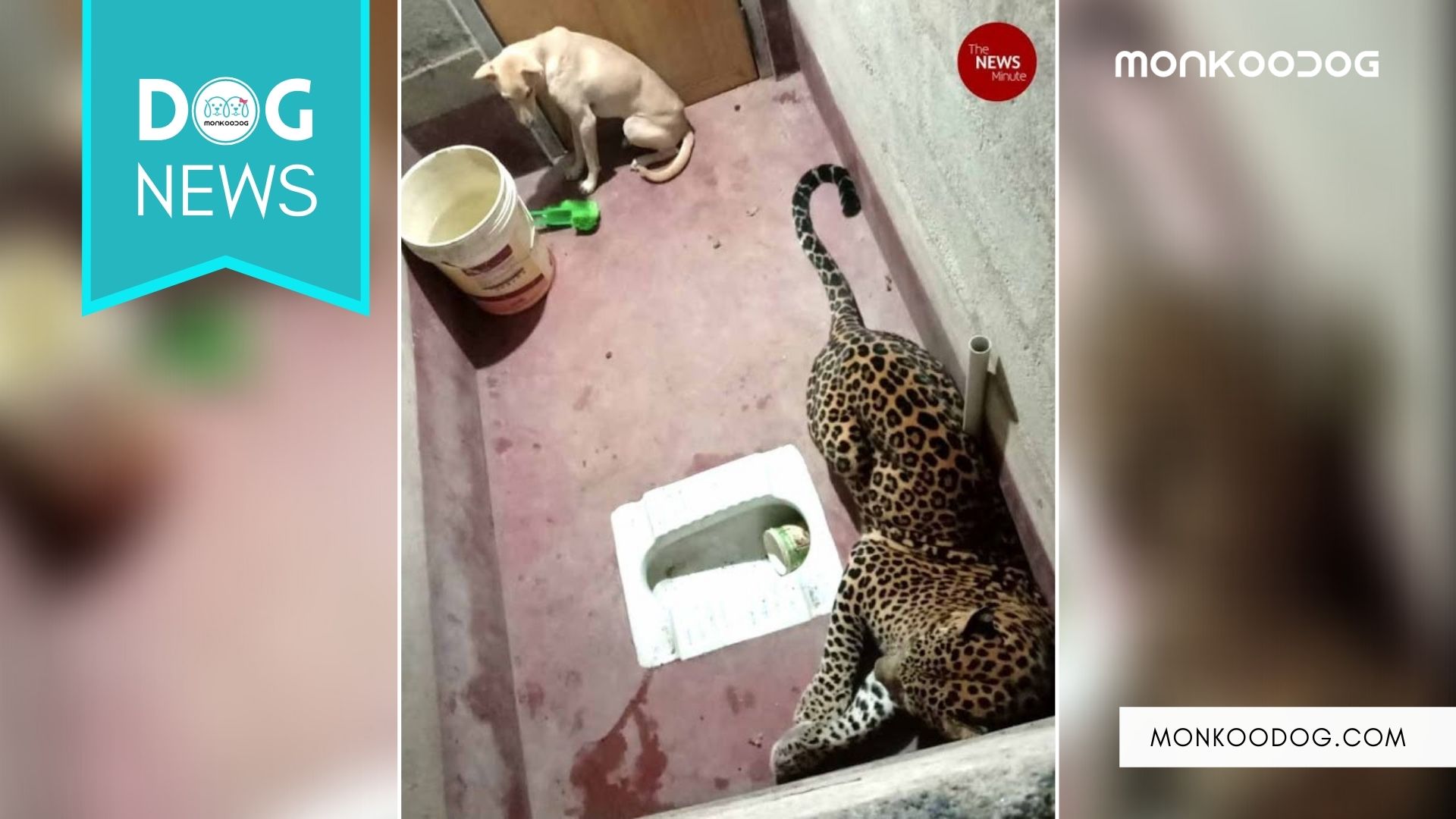 Home » A Dog got trapped with a Leopard for a night in the bathroom of Karnataka, India

A Dog got trapped with a Leopard for a night in the bathroom of Karnataka, India

Animals have a very unusual mannerism of interacting with other species.  While it is Charles Darwin’s philosophy of survival of the fittest that is the primary philosophy most living beings follow, sometimes things can go slightly in a different path.

Most often than not, larger predators are noted to hunt and survive by dominating over the weaker strata which often means brutal death for the weaker counterpart. However, just like how we humans are more unpredictable than anyone can imagine, animals also showcase rare and unusual behavior traits once in a while. The Internet is filled with video footage and photographs of such unbelievable stories.

Picture of a zebra and a lion drinking water from the same water source in Africa to a huge White Elephant herd protecting a newborn fawn from poachers in Thailand to a surprisingly humongous Crocodile eating only vegetarian food in Kerala, these unusual incidences have baffled animal experts and environmentalists worldwide for a long while. These scenarios only go to prove that animals once in a while can make adjustments to accommodate the scenario around themselves.

The instinct to behave in a way far from their natural mannerism is often driven by numerous reasons, most of which are surprisingly unknown to mankind despite all our efforts to study animal behavior. The latest addition to this weirdly and unusual behavior pattern is a new sensational incident that occurred last week in Karnataka.

Mrs. Jayalaksmi of Bilinele village in Dakshina Kannada was out with family when one of her relatives happened to spot a spotted tail of a leopard waving from under the door gap of the washroom outside the house. Terrified at the prospect of being attacked, they ran away after bolting the door shut from outside. Thankfully he decided to inform the family and the forest authorities immediately.

According to the spectators and other villagers, the leopard was actually from the nearby Reserve Forest and many had seen a few of them deep in the forest, however, never had any of the leopards entered the village before. When forest reserve officers arrived at the site with nets and tranquilizers to capture the leopard and release it into the wilderness, they were in for a massive surprise. Visible from the ventilation bracket close to the asbestos ceiling, there was a dog also inside the tiny space.

By the time officers arrived at the site, it was almost 9 am the next day. However, what shocked everyone was the fact that the dog seemed completely unscathed and devoid of any bloody injury except sitting shocked and scared at one corner. there is speculation that the leopard was chasing the dog when both of them got stuck in the toilet as the man who saw the leopard tail had bolted the door from outside.

Also See: One World, Two Different Viral News, A Dog Saves A Life While The Other Mauls One To Death

Funnily enough, the dog remained seated without moving right on the spot even after the leopard had fled and the doors opened wide for it to come out. The white mongrel identified as Bholu, a resident stray of the village that was often fed and taken care of by Mrs. Jayalakshmi’s family, seems to have become the hero of the day after the miraculous battle with death and Twitter seems to be flooded with hilarious comments and jokes about what could have happened in the toilet that stopped the leopard from attacking the tiny dog.

The villagers even posed for numerous photographs with Bholu, while the poor dog still seemed dazed and shocked after surviving for more than 7 hrs in a tiny confined space with a leopard if not anything more dangerous. Bholu is certainly no ordinary dog and if he had a voice to speak, he definitely would have answered all those mystery ridden questions we all seem to be thinking of.

PrevPreviousKarnataka Initiative: Stray dogs will get food and water in exchange of plastic bottles
NextA Couple converts their backyard into a racetrack for their dogs in the latest sensational viral video!Next