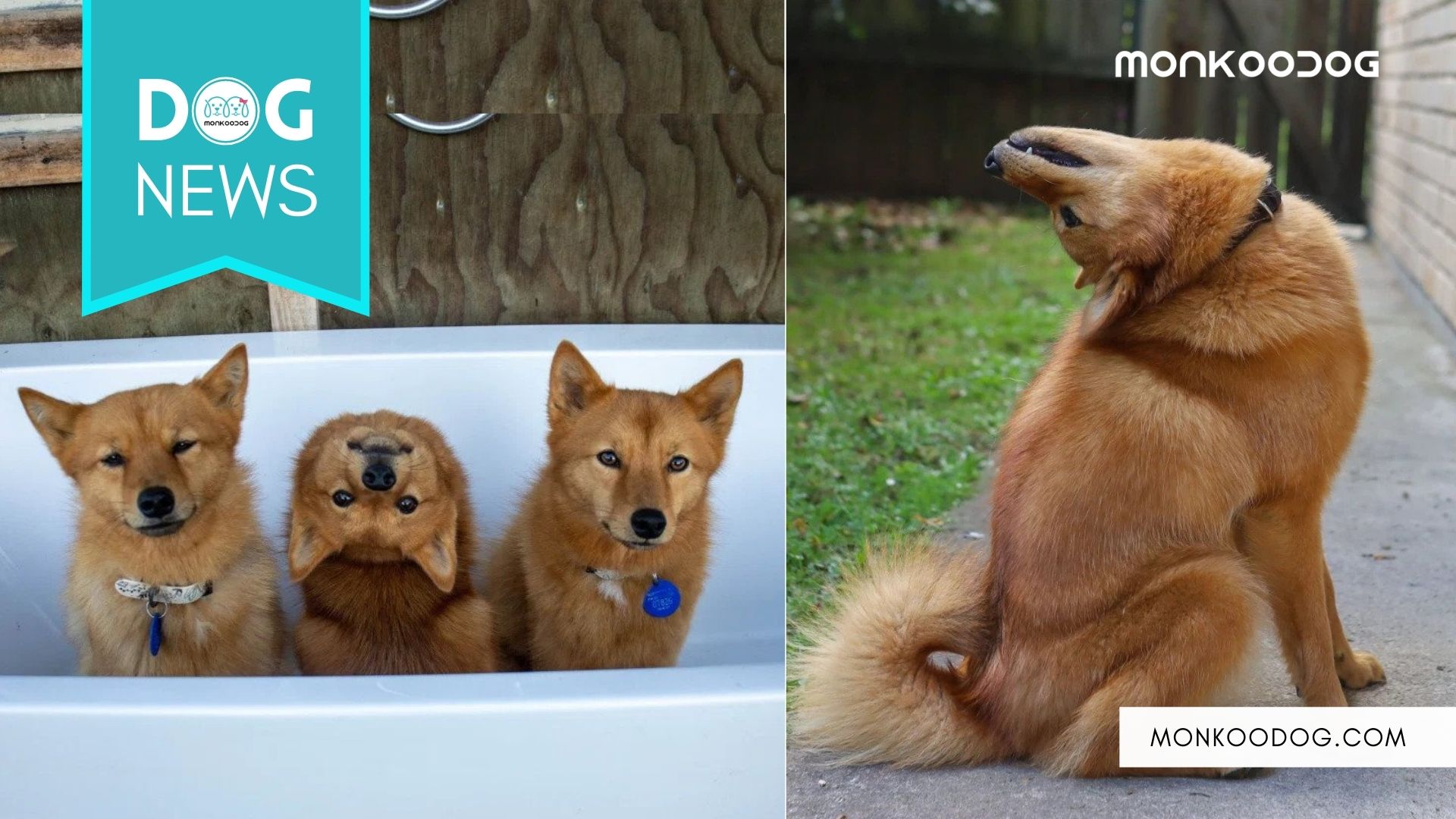 Home » Not Possessed, This Dog Has Learnt To Flip Her Head 180 Degrees When Owner Commands – “Demon”

Not Possessed, This Dog Has Learnt To Flip Her Head 180 Degrees When Owner Commands – “Demon”

Dog owners often love to teach their dogs some extraordinary tricks. The basic tricks taught by owners to their dogs are like fetching the ball, jumping over obstacles, going through Hoola hoops, or following hand gestures. But many owners try to go off the beaten path by teaching dogs some special tricks like dancing, acting, and whatnot. But how about making your dog look like she’s possessed and freak everyone around out?

Just like the exorcist’s possessed girl, a Finnish Spitz is born with the trick of turning her head to 180 degrees which have been shaped into a perfect trick by her owner after discovering this hidden talent. Ashleigh MacPherson’s dog Kiko looks freaky in the photos, her head flipped 180 degrees. It’s a bit hard to believe that the images of the pooch are not photoshopped for social media attention. Ashleigh said that Kiko learned the trick easily and turns the 180-degree head every time she says the word ‘demon.’ Ashleigh said she first noticed that Kiko was doing the trick when she was sleeping. And she figured out that Kiko does it to look at other dogs.

According to Ashleigh, since Kiko was a little puppy, she had always done that trick. At first, as she slept, she started to do it. Ashleigh always thought, maybe Kiko just liked to sleep that way. She didn’t think too much of it, as she knows often dogs like to sleep in strange positions. But soon Ashleigh realized Kiko turned her head like that to look at other dogs. Instead of turning her head around like a ‘normal’ dog, she’d bend her neck back and freak people out, Ashleigh explained.

However, Kiko is as lovable as any other dog. Her paw powers did not stop her from being an adorable obedient pup. According to Ashleigh, Kiko has been her best companion throughout the hard lockdown times. Kiko loves to play and often she becomes sassy just to indicate that she needs attention. Even if people get scared seeing Kiko’s trick at first, eventually they turn surprised and appreciate her with a lot of smiles and joy.

But this is not the first time that we are seeing a fascinating and unusual dog trick. Check this parkour dog out below:

We don’t know how he was trained but this is freaking pawsome!

PrevPreviousWARNING: A Golden Retriever Dog Dies Of Rope Toy
NextDog Plays DEAD to avoid returning Home Since After Lockdown Has Limited His Walk To Only OneNext