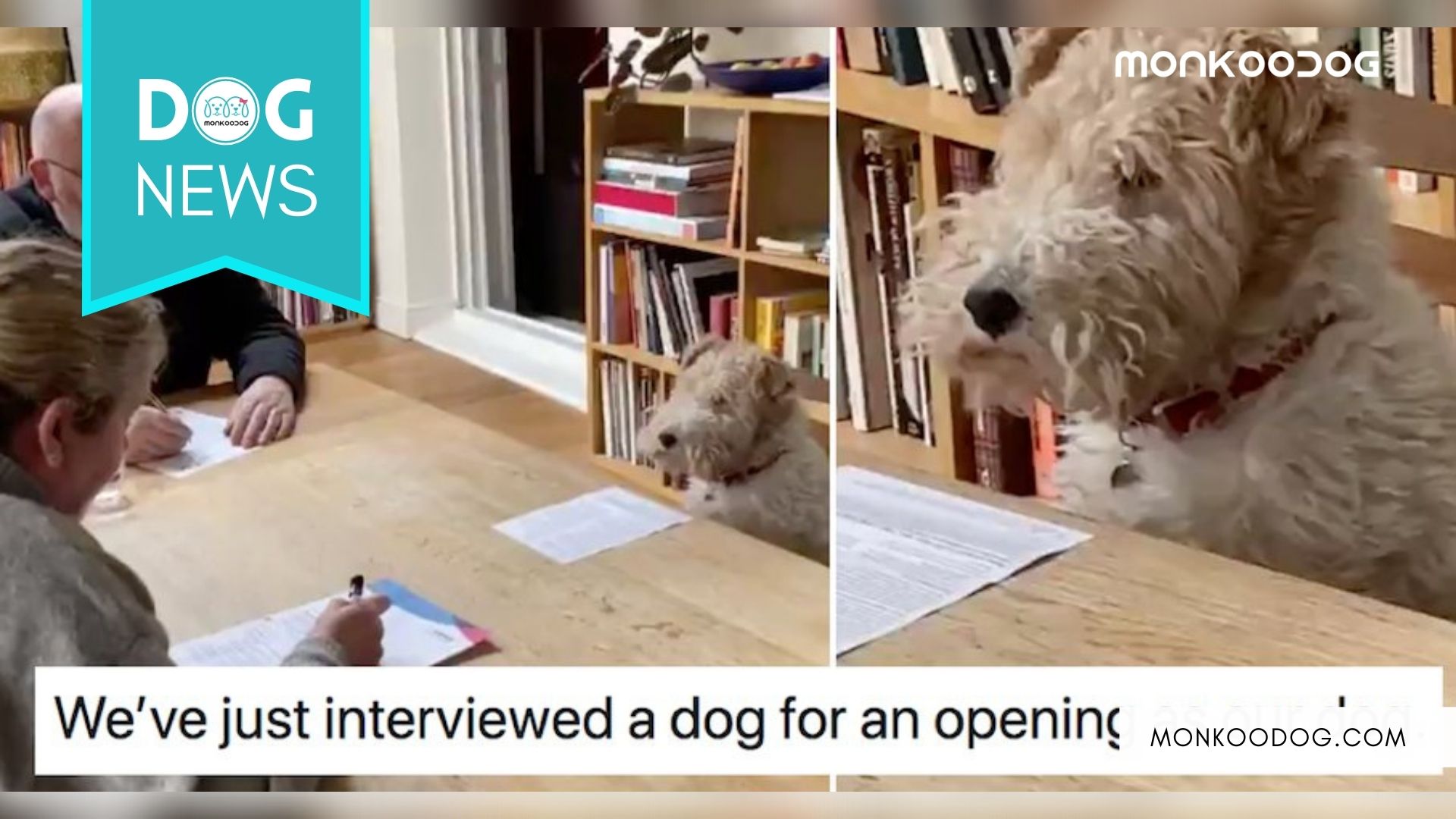 While one dog became an international star with the viral dog interview, another had to bid adieu albeit temporarily to the Whitehouse.

March 8th of 2021, was certainly one of the most entertaining days, especially for worldwide dog lovers. While on one side a dog became an overnight sensation after a very credible and cute dog interview, on the other side, a celebrity dog in its own right had to say goodbye to Presidential duties for some much-needed break time.

Moose Allain is one of the most prolific illustrators and cartoonists of the modern era. Always known to be in the limelight, it is rare to see him out of viral media news. However, this time around the celeb himself was not the source of the spotlight. Strangely enough, the star of the recent most viral outbreak of the global social media scene was his dog instead.

Nutmeg, Allain’s pet poodle has been a steady companion in almost all of his social media posts. However, up until now, Nutmeg was more of a sidekick than the main lead. Things took a different turn when Moose and Nutmeg had a mutual conversation in the form of an interview. The dog interview conducted in a very formal and professional setting was hilariously one of the best ever interviews in the history of social media for sure.

According to Allain, Nutmeg generally had a habit of wanting cuddles post mealtime and it is a permanent ritual that he has to follow. During one of her post-meal sessions seeking cuddles and hugs, she was sitting in a very formal and stoic manner waiting patiently. However, the entire scene looked so funny that Allain jokingly claimed that Nutmeg looked like she was ready to attend an interview.

This gave his son a hilarious idea and he immediately cleared out the dining table and set up a few paper and pen in front of Nutmeg and began to record her. Funnily enough, Nutmeg, oblivious to the strange happening around, sat on the chair like a professional interviewee and waited patiently for someone to finally cuddle him. Later on, when Allain looked into the recording, it looked so funny that he decided to share it on his official Twitter handle @MooseAllain.

What he did not expect was that Nutmeg would become an overnight sensation and suddenly become a social media star with her own growing fanbase. And guess what, Nutmeg got the job too.

Allain thanked netizens and audiences for their immense love and positive attitude towards Nutmeg and vowed to share more adorable stories about the Poddle with the media.

On the other side, President Biden’s dogs Major and Champ have been sent to stay with extended family for sometime after an unexpected incident. According to the internal source, the dogs have been garnering too much attention since they began their new duties as the First dog of the United States.

Also See: Dog Sets The Example As The Perfect Foster Mom To Other Pets At Doggie Daycare

However the constant attention and camera flash along with the massive cumbersome area coverage of the White House, both the dogs were slightly apprehensive. As they both were constantly amidst unknown people and noises, Major mistakenly hurt one of the secret service officials on duty.

Though the officer was not injured badly or harmed, however, Mrs. Biden has decided to let them rest for some time at their private property in Delaware. Since Champ is already very old at 13 yrs of age and Major is still a puppy at only 3 yrs, the entire crowded and heavily guarded Parliament seems to be slightly more daunting for the dogs.

However, Mrs. Biden promised that both the dogs would be back to their official residence once they were calm and more acclimatized with the new life.

PrevPreviousTwo Animal Cruelty Incidents: Priya Chauhan got pelted with stones, slipper, and abuse for feeding the strays, and China zoo caged a Rottweiler instead of Wolf
NextDog Tries Her Best To Stay Up, What’s She Watching?Next