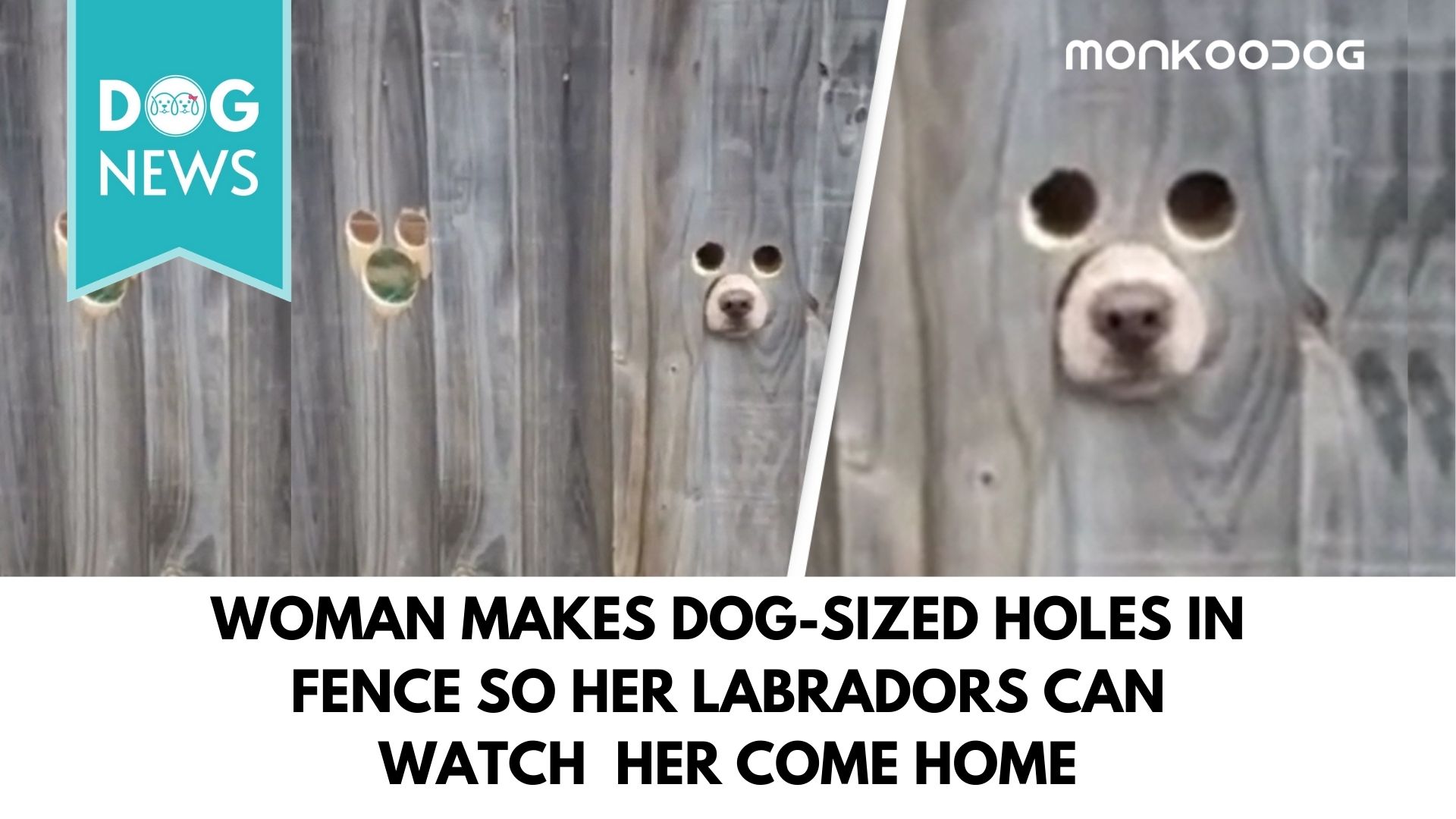 In a heart-melting TikTok video, viewers have seen an ingenious woman cut snout and eye holes in her garden fence so that her two Labrador pets can see her come home from work. This truly devoted dog-parent has been hailed as a genius by the whole of the internet because she had cut spy holes in her garden fence for her loving Labrador pets. The woman’s innovative and astounding handiwork has earned her respect from thousands of netizens all across the work. The world saw this adorable setup on TikTok first and the video has melted hundreds and thousands of animal lovers’ hearts all across the globe.

The video has been uploaded by a TikTok profile named “Lil troubles” and it opens with the woman pulling into her driveway in her car outside her house in Australia. Within a few seconds, one of her pet Labradors sticks its snout out of one of the snout holes and looks out from the eyeholes. The video then shows the woman saying “hi” before bursting out laughing. A few more moments later another set of eyes and snoot peep out of the holes in the fence to see what was going on.

Her ingenious idea was working and her dogs’ run-up to the eye and snout holes whenever they hear her pulling over into the driveway.

This adorable video clip has gone viral quickly with around two million likes and over 18,000 comments. Titled as “Mommy Is Home”, this video has inspired a lot of people to do the same and cut holes into their garden fences for their furry friends. While some TikTok users have called this the smartest idea ever, others have suggested her to patent the incredible idea.