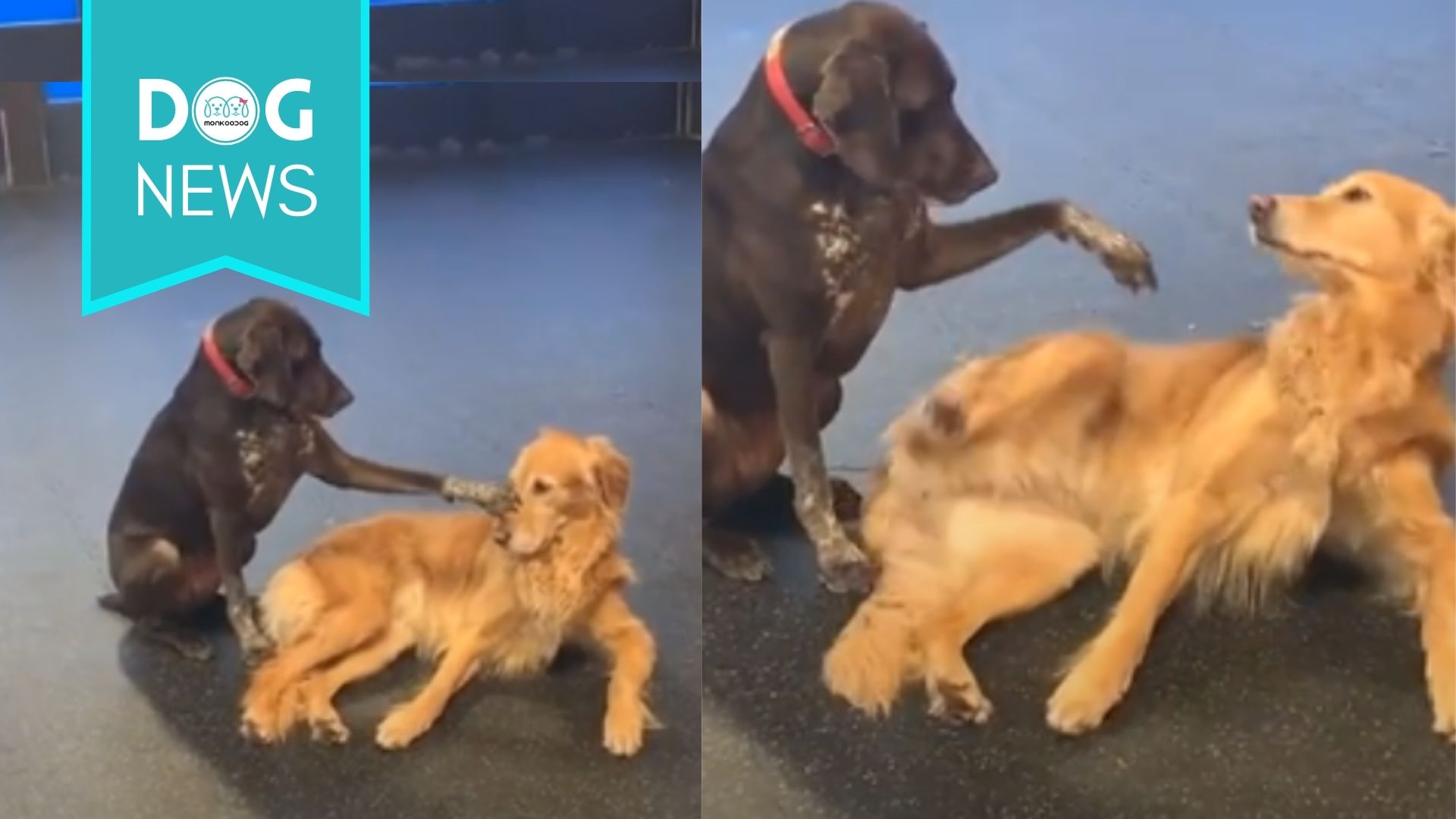 Dogs and their innate tendency to be the best caregiver is perhaps the primary reason why they are perfect as therapy animals. Their innocent eyes and extremely loving attitude make them one of the best human companions to have ever existed. So, it is not a surprising fact to notice dogs being equally or more caring and loving towards fellow mates.

Recently two emotional tales of love and loyalty of dogs had the entire world weeping with emotion. The stray doggie mommy who kept waiting for her washed away puppies in Chamoli, Uttarakhand was an emotional news coverage everyone wept for. Similarly, a stray waiting and caring for another injured dog on the busy highways of Bhopal until help arrived was another true example of how devout and loyal these Four-legged beings are.

However, sadly enough as humans, our actions are often not sufficient enough to give them the complete love and protection they deserve. Many say that dogs are bothersome, but the harsh reality is that most humans are not ready to adapt to dogs nor teach them to adapt with us humans. They are born with feelings and understand human emotions very well, this fact is enough to be the driving cause for us to take care of them.

Also See: One Week After The Uttarakhand Flood, Two Dogs Keep Coming Back In Search Of The Lost Loved Ones

Recently a video has been garnering massive attention from people all over the world regardless of one being an animal lover or not. It is one of the perfect examples of why humans and every living being needs to spend some time in their lifetime around dogs. Ruby, the chocolate-colored pooch, and her sibling Miles are two of the favorite attendees of Den Doggy Daycare in Burlington, Ontario.

Loved for their loving and sweet demeanor, they are among the best dogs at the daycare who gets along with every human and dog there. Ruby especially was well known for her extra caring and soft nature, however, it wasn’t until the day when the staff noticed something unusual about Ruby. Rather than the conventional playtime routine, Ruby went one step ahead often petting the dogs. In fact, she had a habit of randomly petting every dog she met regardless of where and when.

Very gentle with her petting, Ruby does not seem to ever get tired of petting all her fellow companions at the daycare and it became a constant routine with her. However, what’s really funny is that more often than not, her fellow companions have no idea about how to react to her gentle caring and petting and they mostly have a comical and stoic look on their face.

One of the staff at the daycare center named Alana Lorraine decided to make a short video of the episode and post it on her Tik Tok social media handle @alanahlorraine. Within hours the video went on to garner over 150 thousand views in Tiktok alone, which prompted her to share it on Instagram too. Shared under their official handle @thedenburlington, the video has over 3000 likes on the main Instagram channel alone.

The internet seems to be unable to get enough of Ruby and the video has been shared on every possible social media platform and comments of people gushing about Ruby and her beautiful nature do not seem to be stopping anytime soon. Oblivious to the fame and the worldwide appreciation Ruby seems to be continuing with her motherly behavior.

Also See: Couple Converts Their Backyard Into A Racetrack For Their Dogs In The Latest Sensational Viral Video