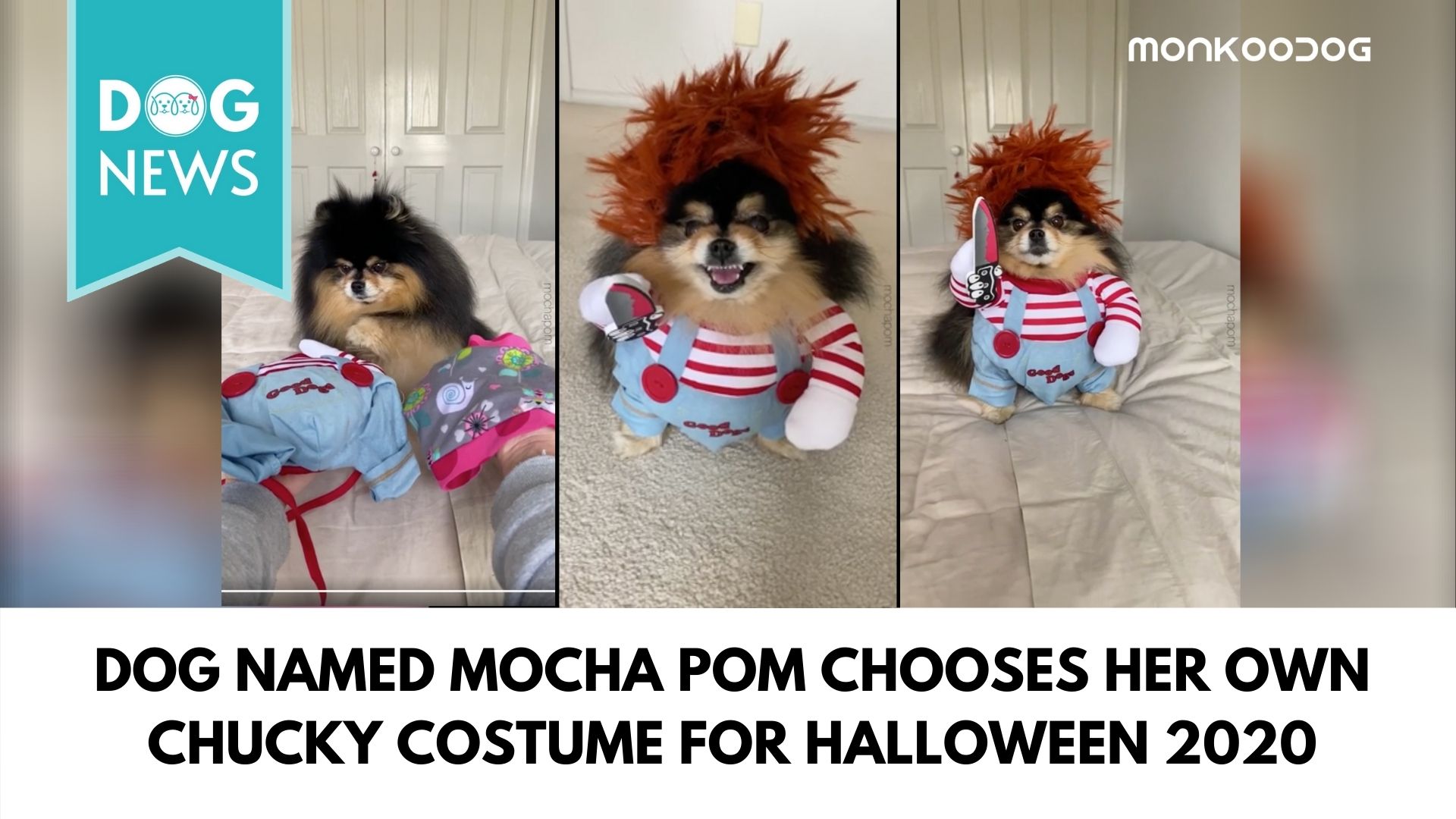 A dog named Mocha Pom chooses her own Chucky costume for Halloween this year. In a super cute moment, Mocha Pom selects her own Halloween costume to make for an adorable video clip that has already gone viral worldwide. The whole video is too cute to resist and you will definitely find yourself grinning from ear to ear.

The video was originally uploaded on the rockstar dog’s Instagram profile and three days later, the video was published on Reddit as well. With the caption “Coming in Full Swing”, on both the platforms, the video has delighted viewers all across the globe. But you should definitely watch the video instead of taking our words for it and check out the cuteness for yourself.

Since being published, this adorable clip has amassed 75,000 upvotes on Reddit. It has also garnered 18,000 likes on Instagram as well. People on both these social media platforms believed that the video was just too cute to resist and totally loved Mocha Pom and her Halloween enthusiasm.

While some viewers loved the dog’s snarl in the video, others enjoyed the ending of it the most. Others have agreed that Mocha Pom truly does make the cutest Chucky ever!

Some have noticed the dog getting pissed by the end of the video and found that hilarious while others commented on the brilliance of dressing a dog as a Chucky doll. They even mentioned how their dogs would love to stab others in the house in this Chucky costume.