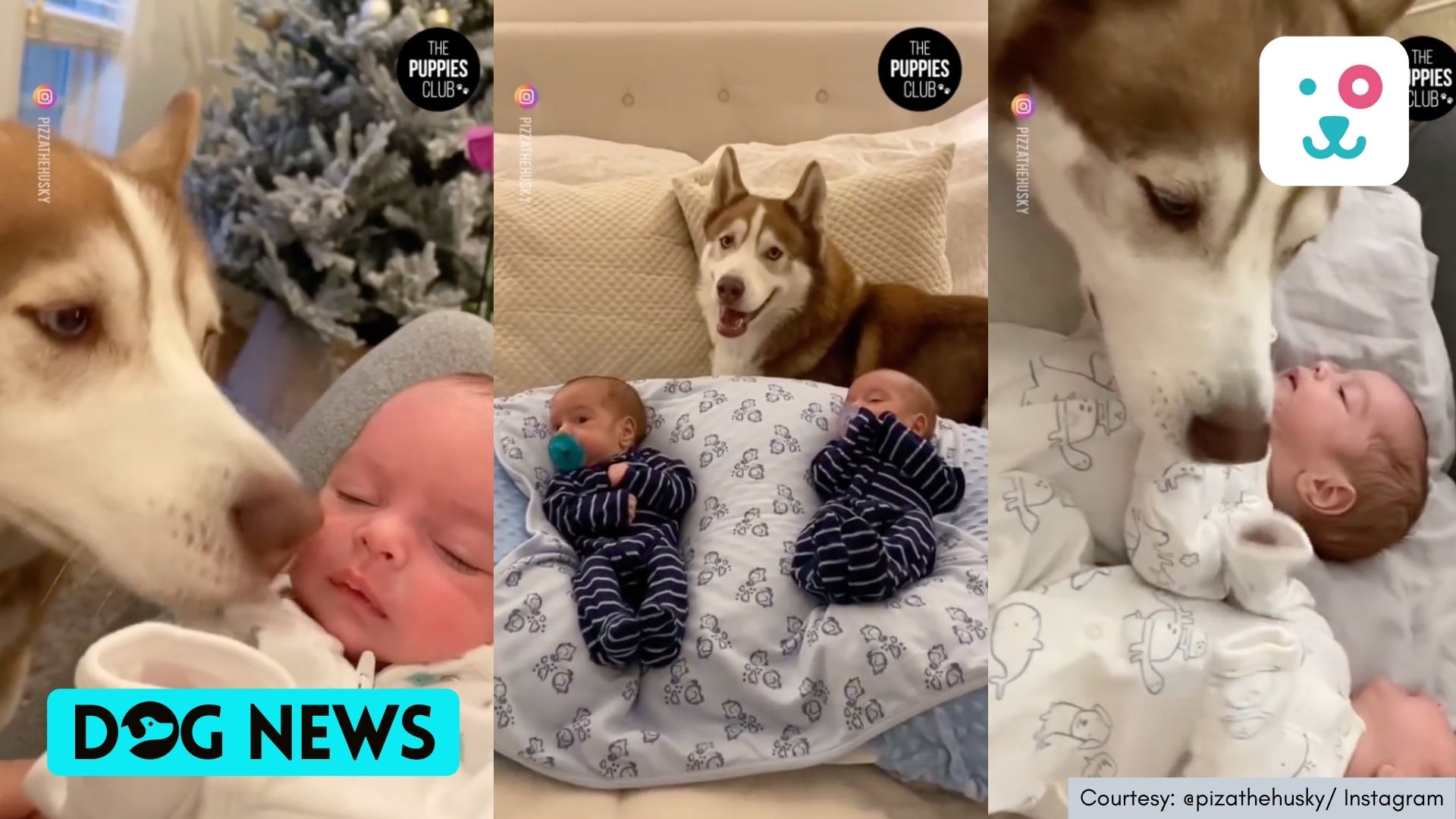 If we have to define love in the form of a creature, probably it would be a dog. Their ability to love unconditionally and fiercely is known to the world. They care for their loved ones too much and don’t hesitate to show it too. The video which went viral was originally posted on Instagram. The dog who is Husky is taking care of his human n twins as a big brother would. The Instagram page which posted the video is named Puppies Club.

Probably this is one thing that humans need to learn from these furry little creatures. At the end of the day, we would all agree that it is love that is the most powerful source and the source of life on our planet. And who can love better than dogs?

Recently, an example of this kind of love came to the picture when a video went viral. The video shows how a dog is acting like a protective big brother towards his human twin babies. His love for the twin babies is clearly visible and it is a treat to the eyes.

The Husky’s way of showing love-

The video has gained around 4 lakh views as of now. The video was posted to other social media platforms and everyone loved it.

As can be seen in the video, the dog is too eager to meet his twin human babies. He is being really protective of them. While the babies are sleeping, the dog is keeping an eye on them. The dog can be seen even licking the face of babies out of love. He looks like a perfect protective big brother. The text on the video says, ‘He loved them since the womb.’

The comment section of the video was filled with lovely comments. One person commented, ‘God bless the trio’, the other said, ‘Okay, I am not crying’. The video was indeed emotional. The love shown by the husky for the two babies that he doesn’t even know properly is clearly justifying the video title that he loved them since the womb. That is what the love of siblings is.

The husky name is Pizza as posted on its Instagram page. The page has around 16K followers. The video is not recent, though it went viral recently. The video was posted originally last year on January 21. The text on the video also says that the twins were home after spending almost 55 days in the NICU.

Don’t you think the video is too adorable? It will make your day.

Also See:- Charlie, The Playful And Joyous Dog, Looking For A Forever Home.

PrevPreviousBTS member Jungkook’s 20-year-old dog dead.
NextCrufts, the dog show, is back after 2 years but without Russian participationNext