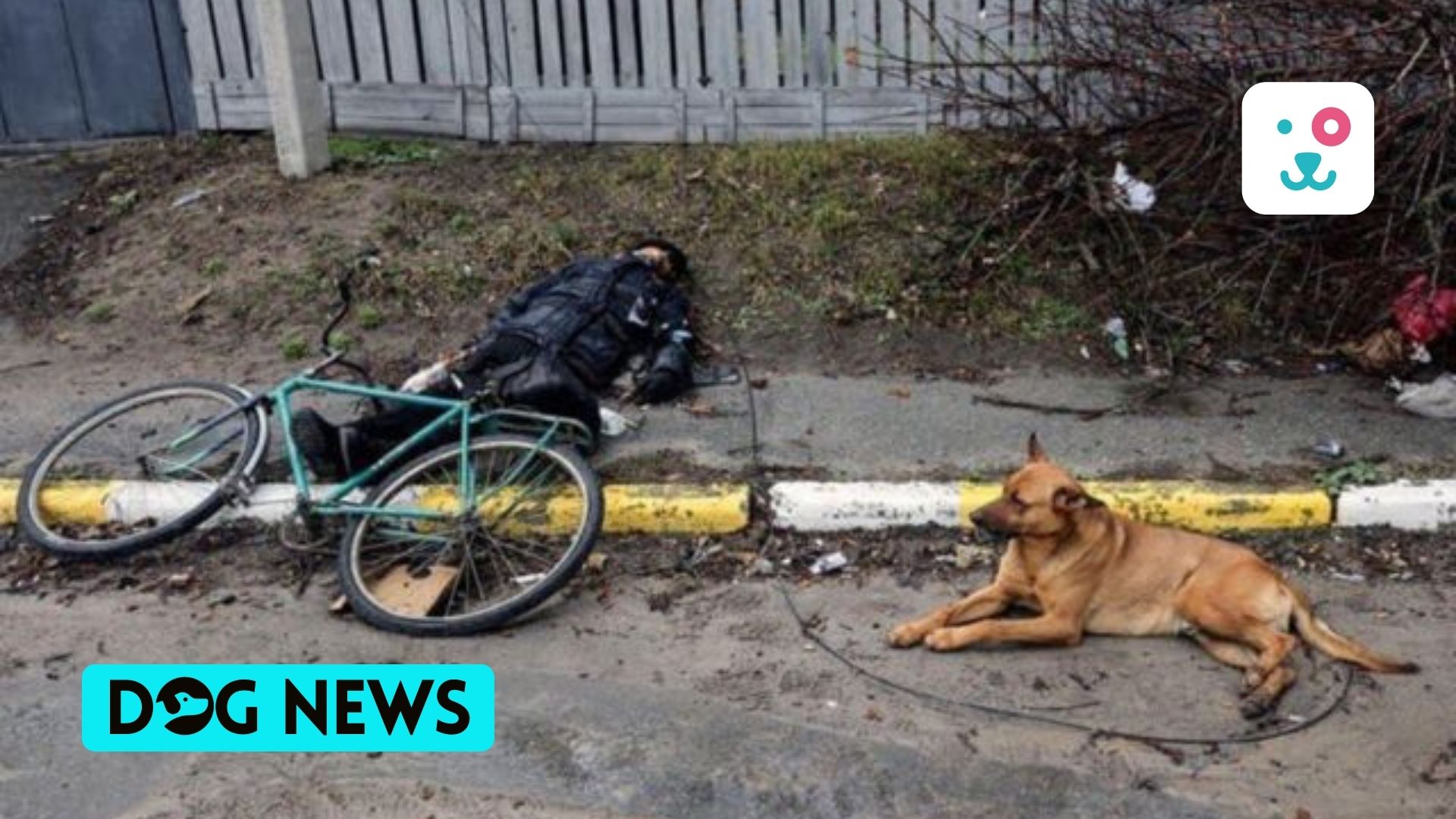 Home » In War-Torn Ukraine, a Real-Life Hachiko Was Seen

In War-Torn Ukraine, a Real-Life Hachiko Was Seen

In a heart-wrenching picture that was posted by NEXTA, a media organization, a dog is seen sitting on a road. If you look closely, the dog can be seen sitting beside someone’s corpse. Reportedly, the corpse is of the dog’s owner and he is sitting next to a dead body.

The picture is from Kyiv, Ukraine, a war-torn country.

NEXTA, an Eastern European media organization the corpse is of a man who was killed by the Russian forces. The dog, later on, refused to leave the side of his human even though the human was dead.

The picture reminds people of a movie named Hachiko which is based on real evidence. It is a Japanese film in which a dog named Hachiko waited for his owner for more than nine years after the owner died in the 1930s.

The Russian invasion of Ukraine has been a disaster. Russia invaded Ukraine on February 24. Ever since then, Russia has been launching strikes on the country. More than 4 million people have been displaced because of the war. Thousands have lost their lives. Civilians not only soldiers have been the ones who have suffered the losses of their loved ones.

It was last week when Russia declared that it would retreat from Capital Kyiv and only focus on eastern Ukraine.

According to US officials, two-thirds of the Russian forces from the Kyiv region have been repositioned.

Though the forces have retreated the fact that they have destroyed the city completely and left Kyiv completely devastated can not be ignored.

There have been reports that in Bucha, Ukraine, A lot of bodies were seen simply lying around the town. This is horrific and triggered global condemnation.

Ukraine on the Other Hand

Ukraine on the other hand has also accused Russia of committing war crimes which Russia has reportedly denied.

The war has been going on for months now and for what, territory. Little children, women, elderlies are the ones who are suffering the most. People have lost their lives, their savings, houses, and whatnot. Once a comfortable life is just a chaotic one now.

Having no idea regarding what the future is, Ukrainians are putting a tough fight to defend their land and not going down without a proper fight. Civilians have taken up arms and thousands have died. Still, they have not lost their morale and zeal to give a fight.

The world needs to play a role in this war-torn situation. War has never been useful for either of the parties.

The one often ignored aspect of war is animals. They go through emotional and physical trauma of missing their families and the pain that war brings. They don’t even have access to food and water in war-torn situations and nobody is even talking about them.

As a matter of fact, animals are the ones who have no role to play in this whole situation, they will not benefit no matter what happens at the end of the day but surely they will suffer this more than anyone.

Also See:- The Behind Story Of The Viral Video Of A Ukrainian Man Carrying A Dog On His Shoulder