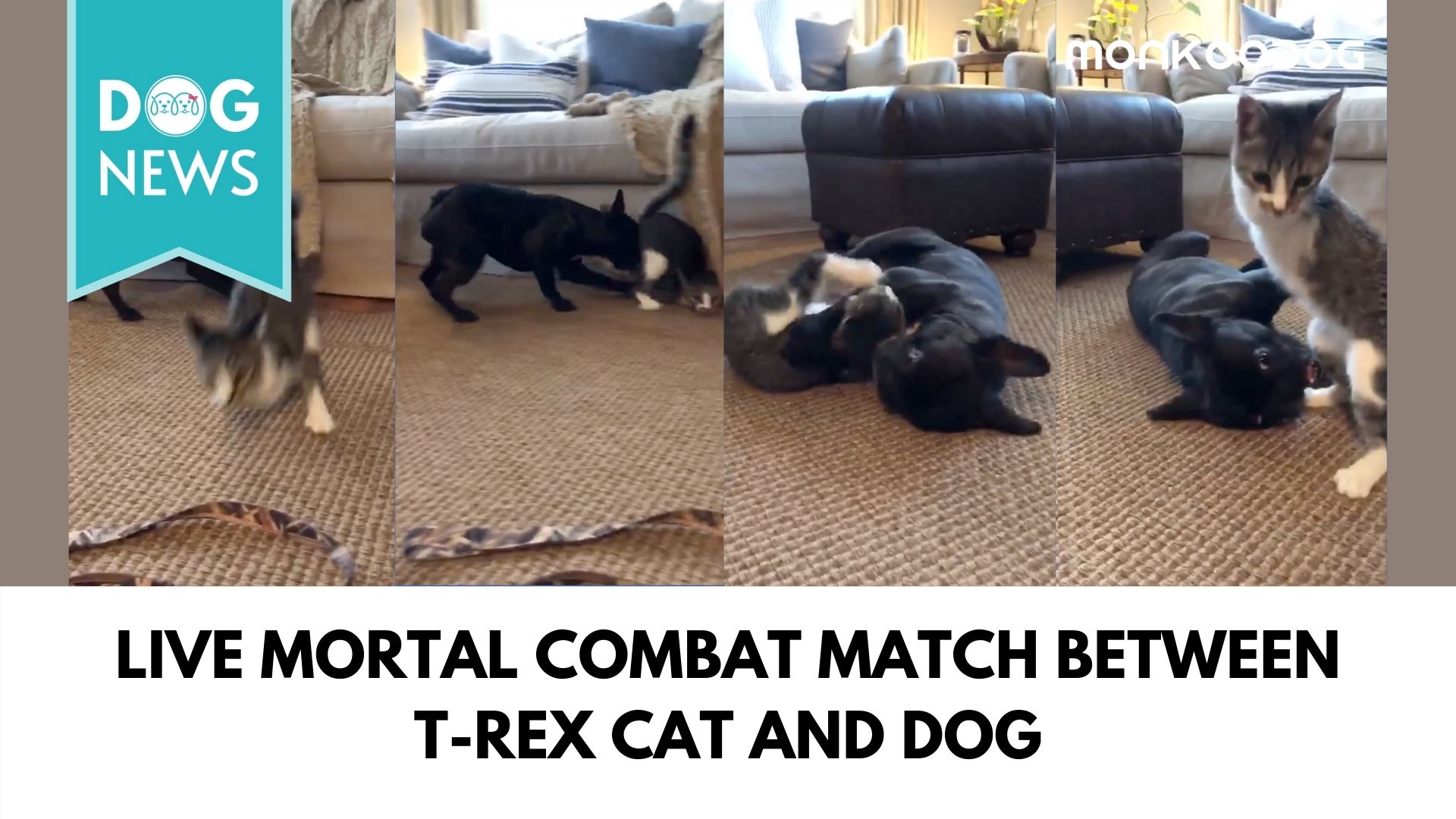 Cats and Dogs have personality traits that are the polar opposite. People who have both cats and dogs at home are always in for a treat. While dogs love to invade personal space, cats prefer maintaining their own private life.

However when both are at the same spot, then it is a sure fight until they win for both. A recent Instagram video has caught the attention of worldwide netizens and people can’t seem to be able to stop gushing hilarious comments about the entire episode.

Posted by Instagram account Purrasicduck, the video is a masterpiece in itself. A combined collection of 3 footage clubbed together, the video has over 13 thousand likes since it was posted on 29th September 2020 and is fast gaining more views on various other platforms.

Duck is a double amputee cat who was rescued and saved before being rehomed to his permanent residence at St Petersburg, Florida. Staying with his 3 dog and 2 cat siblings, Duck has slowly become one of the most adored and famous siblings of all. He also has many foster siblings from time to time.

The video starts with a hilarious battle between a pooch and DUck as they both fight for the same spot on the cushion. Duck seems to be trying to wade the pooch off by biting him in the neck in a light manner but there seems to be no reaction at all from the cute black pooch. The second video is once again a fight on the carpet.

However this time the battle is a bit more competitive because the pooch seems to be trying to get hold of the cat while it seems to be able to escape despite having only two limbs. The clip continues and reverts to the cushion where they are fighting once again for space and this time the pooch tries to grab Duck with his paws and fails.

People have been leaving many hilarious comments and laughter emoticons showing their support. However what makes the video special is the fact that, despite the double amputation, Duck the cat seems to be very happy and well taken care of amidst all the other siblings.

The video is proof that love and care can change even the most drastic situation in one’s favor. The fact that Duck does not mind that he is different from any other cat and neither does his siblings or human families treat him as a disabled being is a true inspiration for humanity.