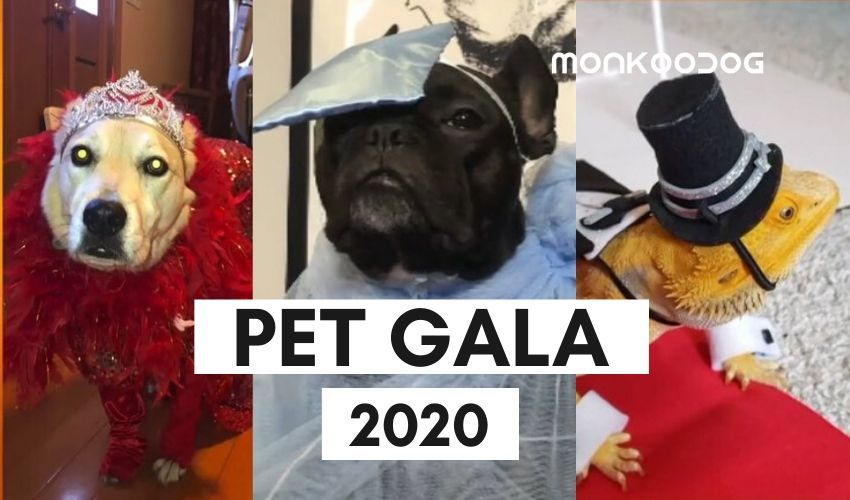 Every year, the first Monday of May is booked for the Met Gala, one of the world’s most famous fashion events. This year’s event would have also been celebrated as the 150th year of the Met. Given the COVID-19 crisis, the event has been postponed like many others across the world.

While celebrities have taken to Instagram with throwback posts of past editions of the Gala, famous talk show host James Corden came up with the Pet Gala as its substitute. The Pet Gala saw celebrities being replaced by our furry friends and displaying their best.

On April 27, Corden posted on social media asking people to dress up their furry friends according to the theme set for this year, ‘About Time: Fashion and Duration’. Photos and videos of pets decked up in fashion and catwalking down their makeshift red carpets were uploaded.

Marlo looking a lil' Liza with a Z on the #LateLatePetGala red carpet. pic.twitter.com/yjUTVfvvRK

Yesterday, May 5 was the first Monday of the month and Corden uploaded the ‘Pet Gala’ on his YouTube channel, The Late Late Show. The best entries made their way into the video in which Corden and Brad Goreski, celebrity stylist and E host, do a commentary on the clips of adorable pets that were dolled up wonderfully to match the theme.

Corden remarks that the costumes were ‘paws-itively stunning’! Goreski comments that one of the gowns worn by a pup must have been tailored by ‘Bark Jacobs’, humorously referring to famous designer Mark Jacobs.

The glitz.
The glamour.
The pawgeantry.

Tonight at 12:37c on @CBS, the #LateLatePetGala will leave the fashion world begging for more. pic.twitter.com/wuqLqEqmZc

Including the cute pups and dogs, there was Philip Arthur Norrington, a huge lizard who had a fancy entrance with his ‘limo’ and also topped as the best-dressed man with his timeless tuxedo.

The Pet Gala also saw a stylish line of guinea pigs, rabbits, cats, and even chickens! The pets were attired in colorful feathers, crowns and semblances of human clothing. Keeping up with the norms of social distancing, the event was executed virtually and was a true delight

PrevPreviousBff Dogs Finally Get to Have Heart to Heart Amidst Lockdown via Video Call
NextThe Brew Dogg Delivering Beer To Customers Under Lockdown is the New Adorable Story!Next