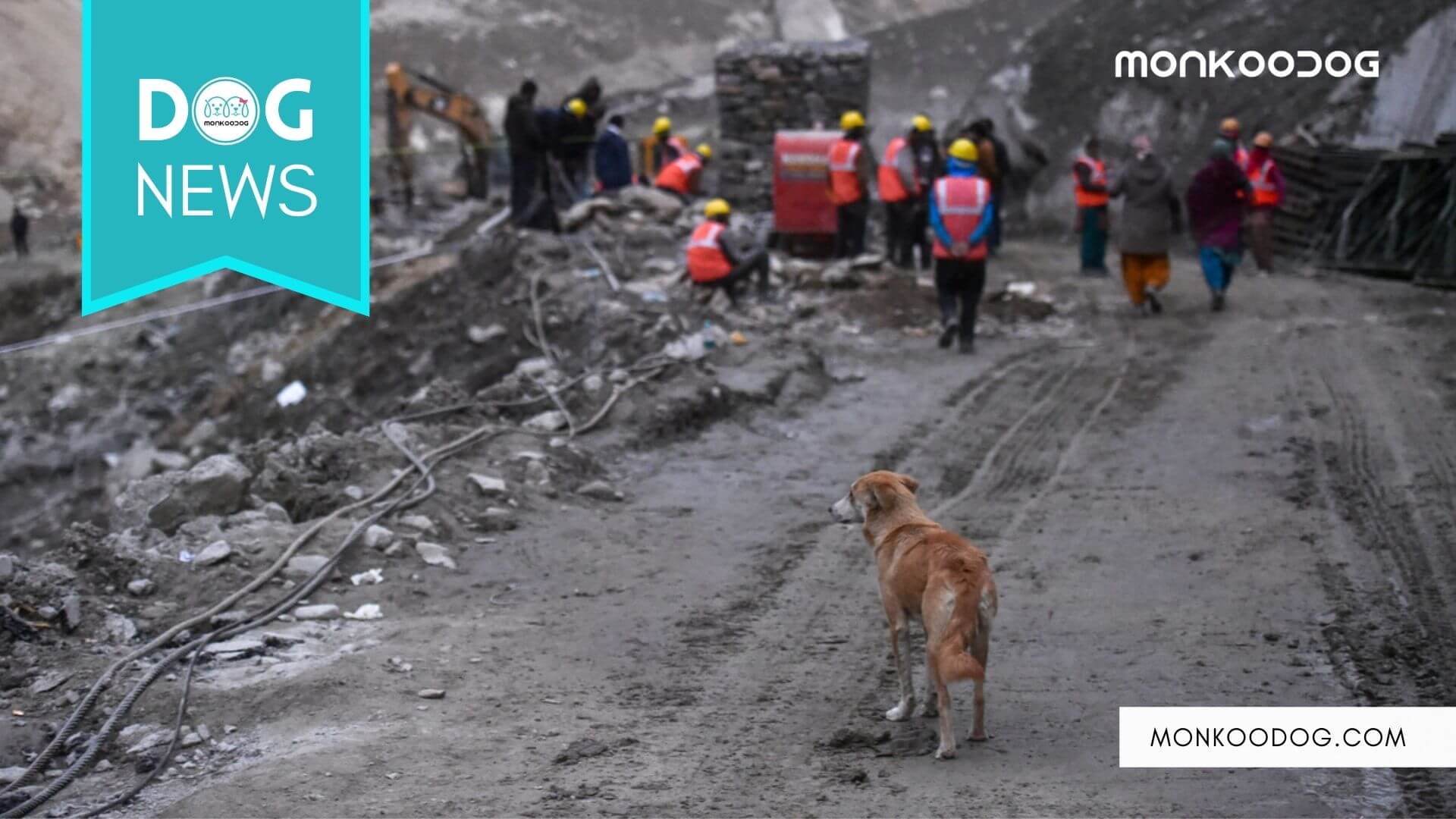 Home » One week after the Uttarakhand Flood, two dogs keep coming back in search of the lost loved ones

One week after the Uttarakhand Flood, two dogs keep coming back in search of the lost loved ones

Uttarakhand once again became the victim of yet another natural disaster just a few years after the tragic Kedarnath Flash Flood. This time the destruction was equally turbulent and huge with a massively alarming number of dead and missing civilians.

The Glacial collapse into the lake bed in Chamoli resulted in a massive flash flood of the Alaknanda River. The intensely fierce and furious gushing water and debris content rushed through the Himalayan valleys of the district destroying everything on its way

One week after the massive destruction in the area, officers and rescue operators are still struggling to find any possible signs of bodies, alive or dead. With 58 officially resumed dead bodies and 156 missings as of yet, the next few days seem to be getting gloomier than ever.

The two hydropower projects that were completely washed away due to the massive impact of the flash flood are among the most expensive damaged infrastructures of India recorded. The cost and time required to rebuild the entire project are bound to take a huge toll on the economy many financial advisers have been noted saying.

Amidst all this chaos two heartbreaking incidents have touched the hearts of animal lovers worldwide and many have been coming forward willing to give helping hands to both cases.

A mongrel had given birth to about 4 to 5 puppies days before the Glacial outburst of February 7th near the Rishi Ganga Power Plant of Raini Village of Chamoli. As the flash flood brought in a heavy torrential pouring of silt and sludges, everything including the poor puppies seemed to have washed away.

According to the surviving villagers of the area, the mongrel was a first-time mother and a very ardent and devoted mother to her puppies. It was only a week after the disaster the rescuers and other surviving villagers noticed the dog kept sniffing through the rubbles and sludges frantically whimpering.

The yellowish-brown mongrel has been a constant presence amidst the widespread debris desperately looking around and searching for its lost puppies. It did not take long for anyone to guess what she was desperately searching for, however, given the sheer massiveness of the flash flood, the chance of any good news is almost impossible.

In a similar incident that occurred inTapovan Hydel Power plant nearby, another stray mongrel by the name Blackie has been a constant presence amidst the rescue operation. Even this poor soul seems to be desperately searching for something or rather someone.

Turns out that he was being taken care of by the employees of the Hydel Power Plant.  According to the surviving workers of the plant, Blackie usually ate and slept at the Hydel Power plant complex. So, the unfamiliar faces of the rescue operators must have surprised it.

The dog seems to be waiting for one of the men who were a part of the Tapovan Tunnel crew that lost their lives under the blocked entryway of the tunnels. The saddest part of it all is that it seemed to be constantly searching and barking while waiting for at least one familiar face to respond to its plea.

Amidst the massive sorrow and pain of the disaster, the tales of two dogs whimpering and waiting for their beloved puppies and caretakers have caught the attention of animal lovers worldwide and many are pondering upon the fact as to how to help the rescue operation.

Also See: Karnataka Initiative: Stray Dogs Will Get Food And Water In Exchange Of Plastic Bottles