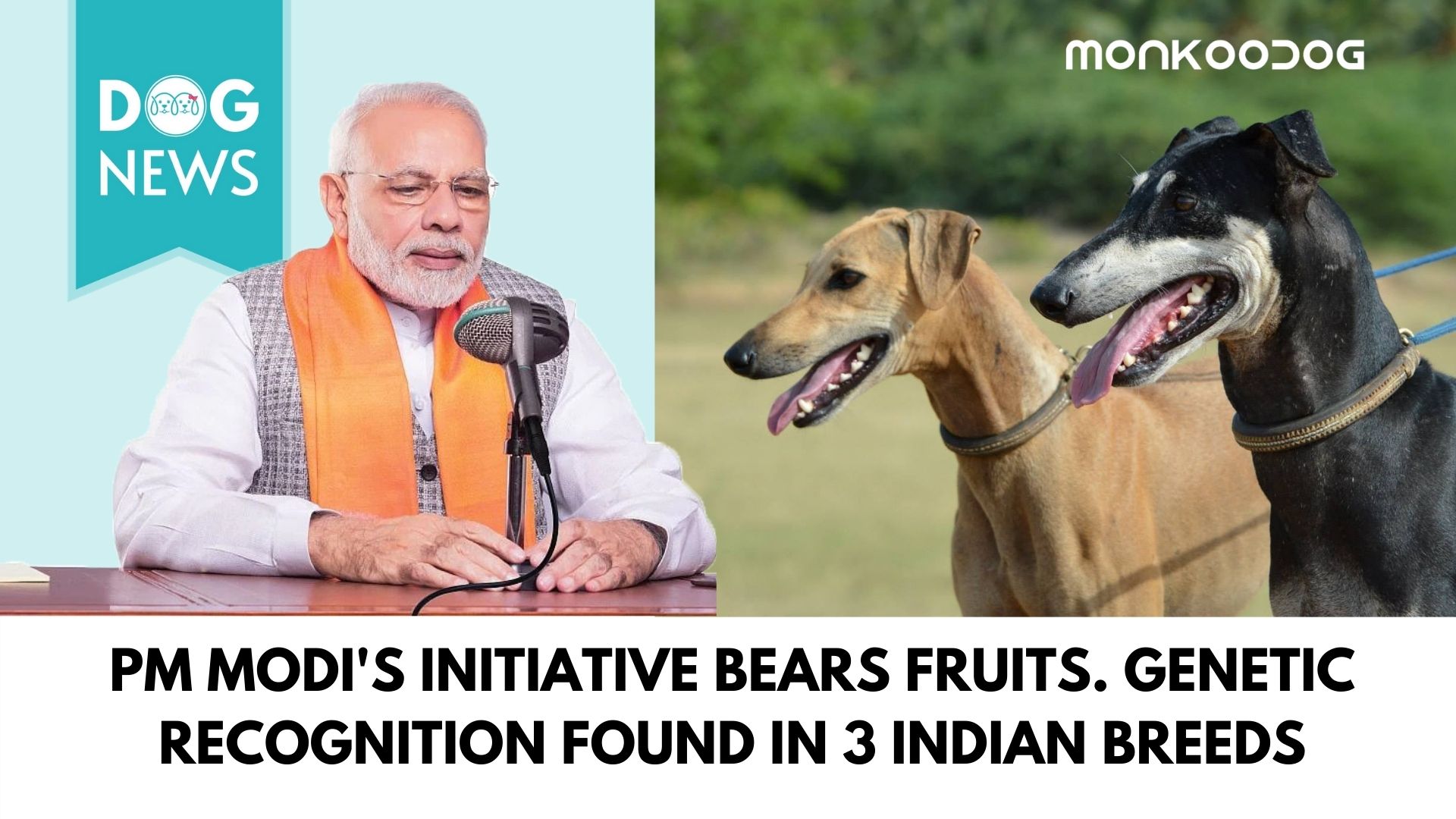 The Chippiparai, Rajapalayam, and Himalayan Bhutia breeds have been added to the list of Indian breeds that Prime Minister Narendra Modi had spoken of in his Mann Ki Baat podcast in the month of August. These three breeds have vastly different characteristics and physical or psychological features. The official gazette has reported that they will share the genetic characteristics of these breeds as soon as they are genetically registered and have been released.

Animals of Indian genetic heritage have a whole lot of unique and amazing characteristics that set them apart in the animal world. However, because of the lack of scientific research in the area of Indian breed characteristics, they have not been in the limelight of animal research despite having distinct genetic properties of their own. However, after Prime Minister Narendra Modi’s heartfelt call for adopting and raising Indian breeds of dogs was aired on his Mann Ki Baat podcast, animals of Indian genetic origins have also started to be recognized by studies and researches.

These breeds are each unique in their own ways and we are yet to learn a lot about these amazing canine breeds. Let’s find some of that out.

Rajapalayam: The Rajapalayam or the Polygar Hound is an Indian dog breed hailing from South India. The name Polygar Hounds stems from the fact that these dogs are believed to have fought the British East India Company alongside the Polygar soldiers in the Polygar Wars of 1799 to 1805. This breed originated from a city in Tamil Nadu, called Rajapalayam city. A rare breed, the Polygar Hounds are found only in select pockets of the state. The white, lean, muscular dog usually measures about 65 to 75 cms. & weighs around 35 to 40 kilos. The Rajapalayam is known to be a good hunter and property guardian and has genetic features that allow it to excel at both.

Chippiparai: The Chippiparai is a sighthound that is from the state of Tamil Nadu. Equipped with typical sighthound features like a streamlined, lean, and muscular body for greater speed, these dogs measure up to 63 to 56 centimeters. The Chippiparai is said to be one of the smartest Indian dog breeds. They are very biddable and fiercely loyal to their masters. Originally bred for hunting small game like hares and birds, the breed was soon absorbed into police training because of their highly intelligent and biddable characteristics.

Himalayan Bhutia: Found in the foothills of Kashmir to Eastern Nepal, the Himalayan Bhutia or the Himalayan Mastiff is a big and strong Indian dog breed that was originally bred as a hunting dog but is currently used as livestock guardian to protect flocks of sheep, yaks, and more. They also aid in hunting in some parts of Tehri Garhwal. The breed can withstand extremely cold climates owing to their double fur-coats. With small, droopy ears and a super fluffy, coiled tail, the Himalayan Bhutia dogs measure up to 76 centimeters and weigh 23 to 41 kgs.

The PM had also mentioned that dogs play a crucial role in rescue missions and disaster management. The National Disaster Response Force has trained many such dogs that specialize in locating people that are stuck under debris from a disaster or accident. These dogs have also been trained by security forces to join their own dog squads. In short, the Indian dog breeds are super intelligent and can be easily trained and absorbed into the line of working, guarding, hunting, or military dogs.