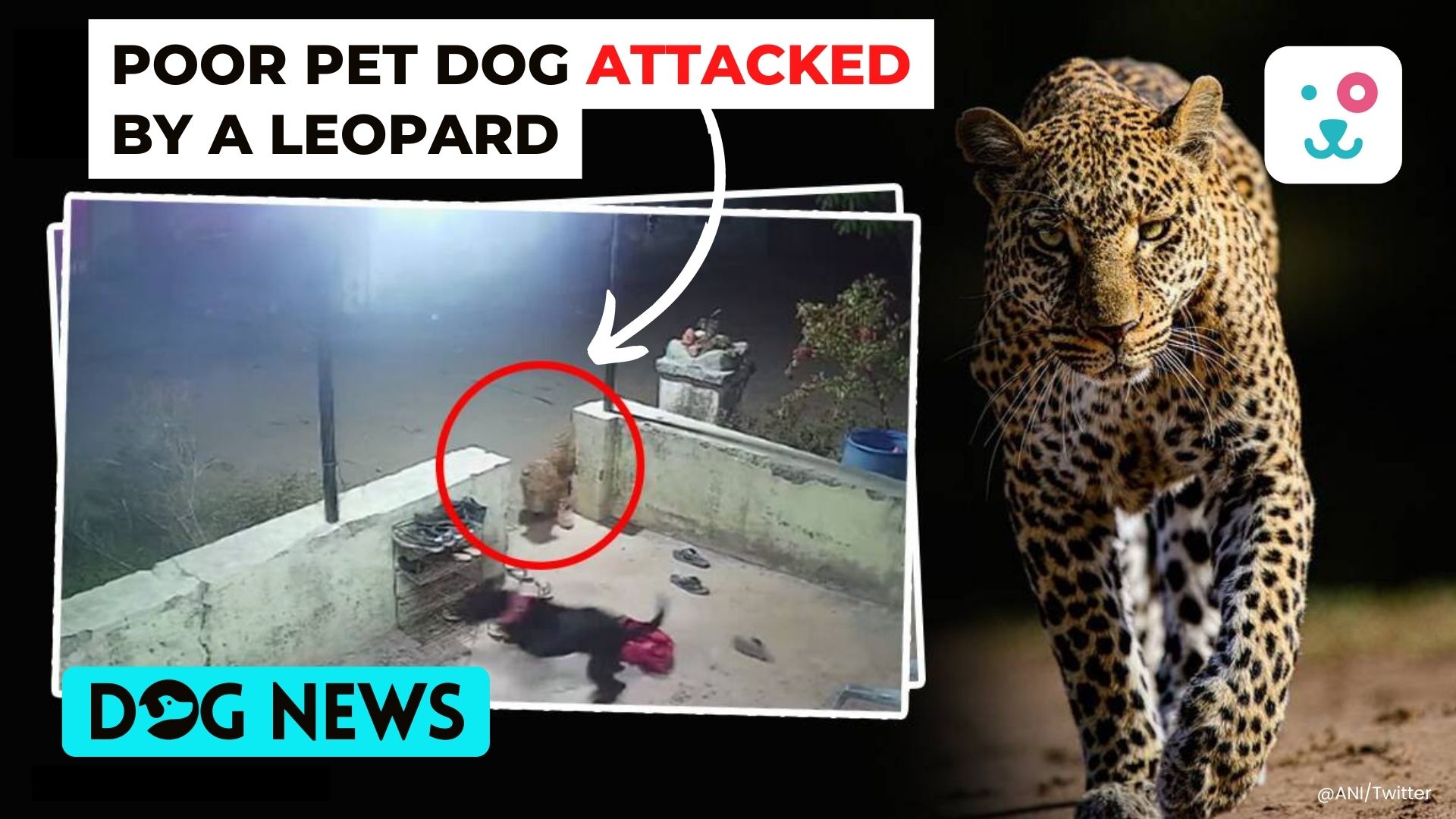 Poor Pet Dog Attacked by a Leopard in a Horrifying Incident

In a shocking incident at Nashik’s Mungsare village on Sunday night, A Dangerous, Bloodthirsty leopard entered a residential housing area around 12:30 am where it attacked a poor pet dog.

A disturbing CCTV Footage shared by a news agency shows the wild animal entering the compound of a village house where it alerted a pet dog wearing a red collar who was sitting on the edge of a low wall.

The Leopard jumps in by surprise and tries to confront the canine; though the video is not very clear, the dog scares away the animal at first, but it later decides to attack the dog.

After a brief struggle with the dog, the leopard is seen dragging away the dog in its jaw in bone-chilling visuals.

Mr. Pankaj Garg, the deputy Conservator of Forest, Nashik, appeals to the people of Mungsare Village to stay alert and remain indoors at night due to the increased leopard sightings and attacks in the district.

Surprisingly, the video footage has more than 65,400 views on Twitter, with reactions from users showing concern for the people of the village.

This is not the first time a leopard has been sighted Pet Dog Attacked, by other animals, and human beings. In March, a 55-year-old woman was struck and killed by a leopard in the Igatpuri Taluka area, a wildlife corridor in the district.

In an evenly shocking incident at Bhuse Village in June 2021, A Leopard was seen killing and dragging away the corpse of a dog who was sleeping outside its owner’s house.

Wild animals have often been breaching human residential areas in search of food due to the shrinking forest areas.