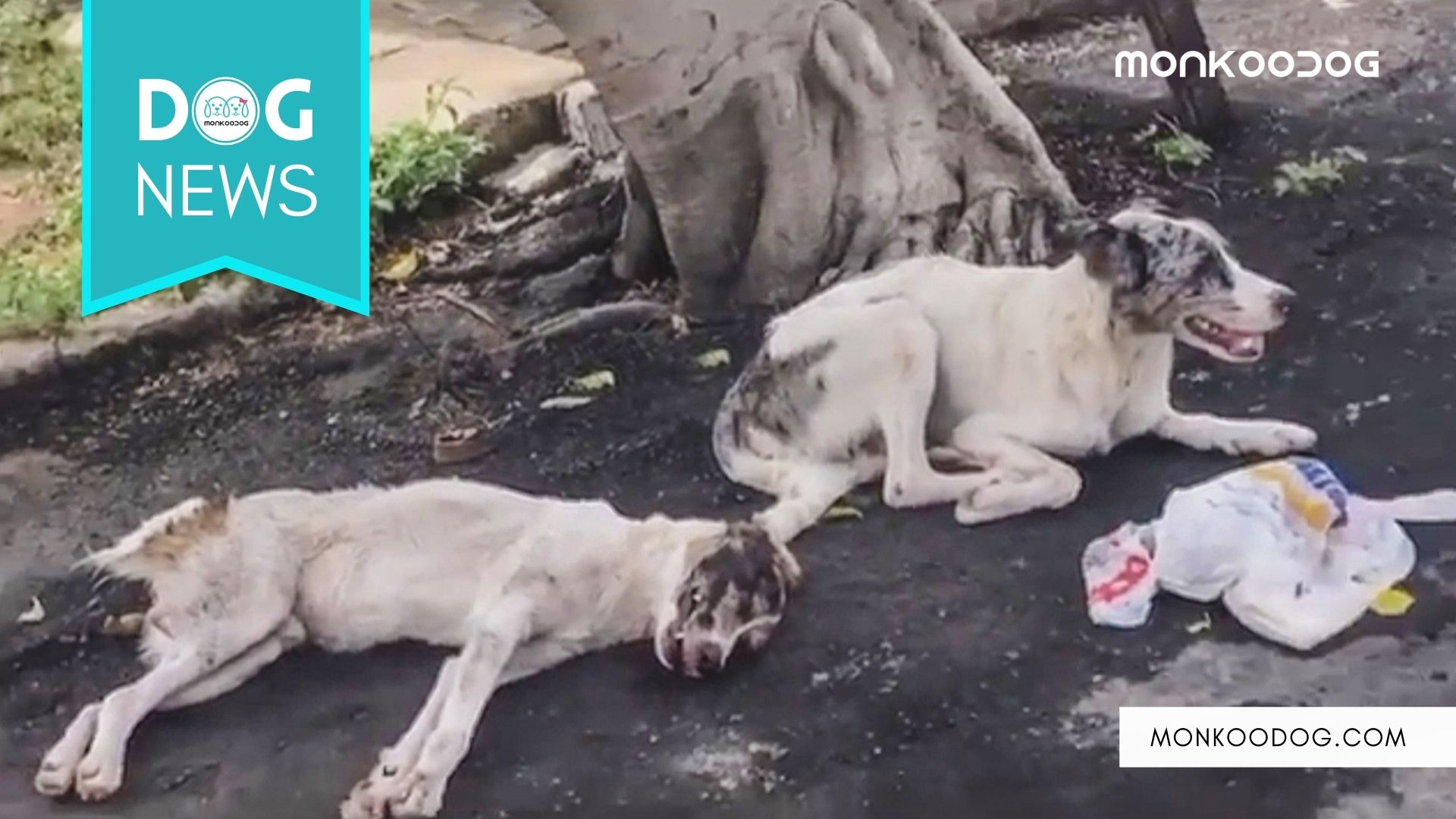 Dogs are perhaps the most loyal being on this planet known to humankind. For centuries their tales of heroic deeds, compassionate acts, and even the sense of loyalty have always been set forth as examples for us humans to learn from.

However sadly enough, despite being such a lovely species, dogs are perhaps among the most ill-treated animals also. Tales of dog meat trading, abandonment, sexual pervert acts, and physical abuse are reported almost every day by someone or the other.

2 days ago a man in Surat, India dragged a tied-up dead dog through the road while another in Mysuru, India was busy raping a 2 yrs old stray before being caught on the camera. In Russia, a few dogs got chemical douched in copper sulfate from an abandoned chemical factory, while in a small Chinese town a racket of private household backyard dog breeding for meat was busted after months of operation.

With an alarming increase in the number of strays globally, many NGOs have come forward to help in neutering and vaccinating these innocent beings along with multitudes of effort to get them adopted into a family. Given the beautiful innate nature of this species, with time their condition is bound to improve as more dog-loving humans step forward to take part in their rehabilitation and rehoming purpose.

Also See: Dog Got Trapped With A Leopard For A Night In The Bathroom Of Karnataka

There is a reason why dogs are seldom considered nefarious or a danger to society. Just like humans, they have an uncanny ability to sympathize and love others. Maybe this is the reason why a mongrel from Brazil is on the front page of the news for the past few days.

The first set of videos along with numerous still footage released online on Sunday, 14th of February, 2021, clearly shows a stray dog constantly caring for another stray lying still on the side of a road in Brazil.

According to the passerby and witnesses, the stray dog lying still seemed to have been hit by a passing car during busy work hours. However, the car that hit the dog never stopped to look into what had happened.

Unable to move or fend for itself the dog laid motionless and whimpering in pain on the side. However, another stray dog appeared within minutes of the incident and became a constant presence in the injured dog’s life. He kept licking and caressing the injured dog, expecting it to get well.

The news reached a local charity for animals named Adota Iguatu within hours of the incident. However due to lack of vet in the area and necessary equipment they could only arrive at the location of the incident on Monday morning.

What surprised the vet and the staff was that the healthy stray that was guarding the injured dog became very aggressive towards them and was constantly growling and trying to protect the injured dog. However once the vet won the dog’s trust, it allowed him to finally examine the injured dog.

The second surprise came when the authorities lifted up the injured dog to be taken to the clinic for further treatment. The vigilant stray also got into the vehicle and was not ready to let the injured dog out of its sight.

Once the formalities for the treatment began, the two strays were officially named Caju and Castanha by the Animal Shelter. Hours after the treatment was completed, Caju still remained by Castanha and never left its side for more than a few minutes at the time.

Vet Nurse Marino Assuncao, who was in charge of looking after Castanha stated that the vets think both the dogs might have been related or are siblings given the fact they both are between 10 to 12 months of age and have similar identical spottings all over the body.

The posts and the videos have garnered attention from all over the world and many animal lovers have donated to the Adota Animal Shelter for the medical and aftercare expenses of Castanha and even the food and boarding cost for Caju.

Both the dogs are being cared for at the Adota Iguatu Animal Shelter and the workers are hoping once everything is fine, both the dogs would be adopted together by a single-family or person rather than sending them separate ways.

Also See: 5 Films Which Prove That We All Need A Dog In Our Lives To Be At Our Happiest