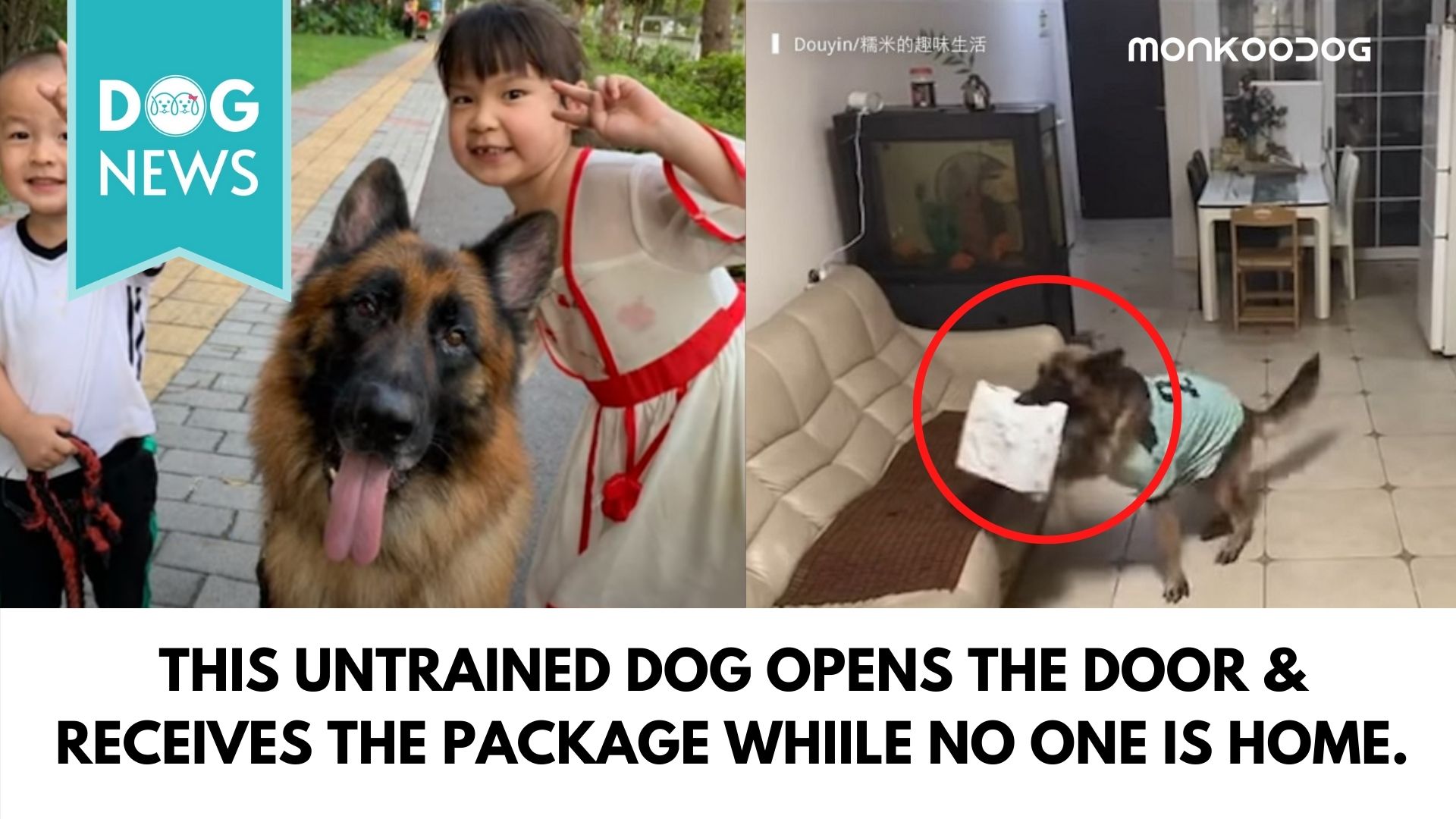 There is no doubt that dogs are amazing creatures. They are not only friendly, loyal, smart but are also very intelligent. German Shepherd is a breed that is best known as working dogs.

Here is the example of the brilliance of a German Shepard named Nuomi who stays alone in the home, when parents are out at work. Nuomi was featured in the South China Morning Post, for what unusual thing he did that was caught by the security camera.

It is seen that when Nuomi was home alone, she received a package from the courier guy, by opening the door himself and buying it in the living space. And also showed the courier person his authority at the house by not letting him enter the house.

There are viewers who say that it is fake, and the courier person was his owner, also on Reddit people commented as the dog was human dressed. But the truth is Nuomi is a smart dog who has been helping his family in many ways.

South China Morning Post, interviewed the courier guy, he said that he was so scared that he also forgot to take the receipt. Obviously one would be because it is very unusual for a dog to receive a package, generally, a person will expect a human to open the door.

Nuomi dad later took him to the courier guy to show him that Nuomi is actually a very gentle and friendly dog.

You can check out the various clips and videos that are going live on social media to see that smart, loyal, and friendly dogs like Nuomi are what every family deserves and must owe.

Also See: Most Popular Costume Choices For Your Pets This 2020 Halloween