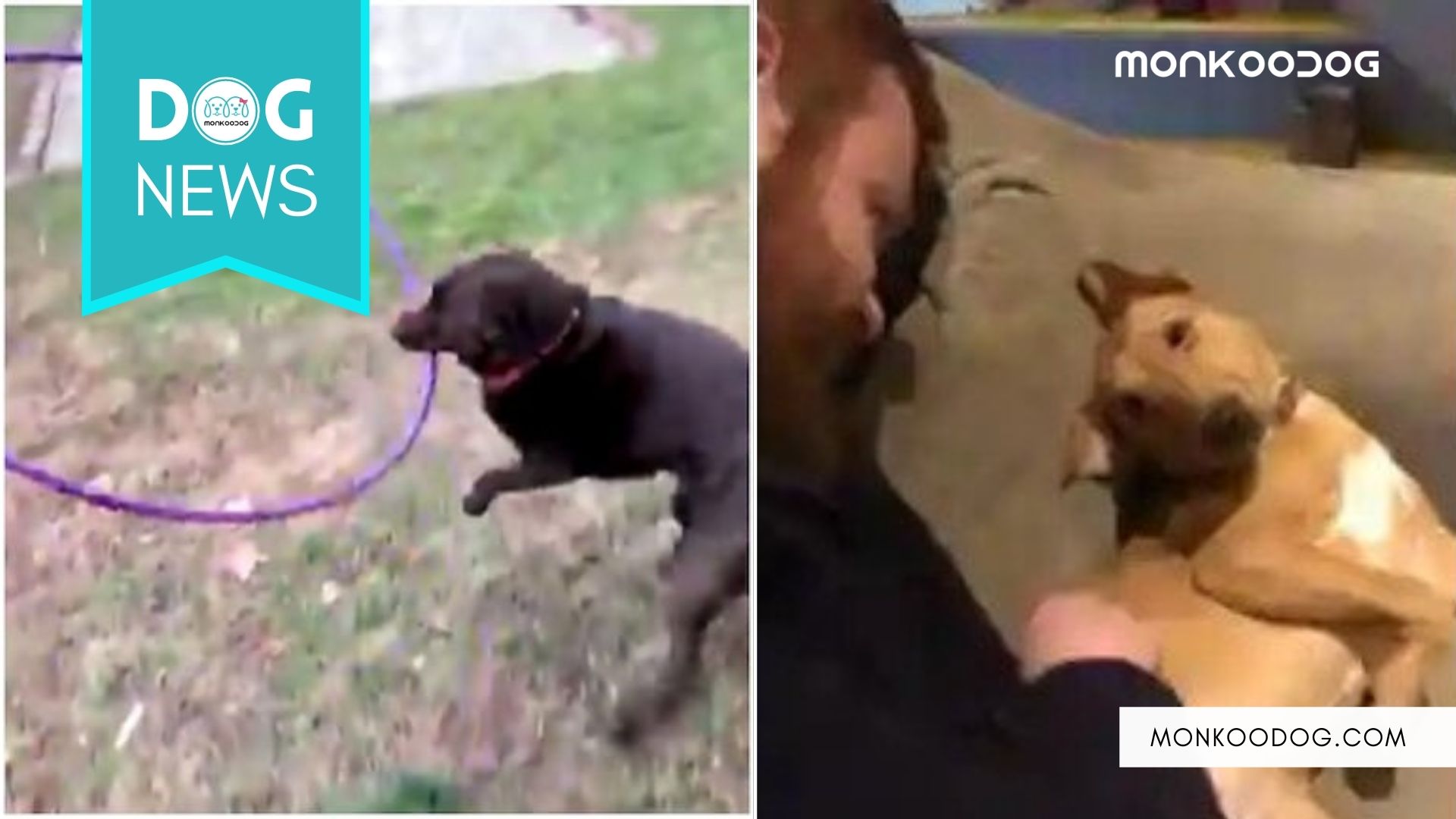 Dogs have always been known as one of the closest non-human companions. Their utter love and loyalty towards humans have baffled behavioral specialists worldwide for ages. Dogs like Togo, Leika, Rin Tin Tin, Nemo, Trakr, Zanjeer, and many more have changed global history with their contributions.

Since the boom of social media, incidents have been recorded and posted on various platforms of their incredible acts. From weird and funny tactics to odd and extremely emotional acts, there is very little dogs have not done to entertain us.

In the past 1 week, two videos of dogs posted on different social media platforms by people living thousands of miles apart have gone viral for all the good reasons. It seems as though the global netizen community cannot stop sharing these adorable videos.

In the first instance, an Instagram user named Jo Johansen posted a short video clip under his handle @cobaltandfaun. Aptly titled, “Caught these two earlier being super sweet”, the video shows a beautiful brown colored dog lying in a very adorable and relaxed state while a man is patiently rubbing his tummy.

The video was once again reshared by another Instagram handle titled WeRateDogs, thus garnering additional attention to the entire episode. Furthermore what makes the video more special is that according to the owner of the dog, the dogs’ name is Millie. She was adopted and taken home to Cork, Ireland by a loving family and this video was just merely a week after being rescued and adopted.

Millie’s trust and love for her forever family and her bonding with them did not seem to have taken very long at all. Her adorably innocent stare as she is being given belly rub has already garnered over 4000 likes and some of the most hilarious comments ever.

Someone went ahead and even compared Millie’s gaze to his commentator’s own love for pizza and how he looks at it. There was also someone who proclaimed that Millie’s eyes looked exactly like a Disney Princess’s innocent eyes.

Similarly, thousands of miles away another video was posted on Twitter by Emmy Winning Publicist Danny Deraney that has garnered massive attention from all over the world, given the fact that he is a public figure himself.

Titled, “ My name is Danny, I cleanse your timeline. Doggy gets new hula hoop.” The video was posted on January 13th of 2021 & it already has over 40, 000 views and almost 3000 likes. Shared over 400 times, the video has since been posted and reposted to various other platforms as well.

The black labrador seems to be sad because his Hula hoop is broken. However, when the person asks if he wants another Hula hoop, the lab seems to get extremely happy and begins to circle around the lawn at high speed probably in an attempt to make the owner understand the fact that he needs a new loop.

Surprisingly enough the dog goes and stops right in front of the storage cabin as though trying to say that there is a spare loop there. The excitement in its eyes when it sees the person getting in to get another hula hoop has the dog almost dancing up on his hind limbs.

As soon as the hula hoop is found, the dog immediately takes with it and continues to do zoomies all around the garden with it in sheer happiness.  The seemingly innocent video is a beautiful reminder that these animals are happy with the simplest of necessities.

Both these videos have a very common concluding factor. Dogs love humans and they are happy with just being around them. Isn’t it so?