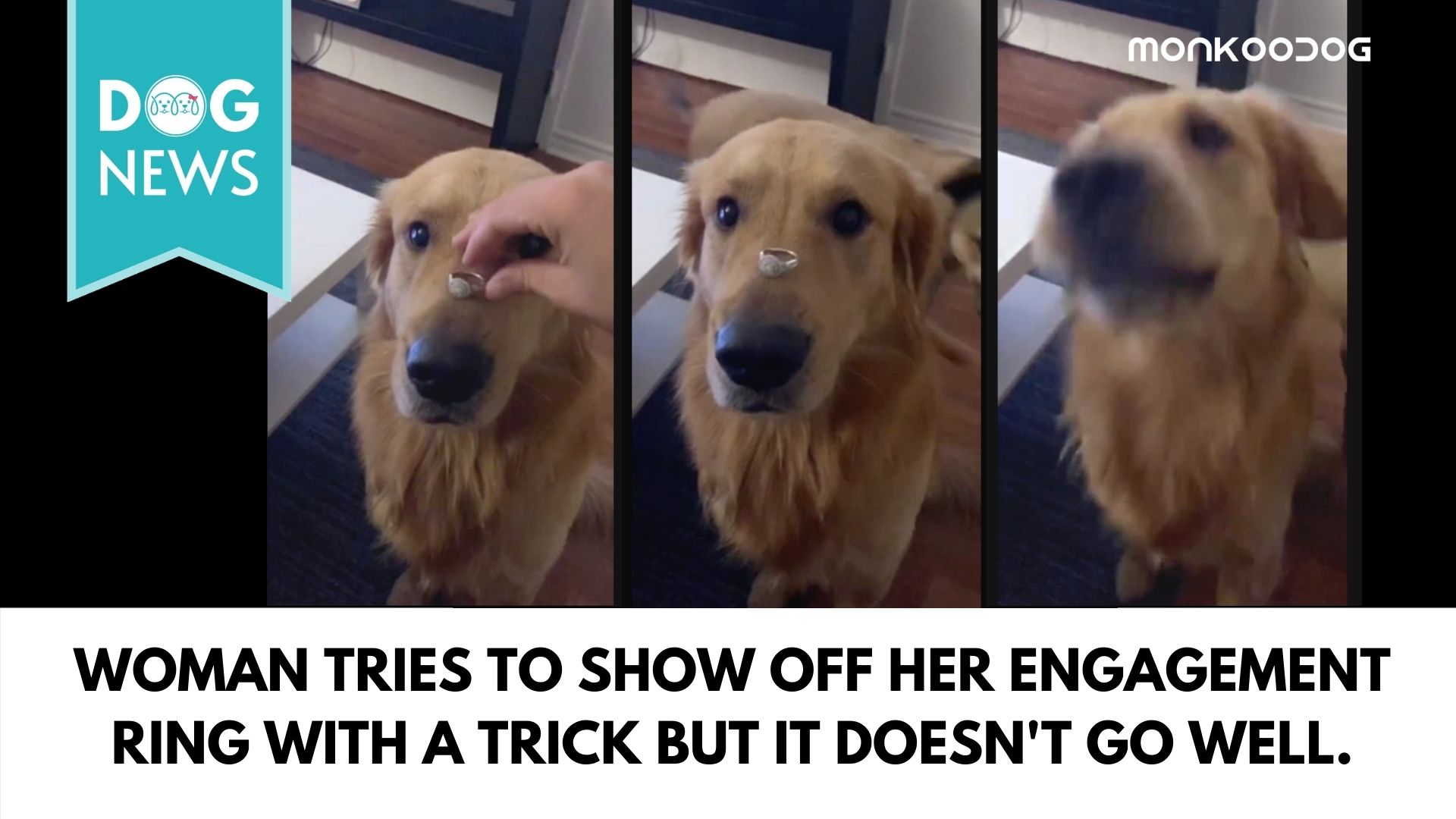 A woman planned a cute video, in which she placed her engagement ring on her Golden Retriever’s nose but the trick does not go as planned at all! The footage shows the woman putting a diamond ring on her dog’s nose and making an engagement announcement on social media. This adorable idea goes horribly wrong as this is what had happened next. The footage that went viral on Reddit shows the woman making her dog pose with her engagement ring on his nose. She places the ring and commands hime to “stay”. The plan would have worked excellently but it went slightly wrong – the pooch ate up the ring.

The video shows that the Golden Retriever obeys the command initially and looks up to the camera sweetly. Seconds later, he flips his nose and chews down the expensive rock. This prompts a massive exclamation of shock from the woman who was the pet-owner and who was also filming the video. This hilarious but unfortunate twist of events was recorded and shared on Reddit with the caption “ What could go wrong if I show off my new engagement ring?”

This video went viral on Reddit, amassing nearly 32.000 “upvotes” in a day. While this was amusing to some, other viewers slammed the pet owner as “irresponsible” and “stupid”.

One viewer accused her of endangering her dog by putting a ring on his nose because dogs are used to receiving edible treats and that diamond definitely was not edible.

Another viewer mentioned that the lady got what she deserved as one should never put a ring on a dog’s neck as if it were a treat.

This might seem funny but such pranks ought to be strongly discouraged and could potentially endanger your pet.