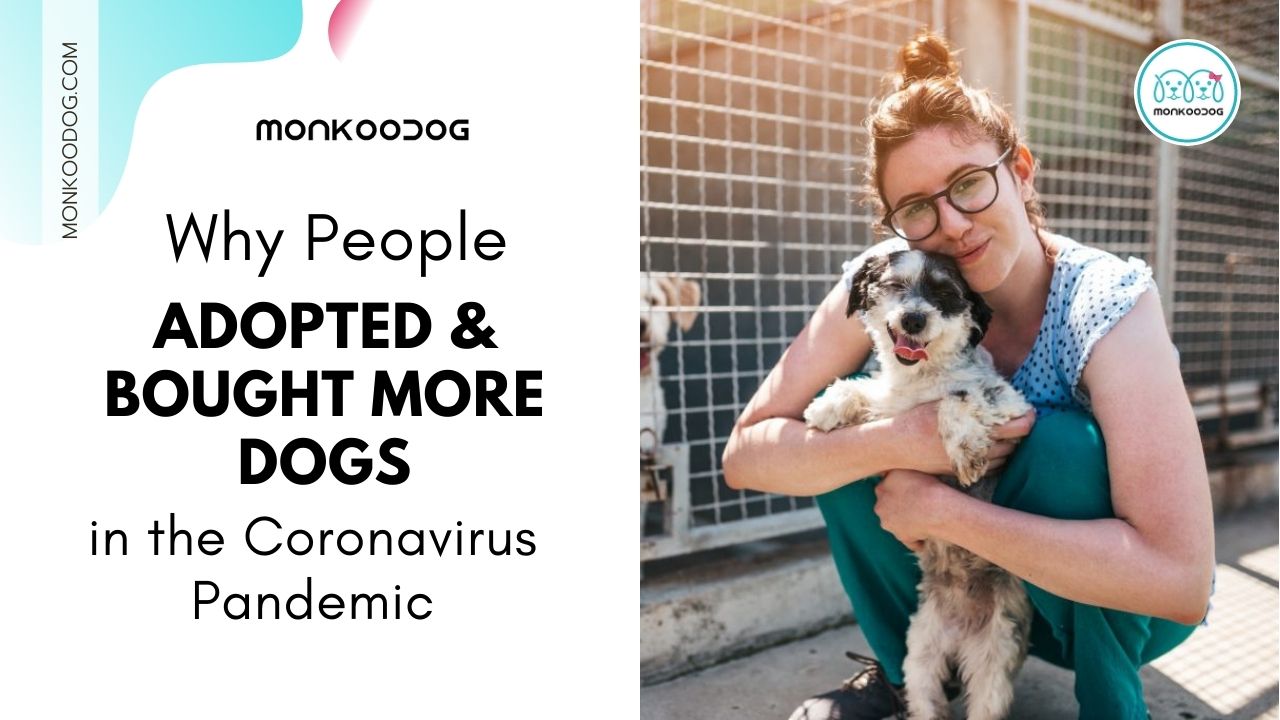 Home » Why Did Dog Adoption And Sales Go Up During The Coronavirus Pandemic?

Why Did Dog Adoption And Sales Go Up During The Coronavirus Pandemic?

Taking a walk down memory lane, we all remember the Cabbage Patch Kids frenzy of 1985 or the Tickle Me Elmo craze of 1996 when the nation went into a consumerist frenzy that consumed the collective consciousness of the USA. However, in order to track these consumer behavioural patterns, one must always take stock of the socio-economic and political context of the times and then judge accordingly.

Tess Karaskevicus, a school teacher hailing from Springfield has reported that at least five people from her social circles have adopted or bought a puppy in the last two years.

Her own Boxer puppy, Koda, had recently just joined the family on May 28.

She says that the experience has been nothing short of fulfilling as the pet parents have been arranging playdates for their pups while socially distancing among one another.

This has been extremely successful in alleviating pandemic-induced depression among people.

This sudden sore in demand for adopting or buying puppies or dogs, started in mid-March and by July, it was a full-fledged bona fide sales boom, one unlike any seen in the country before.

Certain rescue houses have reported a high number of applications for individual dogs while several breeders have reported waiting lists that extend well into 2021. This sudden surge in the demand for dogs has three main reasons:

She says that while demand is at an all-time high, her inventory is running low, and such is the case with many other rescue shelters for dogs.

This demand continued as the second wave of the pandemic occurred. Bernstein said that those who adopted dogs during the first wave were mostly people who were helping in clearing out shelters before they were forced to shut down. However, she reported that months later a second group and type of adopters came forward.

Being unable to board aeroplanes, people have taken to planning staycations or road trips that are more amenable for dogs anyway. This is why and how adoption rates went higher up during the second wave of the Covid-19 pandemic.

On the other hand, pet adopters from New York City, who had fostered dogs from shelter temporarily at the beginning of this pandemic had ended up adopting these pooches permanently by the end of June.

The foster-turned-adopter pet parents make up almost 10% of the dog-owning community in the USA. The NYC shelters have also reported a lower number of adopted pooches being returned.

This is possibly due to all the policy changes that have been implemented by the shelters owing to the pandemic.

Not only shelters, but breeders also have reported an unusual spike in the number of dogs demanded by customers. This high business level continued well into midsummer.

When the Pandemic will be over

However, what happens when these adoptive pooch parents and their kids return to their work and school are left to see?

These dogs will have to adapt to a whole new lifestyle, drastically different from the one they are leading now.

Like many features of the Covid crisis, this too is uncharted territory. Just like no one was able to predict this pooch buying spree at the start of the pandemic, it is hard to determine what will happen to the dogs and pups at the end of it as well.