Origin of Name:   A Briquet Griffon Vendéen is a breed of hunting dog originating in France. 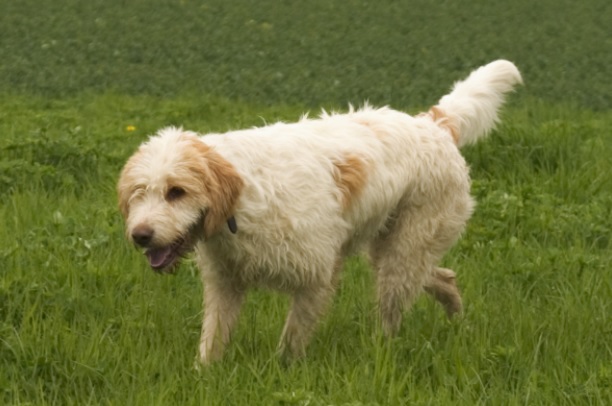 Briquette Griffon Vendine has a long snout and nose, allowing the dog a large area of ​​odor receptors. The nose is shorter than that of Grand Griffon Vendeen. The breed has short-set and dropping ears, although the ears are not as long as in a buss hound-like breed. The breed showed excessive skin on the lips, giving the dog the appearance of a square snout. The skull of the breed is flat, making it appear that the dog's head is small.

As with the Grand Griffon Vendine, the Briquette Griffon Vendine has a Vari coat. The breed's fur is thick with a thick undercoat. This coat protects the dog from the elements and makes it more capable of working in and around water than many other hound breeds. Briquette Griffon Vendeen should never have a woolen coat. The breed has a mustache, as well as clear eyebrows, which should not cover the eyes. There is an old saying that goes, ""A good hound can come in any color,"" and Briquette Griffen Vendeen is a classic example. These dogs can come in white and orange, white and gray, black and tan, tricolor, fawn, orange, gray or light brown.

As with many French hounds, the briquette Griffon Vendeen is considered a strong and well-proportioned dog. This breed in particular should never be heavy. This breed is rather fleshy, but somewhat lower than many hound breeds. The muscles that are present through the dog's thick coat are not particularly noticeable.

This dog breed is intelligent, are commonly healthy and are low droolers

This breed has seperation anxiety, they are prone allergic reactions and are not cat friendly.

Both types are susceptible to the same health issues. Please see the "Griffon Vanden Main Page" for more information.