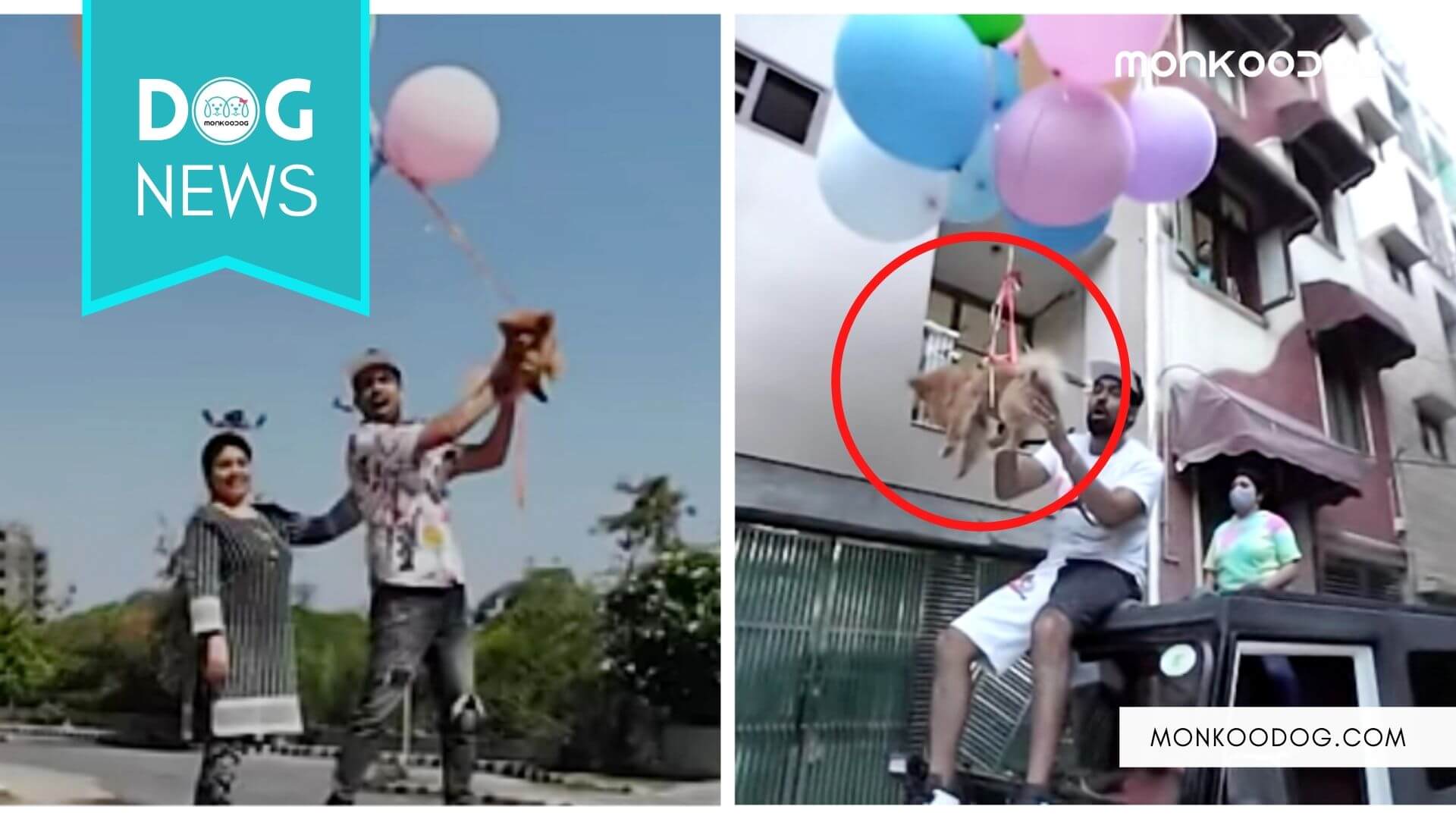 Social media has been one of the biggest boons of the 21st century and has created a very big impact on the global scenario. From education to cooking or any other skill, everything is a step easier with social media.

One of the biggest forums that have changed the Internet into a revolutionary invention is the mega platform of Youtube. With billions of views recorded every minute worldwide, it is the single largest broadcast platform.

Giving the general public the freedom of creativity and a global platform to showcase their ingenuity and talent has been one of the primary reasons why Youtube has become the biggest success story of this generation.

Gaurav Sharma, an Indian Youtuber based in Delhi has been trending worldwide since May 21st, but for all the wrong reasons. His channel GauravZone has a huge following of over 4 million subscribers.

On May 21st of 2021, Gaurav posted a video where he was seen trying to fly his pet dog using a few Helium balloons. The video which was shot along with a female associate begins with Gaurav actually visiting a helium balloon shop and conversing with the owner. He can be clearly seen and heard asking the owner about how many balloons would be required to fly his pet dog Dollar.

A small size pomeranian, Dollar is then tied to a bunch of balloons, and the entire footage of their attempt to fly the dog is recorded from a car and a drone. Gaurav mentions in the video that he had taken all necessary precautions for the stunt but many viewers claimed that it still was dangerous and life-threatening footage. The video once posted received a very severe backlash from viewers worldwide as well as his own fan following.

Within hours of posting the video, it had to be taken down but the damage was already done. Multiple reports were filed against him from all over the country under the Animal Cruelty Act. Officially Atul Thakur, DCP, SOuth Delhi registered a case against Gaurav Sharma at Malviya Nagar Police STation and an immediate order to arrest him was sent out.

An investigation is underway and Gaurav has apologized for shooting the video since then. However, given his enormous fan following, many netizens fear that the video would have a negative impact on many youngsters who had already watched it before deletion.

Known for posting funny content on pranks and other weird experiments, his channel has over 700 million views. Since its inception in August of 2013, the channel has been garnering quite a lot of attention with its oddball videos and ideas.

With a few more million followers on his other social media handles like Instagram, Twitter, and Facebook, his status quo as Social Media Influencer has also bagged him numerous ad gigs and guest features on various shows. But the entire stunt of using his pet dog Dollar for such a precarious act is condemned as a true inhuman deed and many are asking for much more strict punishment for this grievous deed.

Activists worldwide have been pointing out the numerous flaws in the directives of the Youtube algorithm and its video publishing guidelines and policies, but a majority of the time it is declared to be the uploaders’ fault and the blame and apology come from them just like in Gaurav’s case.

Also See: Google Officially Claims The Title Of Being The First ‘Dog Company