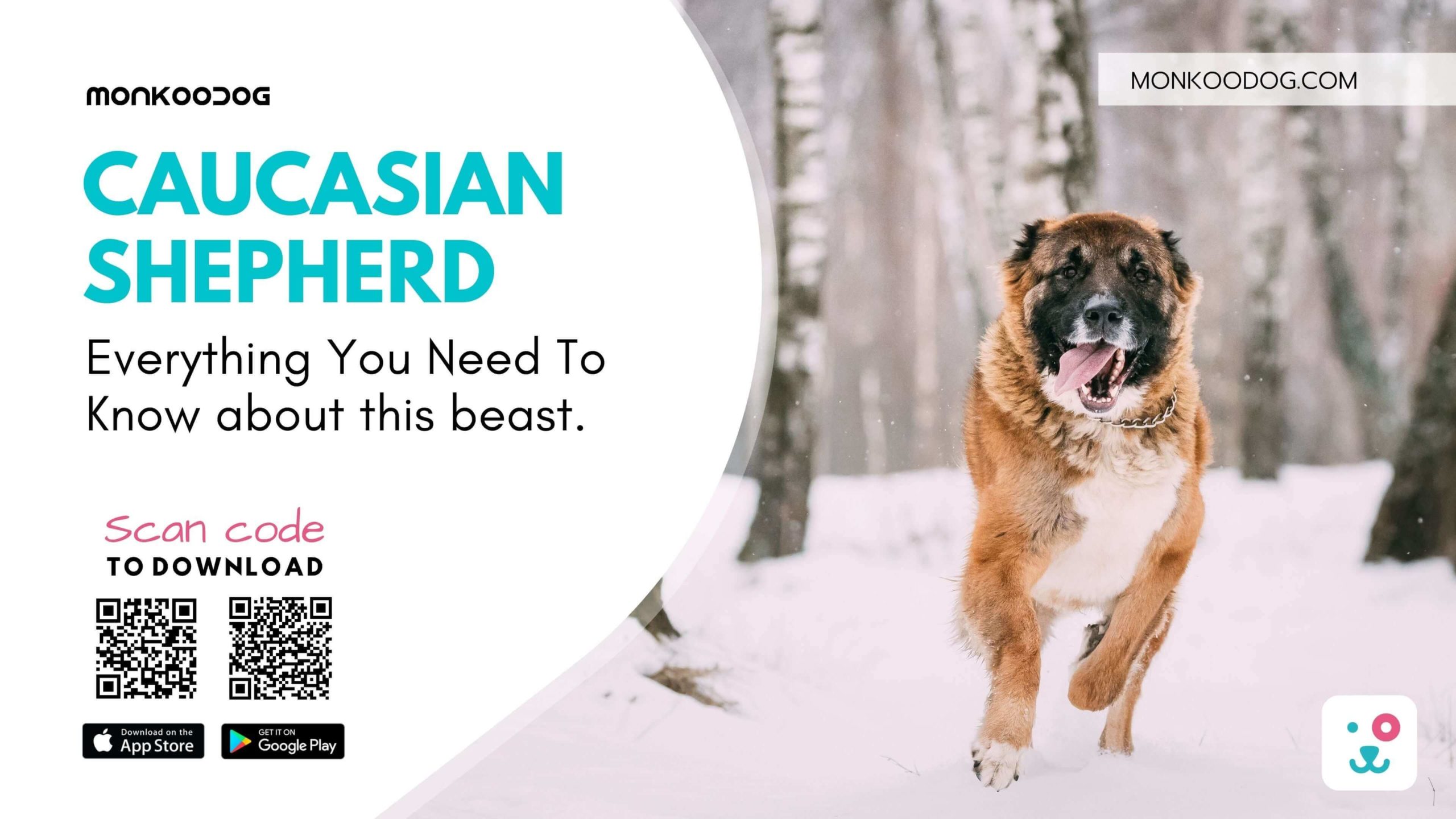 Home » Caucasian Shepherd: Everything You Need To Know

Caucasian Shepherd: Everything You Need To Know

The Caucasian Shepherd Dog is a formidable family protector who is loyal, strong, and fearless. In the harsh Caucasus Mountain area, they were raised to look after herds and protect the house against wild predators.

Even against bears or wolves, this large breed is fiercely territorial and will not back down from a confrontation.

Although Caucasian Shepherd Dogs are bright, they can be tough to teach due to their obstinate, independent personality.

If an expert trainer does not keep them in control, their innate suspicion of outsiders and other animals might develop into violent behaviors.

The Caucasian Shepherd is a serious guarding dog that should never be underestimated.

When a threat is present, the Caucasian is brave, fearless, self-assured, and fierce, yet he is gentle, loving, compassionate, and charming to his family, including other household pets.

For generations, Caucasian Shepherd dogs have been employed to deter trespassers, defend cattle from large and small carnivores like wolves and coyotes, and perform a variety of other tasks.

What Is the History of Caucasian Shepherd Dog?

The Caucasian Shepherd Dog is one of the oldest and most ancient Molasser breeds, with the origins of these massive, protecting canines unknown.

They’ve been present for more than 2,000 years and come from the Caucasus Mountain area. Some say they are descended from domesticated wolves, while others claim Mastiffs and other breeds are among their ancestors.

Caucasian Shepherd Dogs have been a vital companion to shepherds in the Caucasus area for ages, regardless of where they originated.

They aggressively protected sheep flocks and their owners against predators like wolves, jackals, and bears.

They had to be brave, powerful, and menacing, as well as able to withstand the cold and hard surroundings. Because the Caucasus Mountain region is so large, several distinct breed variations occurred, yet the Caucasian Shepherd Dogs that originated in Georgia became the breed standard that is recognized by most kennel associations today.

The communist USSR began employing Caucasian Shepherds as prison guard dogs in the early 1900s and utilized them to produce other breeds in army kennels.

East Germany used the breed as border police dogs along the Berlin Wall in the 1960s. When the Berlin Wall came down in 1989, 7,000 patrol dogs were distributed, with many being donated to German families to live out their days.

Although shepherds still employ Caucasian Shepherd Dogs to care for flocks, they are largely utilized as household pets, watchdogs, and house protectors nowadays. They’ve kept a lot of their cautious, standoffish, and even aggressive characteristics, so they’ll require early socialization and strength training to avoid mishaps.

How Big Are Caucasian Shepherd Dogs?

The size of Caucasian Shepherd Dogs is enormous. Males are somewhat bigger than females, weighing 110 to 220 pounds on average, compared to 100 to 180 pounds for females.

Certain dogs may weigh more or less depending on where they were born or what breed they are. Mountain dogs have higher muscle mass, whereas plain dogs have a slimmer build.

How Is Their Temperament?

What Are the Health Issues That Caucasian Shepherds Face?

Although the Caucasian Shepherd Dog is generally regarded as a healthy breed, it is susceptible to hip dysplasia, as are many big breeds. Cataracts are also a possibility.

Obesity is one of the most prevalent issues they confront. Caucasian Shepherd Dogs must be fed a giant-breed diet, although they do not have excessively high energy levels, which should be taken into account.

They’ll need to be exercising, and vets should keep an eye on their weight. Consult your veterinarian or a nutritionist about developing a suitable diet and exercise routine for your Caucasian Shepherd Dog to avoid obesity. To minimize bloat, your veterinarian may advise you to feed them smaller, more regular meals throughout the day rather than larger ones.

What Do I Keep in Mind While Taking Care of It?

What Is the Feeding Pattern?

Shepherd, Caucasian Dogs should be fed a steady diet designed for a large breed with a low amount of energy. You should consult your veterinarian or a professional nutritionist to determine the type of food and quantity that is best for your dog.

From puppyhood through adulthood, the ideal diet will fluctuate and may be modified according to medical needs.

To prevent dogs from acquiring bloat, a life-threatening disease, lighter, more often meals may be advised.

What Is the Colour of the Coat and How Do I Do the Grooming?

Are Children and Other Pets Safe Around Caucasians?